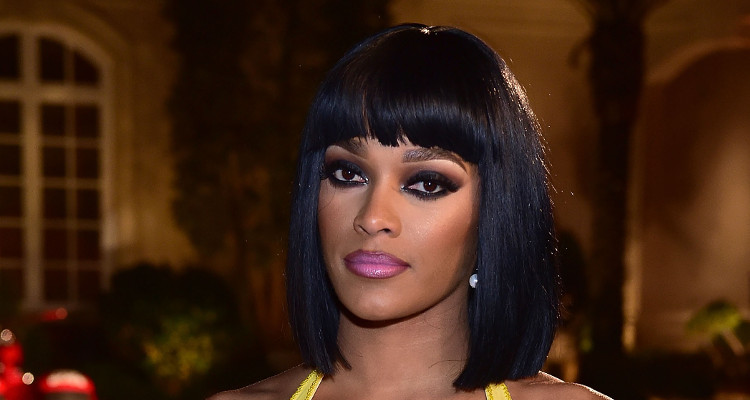 Joseline Hernandez is an ambitious and determined woman. Her tough childhood in a violence-ridden Puerto Rico gave her the strength and motivation to come to America and work hard to start a career in showbiz. Today, with a modest net worth of $500,000 and a baby girl to take care of, Hernandez is working around the clock to provide for herself and her family.

She spent her childhood in a rough public housing system in Puerto Rico. At the age of 16, Joseline Hernandez had to strip in order to support her family. Still, she did not give up her dream of becoming the person she wanted to be. Today, Hernandez is an actress, singer, and reality television personality, who is best known for her appearances on the VH1 reality shows Love & Hip Hop: Atlanta and Stevie J & Joseline: Go Hollywood. People want to know more about the singer, especially Joseline Hernandez’s net worth, so here is everything we know about Hernandez and her burgeoning career.

Joseline Hernandez was born on November 3, 1986 in Ponce, Puerto Rico. That makes Joseline Hernandez’ age 30. Her biological father died of a drug overdose. When she was 10, Hernandez moved to Florida with her mother Carmen, stepfather Luis, her older sister and four brothers. Joseline Hernandez’s youngest brother has autism and requires special care. The family needed extra money, so Hernandez became a stripper at the age of 16 to help out. She was arrested twice for lewd and lascivious behavior in 2003 and 2007. Though she has lived most of her life in the United States, Joseline Hernandez is proud of her Puerto Rican nationality.

Life Changes for the Better

Hernandez’s situation improved when she met Grammy Award-winning music producer, Stevie J in an Atlanta strip club she worked at. In 2012, Hernandez became part of the original cast of Love & Hip Hop: Atlanta, in which she appeared as Stevie J’s new artist. The two soon became romantically involved. She appeared in all six seasons of what is one of VH1’s most popular shows. Its success and popularity made Hernandez famous, taking her to the 2013 AVN Awards, 2013 BET Hip Hop Awards, and the 2015 BET Awards. She also made appearances in several of Stevie J’s and Trey Songz’s music videos, including the latter’s “Hail Mary,” The Game’s “I Remember,” Ciara’s “Body Party” and Faith Evans’ “I Deserve It.”

Marriage is a Hoax

As are all things regarding Hernandez, her personal life has also been controversial. She is openly bisexual and initially claimed to have gotten married to Stevie J in 2013. But in 2016, it was revealed that their marriage was a publicity stunt. Hernandez also admitted that though they were in a long-term relationship, they were never actually legally married.

In 2016, Hernandez acted in Lee Daniel’s television series, Star. She played a stripper in the pilot episode and returned later for three more episodes in 2017. Hernandez has been busy in 2017, as well being a guest co-host on the syndicated talk show, The Real. Joseline Hernandez’ Instagram account is a great place to stay connected with the star and see what she does next!

Taking care of her baby and growing her career gives Joseline Hernandez little time for anything else. Despite her humble and tough beginnings, she has achieved fame and success on her own terms. We cannot wait to see what she does next!