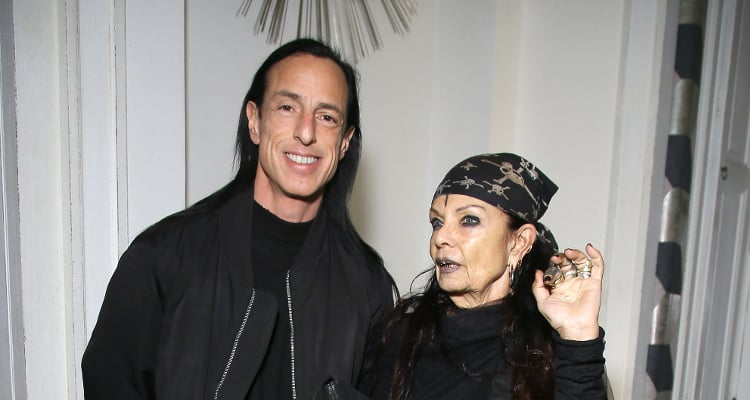 Michele Lamy has been the inspiration and muse for designer Rick Owens ever since the two met. Lamy has lived a bohemian life that others can only dream about and has vast reserves of creativity and imagination. Well into her 70s, she is as sharp as ever when it comes to everything fashion.

Every artist needs a muse to serve as the inspiration behind their creativity. That’s exactly what Michele Lamy is. She is married to Rick Owens, a famous American fashion designer. Though Owens is well known in the fashion world, not much is known about Rick Owens’ wife. Michele Lamy has been mostly behind the scenes, while Owens has been in the limelight with his creations in clothing and furniture. To learn more about her, here are some details from Michele Lamy’s wiki.

Who Is Michele Lamy?

Michele Lamy is of Algerian origin and was born and raised in France during the second World War. It is assumed that she was born in 1944.

Age aside, she is still a sharp dresser with a deep knowledge of fashion and creativity. The latest example comes from Michele Lamy and Rick Owens’ costumes at the Met Gala 2017. Lamy wore a one-of-a-kind red dress, while Owens was in his trademark black jeans, shirt, and boots.

Not much is known about Lamy, as she prefers to keep a low profile. She says that there have been two distinct phases of her life: before she met Owens and after she met Owens. Lamy came from a rich, provincial family she wanted to escape from, so in her 20s, she quit law school and became a stripper!

Before she met Owens, she was involved in the Paris May 1968 protests and even wanted to be singer Bob Dylan in the 1970s. Lamy says she spent her 30s trying to live the Californian dream by being surrounded by artists and creative people.

This was also when she gave birth to her daughter, Scarlett Rouge. Lamy spent her 40s in Los Angeles in what she calls an “entrepreneurial era.” This was also when she met her future husband, Rick Owens. The two have lived together since, and she has been the inspiration for most of his work.

Most people see Lamy as a onetime cabaret consort, restaurateur, designer, filmmaker, and protégée to French philosopher, Gilles Deleuze. In person, Lamy comes across as an interesting and creative individual, who is very aware of herself.

She is admired for her unique jewelry, tattooed hands, gold teeth, using kohl in her art, and her bohemian lifestyle. Lamy dislikes routine and is always trying to be innovative in everything she does. Her mantra is, “Always surprise your friends.”

To see Michele Lamy in her element, check out her Instagram account. There, you can get a sense of the creativity and artistic fervor that Lamy is known for. As long as Lamy continues to increase the canvass of imagination for Owens’ work, we can expect more innovative work from him!