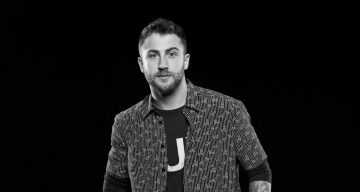 Jordan McGraw started playing the guitar at the young age of 15 and made up his mind to become a musician. Although he’s the son of the famous television personality, Dr. Phil McGraw, Jordan worked hard on his art and is now an established singer and guitarist. He has his own band called Hundred Handed, and they have delivered several hits already. With a modest net worth of $1.5 million, an understanding father and family, Jordan McGraw has come into his own.

If you have Dr. Phil McGraw as your father, you would probably get the best advice on how to lead your life. That’s precisely what seems to have happened with his son, Jordan McGraw.

Jordan McGraw is the younger son of the famous American psychologist and television personality, Dr. Phil McGraw. But he has worked hard to carve out a separate identity for himself.

He is a singer and guitarist for the band Hundred Handed, and he’s had a passion for music from an early age. McGraw’s band’s music encompasses rock and pop, and he is an integral member of the band.

Here are a few details from Jordan McGraw’s wiki. 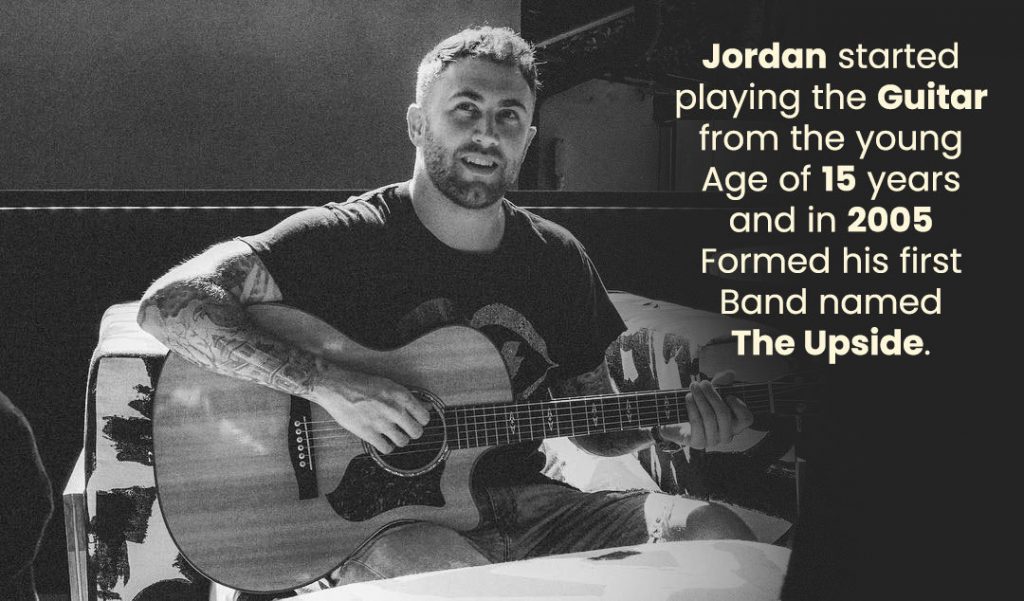 McGraw started playing the guitar from the young age of 15 and formed his first band, The Upside in 2005. He was the vocalist and lead guitarist of this band.

After several years of performing with them, McGraw’s life took a decisive turn in 2010 when he was appointed vice president of A&R at Organica Music Group (OMG). He was already signed on as a primary songwriter for their publishing division. 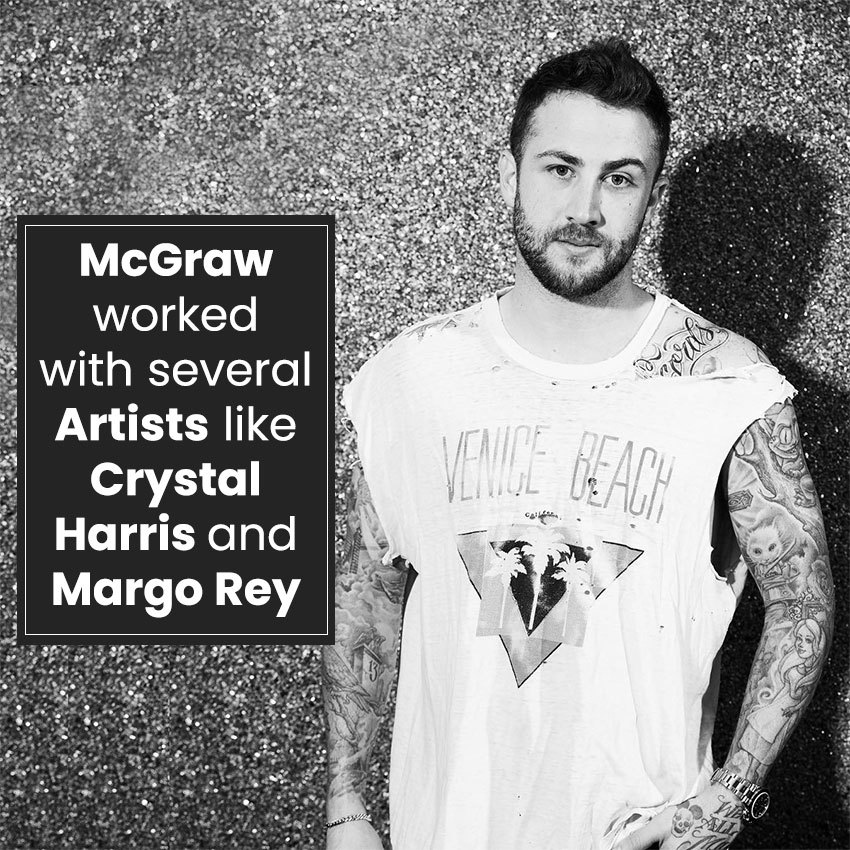 During his stint with OMG, McGraw worked with several artists like Crystal Harris and Margo Rey, and even recorded songs of his own.

Between 2011 to 2015, he was the lead guitarist in a band named Stars in Stereo, based in Los Angeles, California. Unfortunately, the alternative rock band disbanded in 2015 leaving McGraw to decide which way he would go. 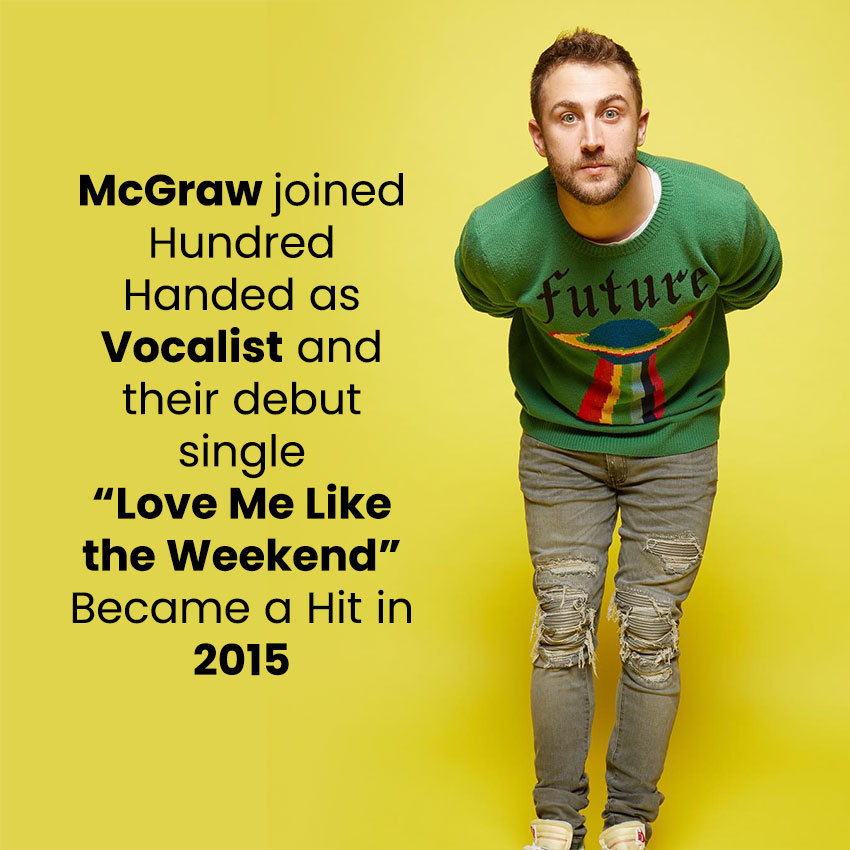 McGraw then joined Hundred Handed as their vocalist and their debut single, “Love Me Like the Weekend,” became a hit in 2015. Drummer Drew Langan and bassist Matt Black were the other members of the band.

In 2017, the band parted company with Black and went their own way. The band then released several singles like “Too Good,” “Miss California,” “Celebrate,” and “Vibe.”

Being Dr. Phil’s son gave Jordan McGraw a lot of advantages, even from a young age. He was mentored by accomplished music producer David Foster throughout his teens. Foster also contributed notes for Hundred Handed’s debut album.

He Has a Modest Net Worth

With Jordan McGraw being busy with his music career throughout these past years, people often wonder about his net worth.

A Family of Achievers

It’s not just Dr. Phil who is contributing to the family’s wealth. His wife, Robin McGraw, and his oldest son, Jay McGraw, are also famous in their own right and are financially independent.

Robin McGraw is a New York Times bestselling author while Jay McGraw is the author of several self-help books aimed at teenagers. He is also a TV executive producer.

Jordan McGraw Has Had an Exciting Personal Life

People often speculate about Jordan McGraw’s personal life and want to know if he has a girlfriend or a wife.

In 2011, McGraw was rumored to be dating American model and television personality Crystal Harris, but he never confirmed the relationship. Some people believe they were just working together and were not involved personally.

Then in 2012, McGraw met Marissa Jack, and the couple started dating. Jack was from Phoenix, Arizona, and sometimes joined Jordan McGraw’s band onstage due to his urging. She too was a rising star in the music industry, with a voice to be reckoned with!

Unfortunately, the couple decided to call it quits (probably around early 2017), after having dated for a few years.

These days, there is buzz that Jordan McGraw has a new girlfriend, but not much is known about her. He has posted some photos of a beautiful young woman on his Instagram account several times since at least since July of 2017, but has not spoken publicly about her at all. The two look very much in love and he calls her his “best friend.”

McGraw’s House Is Straight Out of a Fantasy

The musician is very creative, and his Los Angeles abode is proof of this. Jordan McGraw’s house has a Tim Burton-inspired interior!

He said about his home, “The whole place, the idea is kind of Tim Burton threw up on a canvas, and it turned into a house.”

Not surprisingly, it is an ideal home to host extravagant parties, which he does every once in a while. 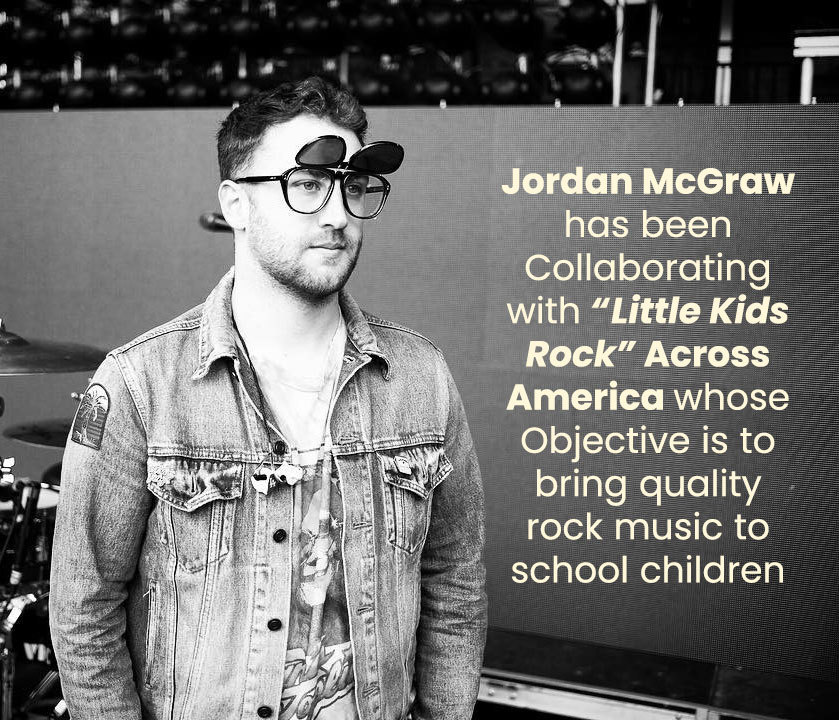 Jordan McGraw has a soft side to him as well, and he is especially interested in helping children. He has been collaborating with an organization called Little Kids Rock Across America. Its objective is to bring quality rock music to school children across the United States.

His passion for music is evident from his Instagram account. It is full of photos of McGraw performing at live concerts, working in the studio, and hanging out with his band and father Dr. Phil. There are also posts of his pets, favorite cartoons, and several pics of himself dressed in fashionable duds.

McGraw Has Come Out of His Father’s Shadow

These days, McGraw is busy working on his music both with his band and as a solo artist. He is just 31 years old and coming into his own.

It’s not easy being Dr. Phil’s son considering how famous and well-known his father is. But Jordan has made a name for himself in his own field and people are definitely beginning to take notice. 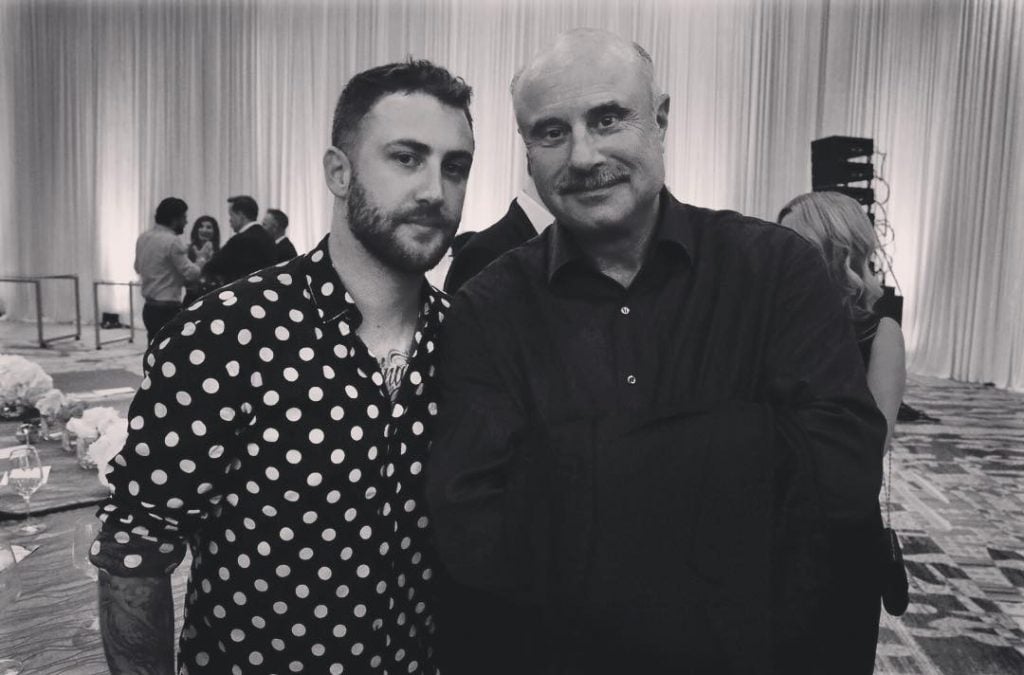 Nobody is prouder of him and his achievements than his father and Jordan McGraw intends to keep things that way in the future as well.

Also Read:  John Mayer’s Girlfriends: Who Is John Mayer Dating Now & Who Has He Dated in the Past?