John Mayer is one of the biggest musical sensations of this generation. With huge hits like “Daughters” and “Your Body is a Wonderland”, the singer always manages to pull at the heartstrings of his listeners and top the music charts while doing so. A lot of his songs are about his past relationships, which leads many to wonder about John Mayer’s dating timeline. Is John Mayer currently dating anyone?

Aside from his incredible musical talents and undeniable good looks, there’s only one other thing that John Mayer is really known for: his ability to romance and entice some of the most beautiful and talented women in Hollywood. His smooth singing voice and boyish charm has attracted the likes of Jennifer Aniston, Katie Perry, Taylor Swift, and Jennifer Love-Hewitt. With a versatile dating profile like that, it’s not surprising that John Mayer’s girlfriends list is always growing.

That leaves a lot of fans—particularly the female ones—wondering who the soft-voiced crooner is dating, and what types of women he likes.

Who is John Mayer dating now? Reportedly, the 40-year old singer was recently spotted out and about with Hailey Baldwin, 21. That was, until she was caught making out with The Biebs over the weekend!

Though it squashes rumors of the possibility that she’s John Mayer’s latest fling, it does send curious minds wondering who he’s been linked to in the past. Let’s take a look at John Mayer’s dating history to find out!

Depending on how you look at it, John Mayer has either been very lucky or unlucky in love. All you have to do is listen to enough of his music to realize that he’s extremely experienced in all matters of the heart. The Grammy Award Winner has been through so many ups and downs in his romantic life that he could easily give Taylor Swift a run for her money! Ironically, the two of them briefly dated, but it didn’t really go anywhere. The Connecticut-born singer has always been very open and unapologetic about his past relationships, which is kind of like a breath of fresh air in the entertainment industry.

Here’s a look at the women that John Mayer has loved and lost:

Timeline: Rumoured to have dated, March 2018

In March of this year, Mayer and Baldwin were spotted enjoying a night out together with their mutual friends Boy Meets World actress Danielle Fishel and Jensen Karp, who had just gotten engaged. Baldwin serves as a host for the show Drop the Mic, which is produced by Karp. It’s possible that the reason the foursome went out to dinner together was to celebrate the news of the engagement, but Baldwin and Mayer were photographed sharing a tight embrace outside of the restaurant after their meal. That sparked a lot of speculation that their feelings for one another might be more than just platonic. But according to TMZ, the hug was “super friendly” so it’s hard to say what the story is here. 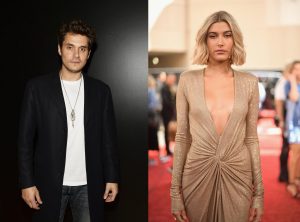 Read About All of Hailey’s Boyfriends Prior to Her Engagement to the Biebs!

Back in the spring of 2017, it was reported that John Mayer went on a few dates with then up-and-coming actress, Natalie Morales. You might recognize her from her roles on The Santa Clarita Diet, Parks and Rec, The Grinder, and Grace and Frankie. She may be seven years younger than him, but that didn’t stop the two of them from enjoying some much-needed quality time together! Apparently, the singer was even “telling [his] friends he’s finally falling in love again.” The couple had a lot of mutual interests to bond over as she’s also an avid music and animal lover.

In June 2017, Morales wrote an insightful essay posted on Amy Poehler’s Smart Girls blog, in which she admitted she’s queer, which she defined as being “attracted to people” not their gender. Natalie has boldly stated that she has no interest in fame and doesn’t want her private life being talked about in every tabloid at your local grocery store, so she’s very selective about the information she shares in interviews, if at all. 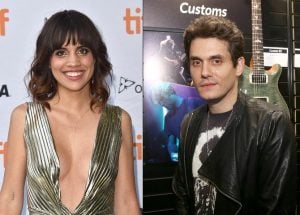 For two years, Katy Perry and John Mayer were the music industry’s unlikeliest “it” couple. The pair had a pretty rocky off again, on again, and then permanently off again relationship between 2012 and 2014, before she moved on to date actor Orlando Bloom.

In a totally awkward, yet entertaining Witness Worldwide livestream segment, Perry reluctantly admitted (after continuously being prodded by host James Corden) that Mayer was the best lover she’d ever had!

The Roar singer looked absolutely mortified and refused to answer the question at first, but complied with a non-verbal gesture, uncharacteristically shying away and averting her eyes from the camera.

When asked about this funny moment during an interview with Rolling Stone magazine, Mayer had a very down-to-earth and nonchalant response: “I don’t have a cool-enough thought for you. I’ve hacked this game. I pay very little of the price of fame now. I get to play the music that moves me the most. I’m having the time of my life. I’m 39—I remember 32. I don’t want to do it again.” 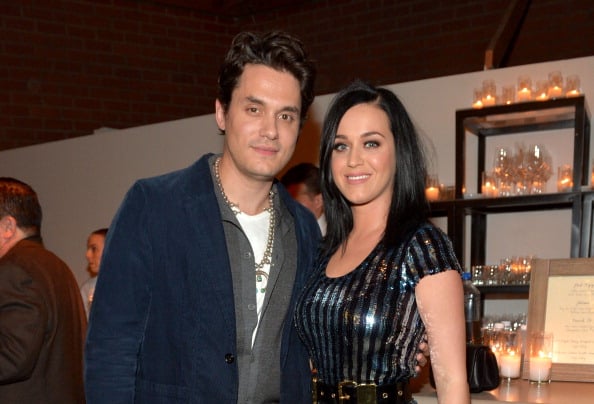 It’s kind of hard to forget that John Mayer and Taylor Swift were a thing in 2009 and 2010. While the reason for their breakup is still unknown, one thing was for sure: it was definitely a little unsettling for fans to wrap their heads around this particular relationship, considering he’s 12 years her senior!

Swift is known for writing tumultuous and heartbreaking songs about her previous relationships (many of which were high-profile), and John Mayer was no exception. The timely release of the song Dear John proved that their relationship wasn’t as peachy as the pair made it seem. With lyrics like, “Don’t you think I was too young to be messed with? The girl in the dress who cried the whole way home,” it suffices to say that things didn’t exactly end amicably between the two. Following that, Mayer wrote and then deleted a very snarky tweet on Swift’s birthday, arbitrarily stating: “Tuesday, December 13 may be the lamest day of the year, conceptually.” 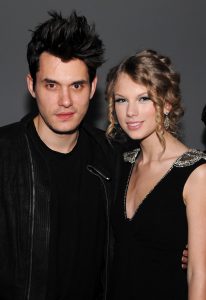 Obviously caught off-guard by the negative image painted of him in the song; Mayer said the song “made [him] feel terrible, because [he] didn’t deserve it.” He went on to say, “I’m pretty good at taking accountability now, and I never did anything to deserve that. It was a really lousy thing for her to do.”

Thankfully, the two of them have since moved on, but it’s highly unlikely that they’ll be reconciling and getting back together any time soon!