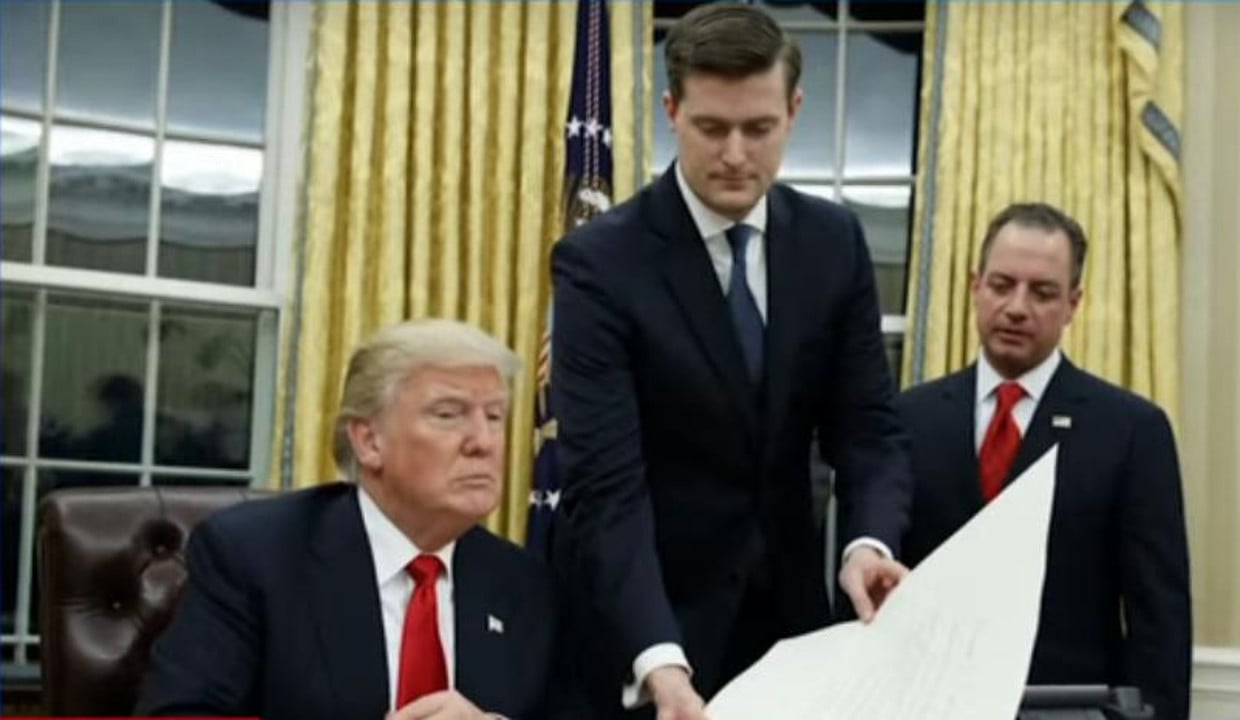 The stories of Jennifer Willoughby and Colbie Holderness are all too familiar for Charlotte Fedders. The two ex-wives of Rob Porter have detailed allegations of abuse against him. Porter denied the allegations but resigned as a Trump aide. The frenzy on this former White House official refuses to die down. However, it’s no different from three decades ago when another White House official was accused of domestic abuse. Perhaps the Trump administration could take a lesson from John Fedders’ case. Learn more about this old scandal that haunted the Reagan administration, right here in our John Fedders wiki.

Who Is John Fedders?

John Fedders and Charlotte Fedders’ names have cropped up again ever since Rob Porter’s domestic abuse allegations. In 1985, at the beginning of Ronald Reagan’s second term as president, John Fedders was a top administrative official.

Then 43-year-old Fedders was the chief of enforcement at the Securities and Exchange Commission. Before holding public office, he was a partner in the Washington-based law firm, Arnold & Porter.

During his tenure at the SEC, he built a notable public image. An old profile on him described him as “a vigorous prosecutor of disclosure fraud and insider trading.”

He was a member of the Congressional Country Club, an exclusive golf club and stop on the PGA Tour. He was a regular churchgoer and idolized General George Patton.

He towered at 6ft. 10in. and played center for the Marquette University basketball team while he attended school there.

Fedders’ double life was exposed when The Wall Street Journal published a shocking exposé in 1985. He had been married to Charlotte Fedders for 18 years, but they had filed for a divorce when the 1985 report was published.

The Wall Street Journal heard about the divorce and conducted a lengthy investigation on John Fedders. What they found was that the SEC official didn’t really have the squeaky clean image he put on.

According to court documents cited in the report, John had abused Charlotte several times over their almost two-decade-long marriage. Charlotte formerly idolized her husband. But barely two years after their marriage, she testified that John struck her on the side of her head and ruptured her eardrum.

When she was pregnant with their first child, she recalled he threw punches at her. “I remember he was yelling he didn’t care if he killed me or killed the baby.” According to reports, he once caused her a neck injury so severe that she had to occasionally wear an orthopedic brace.

John had signed up for psychotherapy sessions. But after only half a dozen sessions, he refused to continue, and their marriage broke down.

Fedders later admitted that he abused Charlotte seven times in the 18 years of their marriage. The repercussions of the report were as shocking as those of Rob Porter’s today. The Reagan White House grappled with the scandal but swiftly moved on.

Fedders resigned from the SEC the day the report was published, and Charlotte was hailed in the media for bringing down white-collar abuse.

The Wall Street Journal report also detailed financial discrepancies by Fedders. He reportedly earned $160,000 a year in his private practice. As a government lawyer, he earned $72,300 a year. When he refused to continue therapy, Charlotte threw him out of their $250,000 home in Potomac.

The report claimed that living beyond his means had landed John in financial difficulties. He was allegedly involved in a cover-up by a former client, Southland Corp. Southland was accused of bribing state officials and Fedders conducted an investigation. But he claimed there was no wrongdoing.

Though he took a massive pay cut when he joined the SEC, his lavish expenses continued. He borrowed money to pay his massive taxes, maintain a 70-acre farm in Virginia, and keep his sons in expensive private schools.

The Fedders are parents to five sons who have also been abused by John. The kids stayed with their mother after the split while John reportedly paid $1500 a month in spousal and child support.

Charlotte released a book, Shattered Dreams, detailing the abuse she suffered during her marriage with John. The book was later made into a movie, starring Lindsey Wagner as Charlotte and Michael Nouri as John.

During their divorce proceedings, the court granted that 25% of the proceeds from Shattered Dreams would go to John. He also won half the value of their home and a reduction in the alimony payment.

Where Is John Fedders Today?

Since he won the divorce settlement, there hasn’t been any mention of John Fedders in the media. He is estranged from his three eldest sons, though the two youngest did visit him. The Fedders’ youngest son, Peter, was two when they split.

In the aftermath of his exposé, he claimed that Charlotte damaged his reputation and cost him money. He sought a psychiatrist for recurring episodes of depression.

He couldn’t hold a job with the negative publicity surrounding him. After he resigned from the SEC, he aimed to return to private practice and thought he’d make less than $30,000. But he found a job as an administrator of a Trappist monastery in Virginia making $10,000 a year.

While Charlotte Fedders has spoken about the Rob Porter allegations, John Fedders has slipped out of the public eye. She said that visitation ended 28 years ago when he shoved one of their sons, Andrew (then 12), against a wall.

Only one of the kids remains in touch with John. The Fedders boys are all grown up, and according to Charlotte, “They are all wonderful men who treat their wives like princesses. They never raise their hands or their voices.”

John Fedder, who would be a septuagenarian now, continues to send Charlotte $400 a month in alimony.