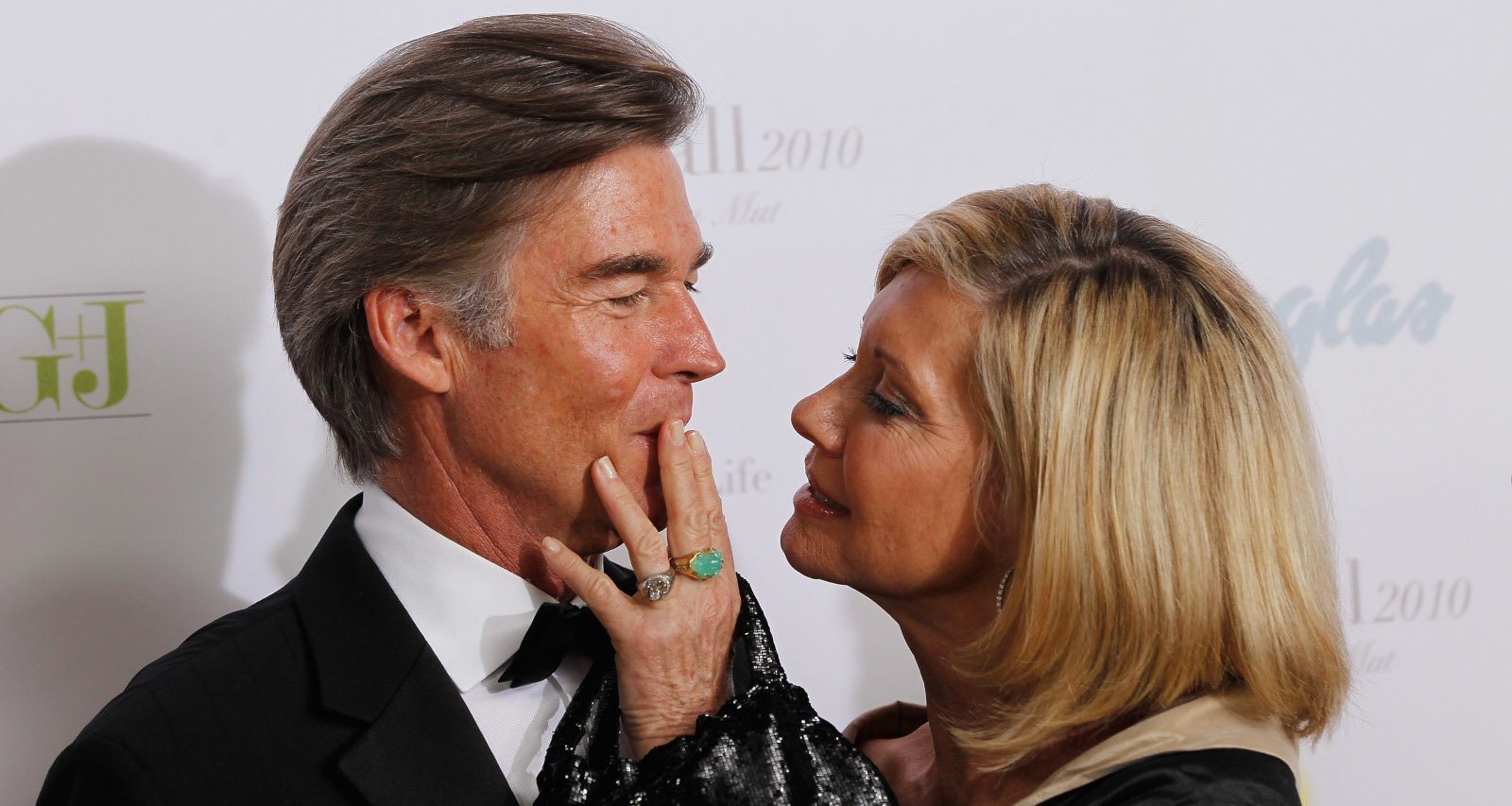 Olivia Newton-John and her husband John Easterling in 2010 in Berlin, Germany. (Photo by Sean Gallup/Getty Images)

Iconic actress and Grammy-winning songstress Olivia Newton-John is battling cancer a third time with the support of her family and friends. Olivia Newton-John’s husband, John Easterling, has been her strongest pillar of support during her cancer battle. They are one of Hollywood’s #CoupleGoals who are passionate about their advocacy. Our John Easterling wiki turns the spotlight on the man who is devoted to the Grease star.

He Was a Treasure Hunter in South America

John Easterling was born on April 10, 1952 and is 66 years old. He hails from North Carolina, where he developed a fascination with South America’s natural landscape in primary school.

After graduating with a degree in environmental science from the University of North Carolina in 1976, he applied to the Peace Corps. However, his first assignment was to be in West Africa, and not South America. Eager to explore the natural treasures of the continent, he opted out of the Peace Corps, sold his car, and used the money to buy a ticket to Ecuador.

He was akin to a treasure hunter on a South American adventure. Easterling burned through his money, and then sold locally made sweaters, rare stones and minerals from the Andes, and tribal artwork upon his return to the states to fund a second trip. The meager profits sufficed his travels that took three passports filled with South American visas and seals.

Easterling’s epic adventure would hit a roadblock when he was struck with hepatitis and Rocky Mountain spotted fever. Though he recovered from the illnesses, his physical and mental health had deteriorated. Chronic fatigue syndrome made traveling difficult, but he continued to do what he loved.

He’s a Rainforest Conservationist and Entrepreneur

Easterling made a living while traveling, even founding a treasure hunting company and a trading company for tribal artifacts. He used to sell artifacts to museums and collectors, until he found the South American wilderness had a lot more to offer.

In the aftermath of an illness, he went sailing on a motorized canoe despite his poor health. By the time he reached the settlements of the local Shipibo tribe in the Amazon rainforest, he had collapsed with exhaustion and fever.

The people gave him a herbal tea made from ingredients found in the rainforest. The concoction cured him in less than a day. As he drank the tea for the next few days, he discovered that his health improved significantly.

Easterling realized that, more than artifacts, stones, and minerals, the Amazon rainforest is the real treasure. Together with a researcher, Dr. Nicole Maxwell, he founded the Amazon Herb Company, based in Jupiter, Florida.

Amazon John, as he was now called, imported herbs from the rainforest to develop different healing remedies. But don’t go thinking that Easterling is merely exploiting the rainforests. His ecologically sensitive business also plants and maintains plantations in the Amazon.

Even Olivia Newton-John has discovered the healing properties of nature in her cancer battles. Easterling and Newton-John are major environmentalists, supporting education, research, and preservation of the Amazon.

Their work has earned them several honors, including the Stroud Award for Freshwater Excellence for their role in Amazon conservation by the Stroud Water Research Center.

In 2012, Amazon Herb Company merged with the global wellness company TriVita, based in Arizona. As part of the deal, Easterling and Newton-John appeared in advertising for TriVita.

They Were Friends for 20 Years before Dating

Olivia Newton-John was married to actor Matt Lattanzi from 1984 to 1995. They are parents to a daughter, Chloe Rose Lattanzi.

After their divorce, Newton-John had an on-and-off relationship with cameraman Patrick McDermott, who would go on to mysteriously disappear and be presumed dead in 2005. (Years later it was reported that he is alive and living in Mexico.)

Easterling and Newton-John had been friends for almost two decades before they fell in love. They met at an environmental show and bonded over their environmentalism and common charities.

When he was in California on business, he stayed in Newton-John’s guest house and had a car accident. Even with a fractured spine, Easterling tried his best to stay in California, close to Newton-John.

After she invited him to her concert, he was enamored of her singing. He had never heard her sing before that and hadn’t seen Grease. (Yes, the guy married to Sandy didn’t see Grease!)

He invited her to Peru, which was a healing experience for her. They fell in love during that trip and Newton-John said Easterling helped her move on from the devastating time during McDermott’s disappearance.

“I’m very lucky I have a wonderful, beautiful husband who is just so loving and fantastic. I always tell my friends you’re never too old to find love. I found the love of my life at 59 going on 60! I’m grateful,” said Newton-John.

They Had Two Secret Weddings

Newton-John kept her relationship with her longtime friend low-key. They secretly married on June 21, 2009, in an Incan spiritual ceremony held on a mountaintop outside of Peru.

The couple then held a legal ceremony at a beachfront venue in Jupiter, Florida on June 30, 2009, with their friends in attendance.