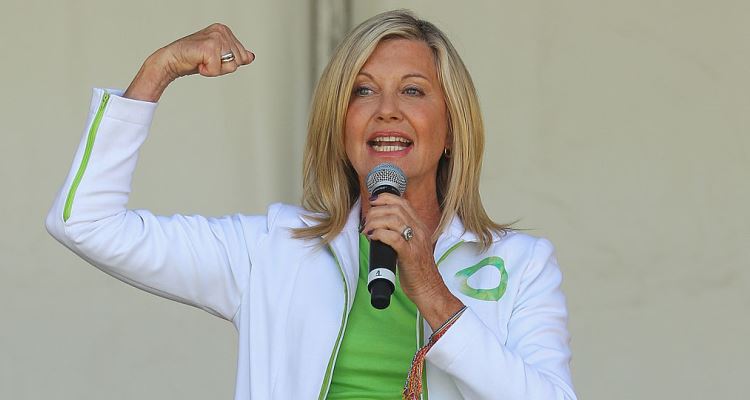 What happened to Olivia Newton-John? We all remember Sandy from the hit ’70s musical film, Grease, but many are wondering where she is now. Sadly, Olivia Newton’s John’s cancer is the latest update for the actress. To learn more about her condition and her life, get a closer look with our Olivia Newton-John wiki!

Olivia Newton-John’s age is 68. She was born on September 26, 1948 in Cambridge, England, but she was raised in Australia.

“My father was a headmaster in England, and then the dean of a college in Australia,” said Newton-John to Interview magazine. “We moved there when I was about five, so my education was in Australia, and I always felt I was Australian even though my passport was British.”

Her father is now retired and her mother is a photographer, who still lives in Australia.

Newton-John’s film debut as an actress was in the film Grease, which could be compared to the High School Musical of it’s time. It was widely successful and grossed between $180.0-$200.0 million at the box office! It was a golden age for Newton-John when the world was able to see her sing and act as Sandy, John Travolta’s innocent love interest. Today, the idea of Sandy changing herself entirely for a man would be cause for a riot, but Grease still remains a well-respected classic love story and musical go-to for fans. Newton-John’s songs have made her a Grammy-winning artist and she continues to stay busy in the unpredictable Hollywood climate.

Newton-John’s Xanadu co-star and ex-husband, Matt Lattanzi began dating and at the time of filming. He’s also the father of Olivia Newton-John’s daughter, Chloe Lattanzi, who was born in 1986. They divorced in April 1995, sometime after she survived her first battle with breast cancer. Newton-John was in a long-term relationship for nine years with boyfriend Patrick McDermott, 48, before he suddenly vanished when he didn’t return from a fishing trip along the California coast. Three year’s later, she moved on and married American entrepreneur, John Easterling. They were married on June 21, 2008 on the top of a mountain in Peru and then legally on June 30 on Jupiter island, Florida. Easterling is the founder of Amazon Herb Company, “which sells botanical supplements from the rainforest,” according to his biography.

Her Daughter Had Body Issues

Olivia Newton-John’s daughter faced issues of her own, as she struggled with body dysmorphia. Over 10 years ago, Chloe Lattanzi made headlines as she recovered from anorexia, revealing that she abused drugs at the time and blamed her mother. “When I was in the height of my body dysmorphia, I had a whole bunch of fillers,” said Chloe, 31, on an episode of The Doctors. “I’ve had that all removed from my face because I like the way I look naturally.”

With my beautiful daughter chloelattanzi on fun secret project!

“My beautiful sister Rona sadly passed on May 24th in Los Angeles. It was May 25th in Australia – which was our mother Irene’s birthday,” Olivia, wrote on Facebook.

She added: “Rona died of a very aggressive brain tumor and mercifully suffered no pain. She was surrounded by the love of her four children – Fiona, Brett, Tottie and Emerson, and her wonderful friends. I will miss her forever – my beautiful, smart, talented, funny, brave sister Rona.”

What Kind of Cancer Does Olivia Newton-John Have?

Newton-John is currently battling breast cancer, which has spread into her back and has postponed her current U.S. and Canadian tour.

“I decided on my direction of therapies after consultation with my doctors and natural therapists and the medical team at my Olivia Newton-John Cancer Wellness and Research Centre in Melbourne, Australia,” said Newton-John in a statement.

Newton-John has remained positive and plans on picking up the tour again in August. We are sending all the positive vibes we can to the iconic actress, and may she have a speedy recovery!