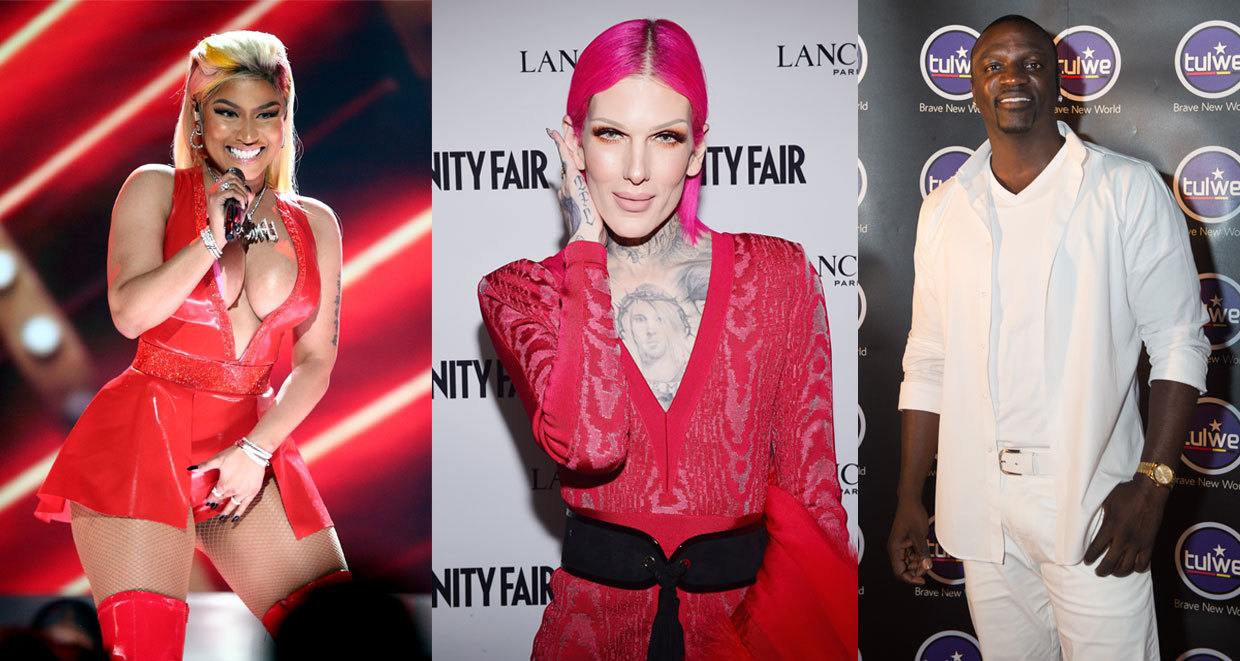 In his early days, before Jeffree Star discovered that he wanted to launch his own YouTube channel, he was into music and tried his hand at singing. When he was a singer, Star rubbed shoulders with some pretty big stars, like Akon and Nicki Minaj. All the details about his early singing days are mentioned in YouTuber Shane Dawson’s video, “Becoming Jeffree Star for a Day.”

There aren’t too many who are not aware of famous makeup artist and social media personality Jeffree Star. We all know that he is famous for his on-point makeup videos, where his sarcasm has only made fans love him more. But did you know that this queen was originally also a singer?

Fellow YouTuber Shane Dawson recently started a mini-series on his channel. The series is titled, “Becoming Jeffree Star for a Day.”

In this video, Dawson, along with his cameraman, Andrew, go to Star’s house and see how it is to live like him. And Star reveals a lot of details about his personal and professional life, too.

Star revealed more about his career as a singer in the second part of the YouTube video series.

He revealed that music was his dream career besides makeup. Although he’s not embarrassed to talk about it, Star didn’t like the way his music career ended.

It’s pretty crazy because in the age of MySpace, Jeffree Star became known for his music. He even earned himself a hugely successful music career, playing in front of thousands on stages like the Warped Tour and other venues throughout the U.S.

His merch was always the first to sell out and people couldn’t stop talking about him. It still baffles fans today as to why he never went mainstream and why his life as a music star never really took off.

In fact, Star still gets sad thinking about how his music career didn’t work out as he had planned. He got very nostalgic in the video looking back on those days.

Nicki Minaj and Jeffree Star Collaborated on a Song

His first album, Beauty Killer, was released in 2009. And one of the remixed songs, “Lollipop Luxury,” features the rap queen herself, Nicki Minaj.

Star explained that he was the first person ever to have Minaj featured on his music. This was well before she made a name for herself in the rap game. He said he knew that Minaj was going to be a big star the minute he heard her first song.

Star was gaining even more attention on MySpace for his new dance tracks. And that’s when he signed with record producer and singer Akon, who had previously signed Lady Gaga.

In a live interview, even Akon said that Jeffree star would be a big star. He called him “the next Lady Gaga.”

When Jeffree was gaining even ore attention on MySpace for his new dance tracks, and that’s when he signed with record producer and singer Akon, who had previously signed Lady Gaga. In a live interview, even Akon said that Jeffree star would be a big star. He called him “the next Lady Gaga.”

After signing with Akon, it was expected that Star would become the next big thing on the music scene. So, what happened?

In the video, Star explains that he signed with Akon at a time when things began to fall apart for Akon personally. Akon was slapped with criminal charges and was in the news everyday with more bad publicity.

But at the time, Star was almost desperate to get his music career off the ground. And signing with Akon was something he’d only ever dreamed of.

Star thought for sure Akon would be the one to set it off for him. His bank account was just about empty, and he was sinking in taxes from the money he generated from MySpace.

He said he wasn’t even sure if he’d have enough money to eat or live. So, Akon hooked him up with a record deal and even dished out money to have Jeffree Star fix his teeth, something that always made him self-conscious.

Akon and Jeffree Star worked on the song, “Prom Night.” It featured Akon’s iconic “jail clink” noise at the beginning of it—another dream Star only ever imagined in his fantasies.

But unfortunately, the song didn’t do well. And things got worse for Akon, so it just never happened for Jeffree Star.

They had plans of releasing a second album. But it was never released, and Star left the industry in 2013.

Star looks back fondly on those memories of his music days. But he knows he made the right choice in turning to makeup and fashion and launching his own YouTube channel. Just look at the success he is today!

In case you haven’t watched the second part, then click on the link below.