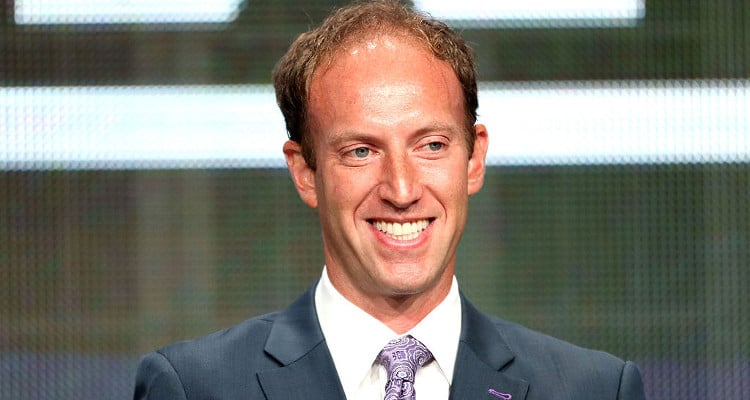 After Bill O’Reilly and the late Roger Ailes, new allegations of sexual harassment have rocked Fox. The network has fired Fox Sports president, Jamie Horowitz while he is being investigated for sexual harassment. This is the darkest moment in Horowitz’s otherwise exemplary career. Here are more details about the former Fox executive’s charges in Jamie Horowitz’s wiki.

Jamie Benjamin Horowitz is a native of Massachusetts though his work brought him to Los Angeles. There is not much information available about his early life. According to his LinkedIn profile, he graduated from Newton South High School. He acquired his Bachelor of Science in political science and government from Amherst College in Springfield, Massachusetts. As a student there, he was an Op-Ed writer for Amherst Student, the college newspaper, and created the sports magazine, SportsAmherst.

His parents probably still live in Massachusetts. His mother, Eva Horowitz was a speech therapist at Newman Elementary School in Needham. Dr. Jonathan Horowitz, Jamie’s father, is a psychiatrist there.

An Exemplary Career in Broadcasting

The 41-year-old is known for his long and impressive career working behind the scenes in sports broadcasting. He started his professional production career in 1998 when he was involved in the research and compilation of biographies of athletes who participated in the 2000 Sydney Olympics. He was also a writer for the NBC Morning Show during the games. He created and produced the National Heads-Up Poker Championship for NBC sports and worked on remote and studio coverage of NBA, NASCAR, and the Olympics.

It was when he moved to ESPN that he gradually became a known face in sports broadcast. He started as a senior producer and grew to be the vice president of original programming and production. At ESPN, he oversaw budget and production of a variety of shows like SportsNation, Olbermann, First Take, and more.

He later moved to NBC News and Film 45 before joining Fox. Despite his long career of more than a decade, his net worth has not been calculated. He is an Emmy-winning producer and has won two People’s Voice Awards at the Webbys.

He Had a Bad Experience at NBC

After a long run with ESPN, Horowitz was brought in to NBC to increase the ratings of its Today show and bring it out of second place in competition with ABC’s Good Morning America. The network was in a drastic need for a reshuffle and Horowitz was seen as a savior.

However, only a few days on the job and there were reports of friction between Horowitz and NBC News president Deborah Turness, who said that the new executive was not the “right fit.” He was also reportedly alienated by staff for his radical changes in the show. Hence, after less than three months at NBC, Horowitz joined Fox.

NBC’s plans to surpass GMA ended in failure. Horowitz’s wife was the sole breadwinner of the house when he was fired. He even feared his career was over after being fired by a major network in 10 weeks. However, he was fortunately sought by Fox Sports.

His Wife Worked for CNBC

Horowitz married Kara Elaine Falkenstein in 2007. Their wedding, which got some real estate in The New York Times, was officiated by L. Sandy Maisel, a professor at Colby College, from where Falkenstein graduated. The Connecticut native has a bachelor degree in political science and studied at the London School of Economics.

She was a communications director for Iraq and Afghanistan Veterans of America, a nonprofit based in New York. Her previous work experience includes different positions held in NBC and CNBC. In New Jersey, she worked on the weekday business program, Morning Call on CNBC. The couple are parents to three boys, the eldest of whom was born in 2008.

Until yesterday, being fired from NBC for clashing with the network president was the worse thing to hit Horowitz’s career. However, he was fired as Fox president following sexual harassment allegations. Fox Sports president and COO Eric Shanks sent a memo to employees saying, “Everyone at FOX Sports, no matter what role we play, or what business, function or show we contribute to — should act with respect and adhere to professional conduct at all times. These values are non-negotiable.”

Meanwhile, Horowitz has refuted the allegations through his attorney, Patty Glaser saying, “The way Jamie has been treated by Fox is appalling. At no point in his tenure was there any mention by his superiors or human resources of any misconduct or an inability to adhere to professional conduct. Jamie was hired by Fox to do a job, a job that until today he has performed in an exemplary fashion. Any slanderous accusations to the contrary will be vigorously defended.”

Fox is currently investigating the accusations against Jamie Horowitz and no further details have been provided. Shanks will be assuming Horowitz’s responsibilities until a replacement is named.