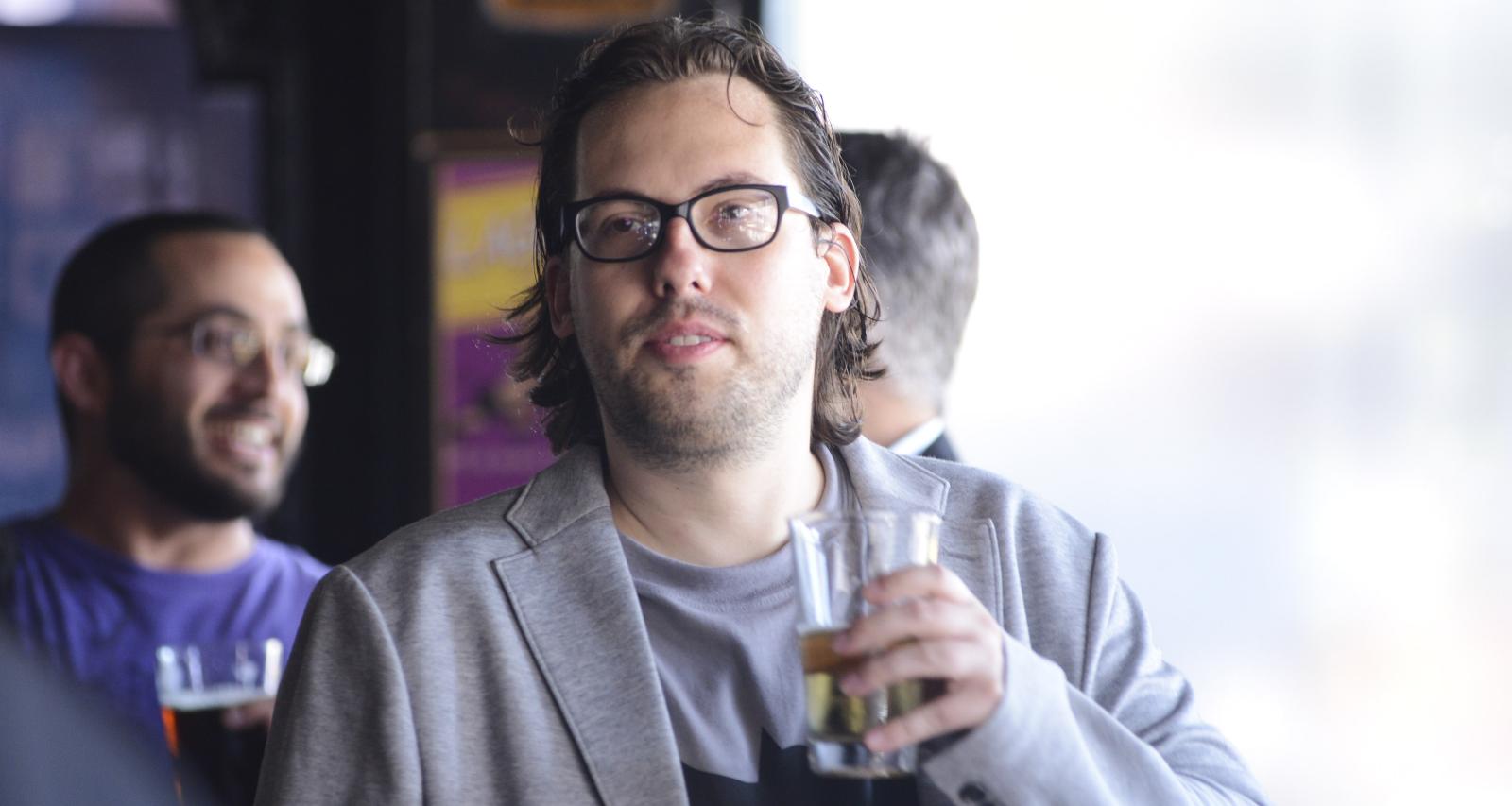 The Howard Stern Show media producer, J.D. Harmeyer tied the knot with Jennifer Tanko in 2018. While Harmeyer mostly kept their relationship private, his colleagues at the Stern show did drop hints about their developing relationship in their typical humor. Now the attention is on the lady married to the media producer with the “owl hoot” laugh. Our Jennifer Tanko wiki has everything for those curious about J.D. Harmeyer’s wife.

Jennifer Tanko was born on January 6, 1988, and turned 31 years old this month. The Virginia native has lived in Washington, D.C. and Baltimore. Her mother, Linda Tanko, works in the Virginia Tech Pamplin College of Business.

While in Baltimore, Tanko worked as a makeup artist. She trained with MAC Cosmetics from 2009 to 2013, earning a MAC basic certification. After that, she freelanced in Baltimore for a few years.

She trained with industry experts at Towson University, and has certifications in various skills like airbrush tanning, threading, and facials. She not only provides services for weddings and proms, but she also does makeup for special effects, gore, and fantasy transformations.

An LGBTQ-friendly vendor, she regularly does makeup for drag king and queen transformations as well as for members of the trans community. She’s also an advocate for marriage equality.

Tanko recently moved to New York City where J.D. Harmeyer works as a media producer for the Stern show. After a brief break where she settled into her new home and married life, Tanko has returned to the makeup business.

What a year 2018 has been! I am incredibly grateful for all of the wonderful things that happened this year, as well as the lessons I’ve learned from my mistakes. 2018 Highlights: Having so many friends travel and celebrate my 30th birthday. Really getting good at skiing – started getting down some of the easier black diamonds. My first CrossFit open with @ice.nyc . SHAPE Women’s Half Marathon. July 4th cruise with my husband. Atlantic City with @madisonjones33 and @allisonlauren77 . My bachelorette party. Competing at my first (maybe last, lol) CrossFit competition. Traveling through Colorado and Utah to camp. Marrying the love of my life in the mountains of Nevada. Jazz night for Ronnie – honestly the most fun and best night I had of the year. Great company, great live music, and piano karaoke. Hosting my first dinner party – Friendsgiving with my coworkers, who light up my life. Thanksgiving in Florida. Christmas in Virginia. Coming in third in my fantasy football league. Celebrating my husband’s birthday. 2018 Lows: How nuts I got about my appearance before the wedding. We had eight guests – EIGHT! – and I still felt this pressure to look “perfect”. The joke was on me, because on my wedding day I woke up with a huge rash that covered my cheeks and chin with bumps and my lips were swollen to twice their normal size in a way that was not flattering. Finally – the continuing struggle with anxiety/depression. There has been progress though – 2017 was an extremely rough year mental-health wise, and I struggled a lot with suicidal thoughts and had a breakdown in Oct. 2018 was LOADS better. It’s always a forward push that takes a lot of energy. There are many things I missed this year because I was mentally exhausted, stuck in a rut, or afraid to leave the apartment. It’s still a journey to figure out the “why” of my mental health. I feel “happy”, my life has pretty much always been good and easy, yet I’ve been getting panic attacks and depressive episodes since I was a teen. I know I’m not the only one. ♥️

She Has Worked as a Teacher

Tanko graduated from Blacksburg High School in Virginia in 2006 before she attended Towson University. She graduated in 2010 with a BS in sociology while also serving as a student ambassador and undergraduate learning assistant.

At Towson, she was a literary columnist for the campus independent student newspaper, The Towerlight. She previously dated fellow Towson alum Nick DiMarco, who also worked for Towerlight and is currently a news producer at Sinclair Broadcast Group.

She went on to graduate from the University of Maryland, Baltimore County with a masters in teaching and social studies, and also interned at the Maryland Science Center. She taught in elementary schools in Baltimore and was a camp counselor at the children’s science company, Club Scientific.

They Married in Las Vegas

J.D. Harmeyer prefers to keep his personal life private, so it’s not clear when he started dating Tanko. They moved in together in late 2016 and announced their engagement in February 2017.

She said yes. (Thanks to @IHSS of course for everything) pic.twitter.com/0OjYLQubZA

Howard Stern also helped Harmeyer draft his vows for his wedding on air. None of his Stern show colleagues were invited to the nuptials, but they were happy for him nonetheless.

Harmeyer and Tanko eloped to Las Vegas, where they tied the knot on August 25, 2018. They had an intimate ceremony with only 10 guests in attendance, including their family.

They have shared their wedding pictures on Instagram and they look every bit like the amazing couple you’d expect!

The talented makeup artist has a blog where she posts about food, fitness, fashion, and lifestyle. Tanko does restaurant reviews and talks about her favorite books, her travels, and her opinions on political affairs.

With photography as one of her many skills, she posts some amazing pictures from her travels and cooking adventures. She’s steadily building her Instagram popularity, and already boasts over 18.2K followers and counting.

Tanko recently added yoga to her repertoire and started her yoga teacher training this month. Yoga has been part of her fitness routine for a while and she’s been promoting YogaWorks, where she’s training, for some time, too.

I STARTED MY YOGA TEACHER TRAINING TODAY!! ? I am so excited to deepen my practice, work on my mobility, have something new on my resume, and maybe even have a new side hustle. Can’t wait to share more of my journey. My teachers are amazing and I am so grateful for this. #YogaworksTeacherTraining