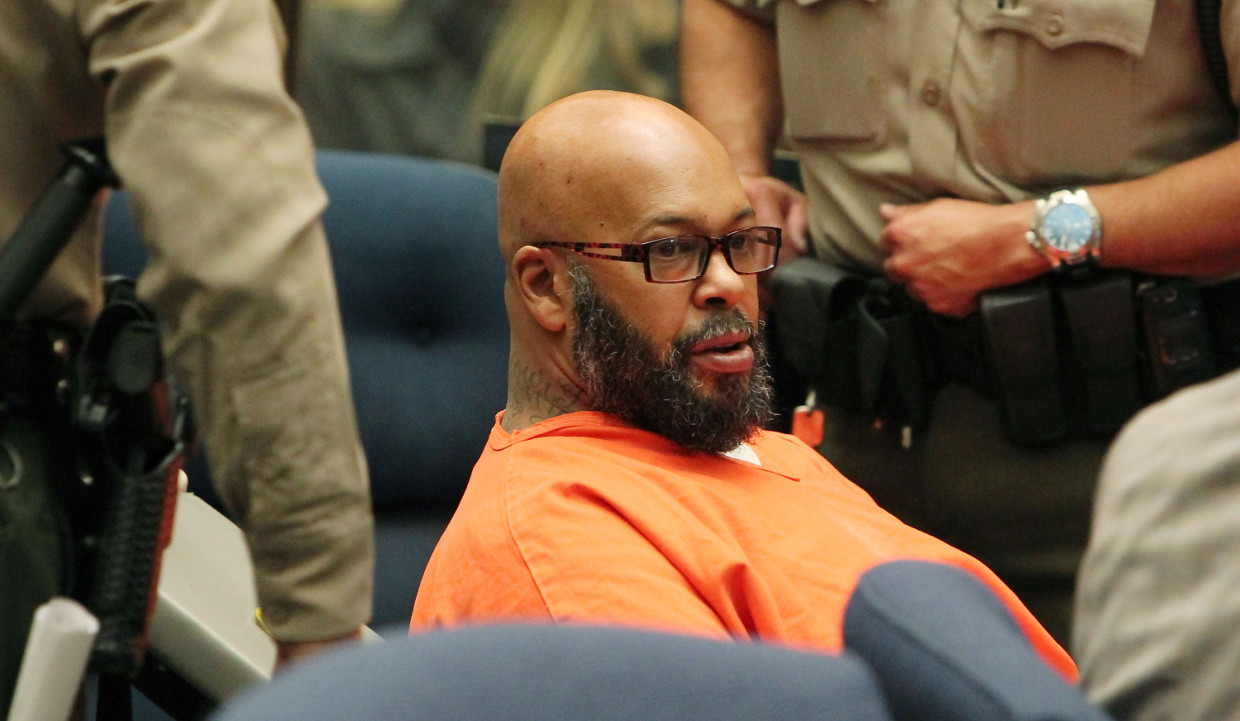 The telecast of the BET docuseries, Death Row Chronicles, has rekindled interest in Suge Knight, the co-founder and ex-CEO of the legendary record label, Death Row Records. Knight is in custody on charges of murder and attempted murder and is currently undergoing trial. The docuseries captures the rise and eventual fall of the label, which was associated with many gangsta rap artists.

Even though it is more than two decades since the murder of iconic rapper Tupac Shakur, people’s interest in his family, friends, and acquaintances is still as high as ever. One of them is Suge Knight the co-founder and ex-CEO of the music label, Death Row Records, which became a symbol of gangsta-rap in the 1990s.

Since there is very little news about Knight in the media these days, people often wonder where he is. Is Suge Knight in prison?

Get the scoop on Suge Knight’s whereabouts right here!

Is Suge Knight in Jail?

Suge Knight is currently in jail and had a trial hearing in January 2018 after several months of delay. The trial date had been set by the court last year, and the judge warned Knight that the date was “set in stone” and would stay no matter what happened.

Also Read: Suge Knight’s Net Worth 2018: What’s Left Of What Was Once A Successful Music Empire!

Why Is Suge Knight in Jail?

Knight is in jail because he has been accused of plowing his red truck into two men in the parking lot of a Compton burger stand in late January 2015. One of the two men named Terry Carter was killed, while the other, Cle “Bone” Sloan, suffered injuries.

The record producer pleaded not guilty and said that he had acted in self-defense. Knight claimed that he was afraid of losing his life after an altercation with Sloan and he had attempted to flee in his truck when he hit the two men by mistake.

Knight claimed that Carter was his friend, but the police arrested him and charged him with murder and attempted murder.

How Long Is Suge Knight in Jail For?

Suge Knight’s sentence is yet to be given as the trial still on-going. He has been in custody since late January 2015 after his truck ran over two men, one of whom died of his injuries while the other was seriously injured.

The music mogul has come into the limelight once again because of the telecast of the BET docuseries, Death Row Chronicles. It gives an intimate look at the rise and fall of Death Row Records.

The docuseries shows never-before-seen archival footage and documents straight from the Death Row vaults. It is based on interviews of over 60 people connected to the label.

Death Row Chronicles is a six-part, three-night series that premiered at 10:00 pm ET on Tuesday, February 20, 2018. It gave first-hand accounts of what it was like during the heydays of gangsta rap in the 1990s.

Mario Diaz, the executive producer of the series, talked about the docuseries and said, “But it’s also a cautionary tale. It’s [a story of] what can happen when the execs are not kept under control; when you’re not keeping people in check and the people at the helm of a record label go off the rails because they get drunk with money and power.”

Now all eyes are on Suge Knight to see what happens next in this never-ending saga!