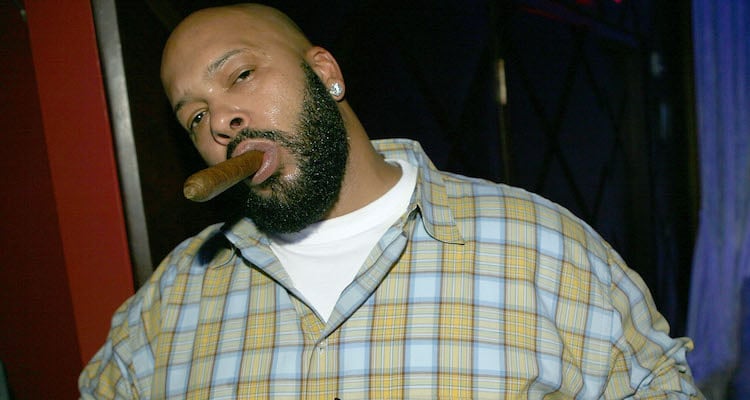 Suge Knight is almost a man of myth with the amount of stories that revolve around him. From dangling Vanilla Ice from a balcony to his possible connections to the murders of Tupac and Biggie Smalls, even if they aren’t true. But did you know that this man, currently in jail on suspicion of murder, has kids? That’s right. Now, a few of Suge Knight’s kids are being dragged into the drama surrounding their father. How many kids does Suge Knight have? You may be surprised.

A Tangled Web of Paternity

How many kids does Suge Knight have? That question is actually harder to answer than you may think, as the producer had a number of wives —some of whom aren’t legitimate in the eyes of the law— baby mamas, and even an impersonator. It takes a little bit of digging but if you stick with it, the truth will emerge.

Surprisingly, despite spending a large amount of time in the limelight and the drama that surrounds his family, Knight managed to keep his family life pretty quiet. The oldest appears to be Suge Knight’s son, Taj, who was born in 1991 to the producer and a woman named Davina Barnes. He reportedly lived with his mother in Atlanta during his childhood. Here’s where things can start to get a little bit on the murky side, as details are scarce.

We know that he has a number of other kids. There is another son, Suge Jacob Knight born in 1995, who followed in his father’s footsteps as the CEO of OverKnight Entertainment. Not much is known about the mother of Suge Knight’s daughter, Posh Knight.

The producer also had a child with an R&B singer who used to be signed with Death Row Records. Suge Knight and Michel’le kid’s name is Bailei Knight. Before Knight, the singer had a relationship and child with Dr. Dre. Though she later “married” Knight, as it turned out, their marriage wasn’t legal as Knight had yet to divorce Sharitha Golden.

Finally, there is Knight’s youngest child, a son named Legend. Again, not much is known about Legend’s mom, a woman named Toi Kelley, who was reportedly engaged to the producer. Legend made tabloid headlines as the then-six-year-old was denied the chance to see his father behind bars, as he could not be unaccompanied without an adult, and Kelley was not allowed to go inside.

And Then There Was Andrew

If you look around for information on Suge Knight, you will find a number of sources that list another son, Andrew Knight. These are usually in connection to a friendship with Lindsey Lohan that may have involved stolen goods. “Andrew Knight” is apparently a man named Andrew Payan who was arrested for impersonation and theft. There are a number of sites that add details saying he was “adopted” by Suge Knight and his unknown girlfriend, but there seem to be no hard details or facts to prove it.

Currently, Suge Knight sits in jail awaiting more court proceedings, his son, Suge Jacob, claimed in February to have not seen his father in a long time due to court interference.