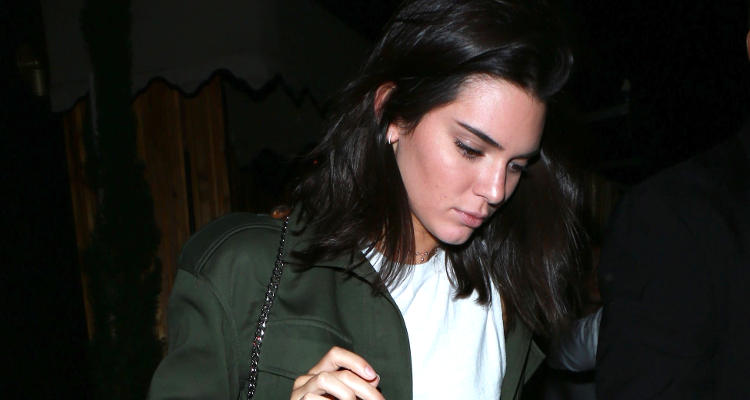 Are they back together again? While the rest of the world is doing new things, Kendall Jenner and Harry Styles are doing something old. That’s right. Kendall Jenner was recently seen with Harry Styles having a good time. This has people asking, “Is Kendall Jenner dating Harry Styles?” The Kardashian clan always seem to be up to something exciting, which is exactly why so many follow their every move.

The Birth of One Direction

This latest rumor started after the 22-year-old model, Kendall Jenner met up with the 22-year-old singer, Harry Styles in Los Angeles last week. Harry Styles is an English singer and songwriter. He is a member of the popular boy band, One Direction. Styles was first noticed when he participated in the British singing competition, The X Factor. He was drafted (along with four other contestants) to form a band, which came to be known as the widely popular, One Direction. Now, sources say that Styles has signed a three album solo recording deal with Colombia Records.

Jenner and Styles were having dinner in a restaurant called Ysabel in West Hollywood, California. A witness says that Jenner was extremely happy and was ‘beaming’ all night. Another source said that they are rekindling their romance. They are spending time with each other again and Jenner is very excited and happy about it. She always cared about Styles.

Out in the Cold

Where does all this leave A$AP Rocky? According to reports, he is the current man in Jenner’s life. If Jenner is back with Styles, what happens to her relationship with A$AP Rocky? It’s like a game of musical chairs now. Whose in, whose out? However, if reports of Jenner and Styles being back together are true, that leaves one very angry Rocky. We wonder how Jenner will handle this one?

Don’t think that Jenner and Styles back together is a done deal, the rumor mill is always churning, and nothing’s been confirmed! According to another source, the dinner with Styles wasn’t a date at all! Apparently, both Jenner and Styles were with a group of ‘friends’ and it was about just having a good time. Confused? So are we! So take the news with a pinch of salt, and stay tuned to see if these Harry Style and Kylie Jenner dating rumors hold any truth!