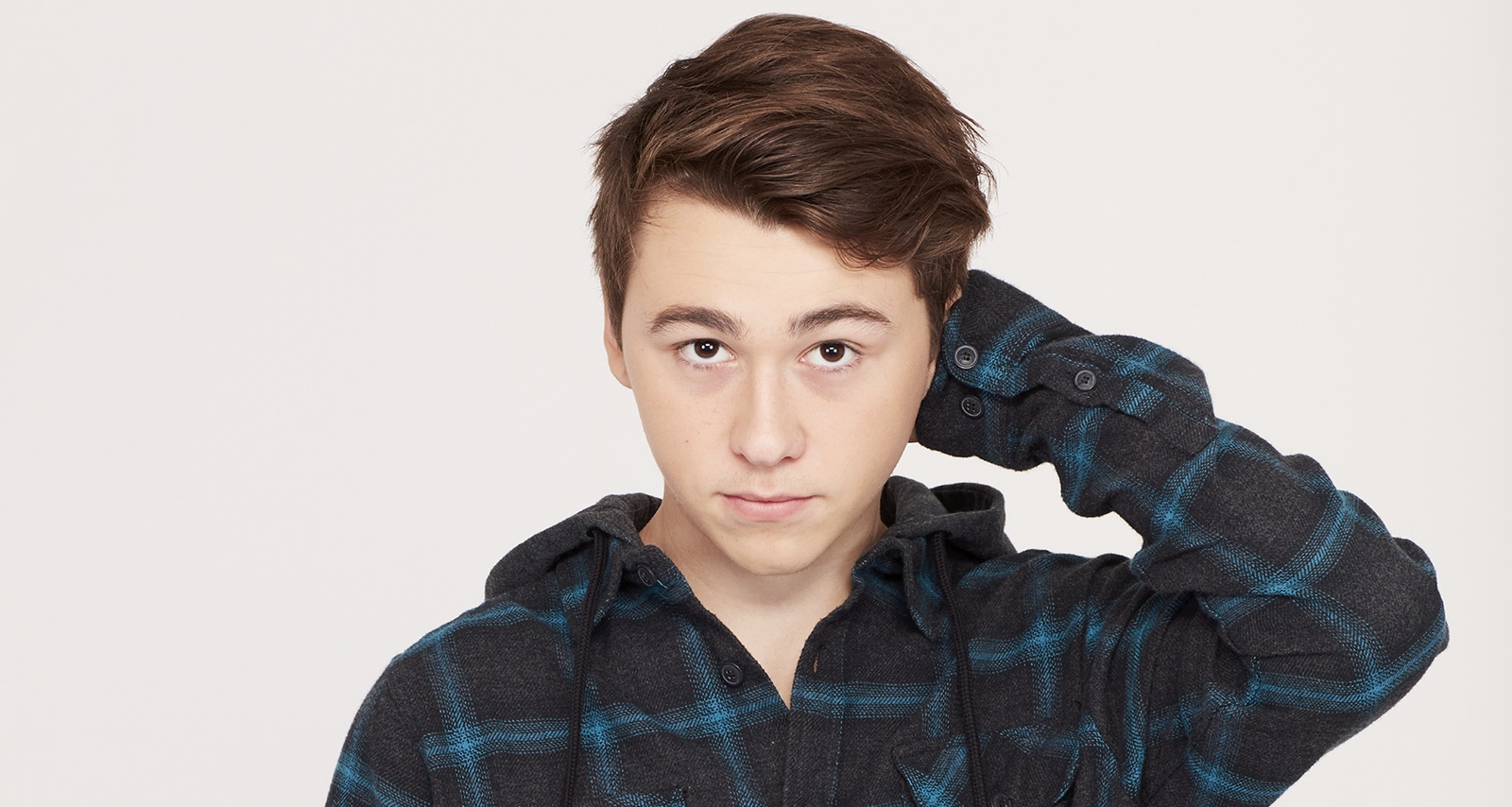 Wednesday’s (May 1) General Hospital left many in tears after the emotional farewell to Oscar. The young Quartermaine was given a few weeks to live, and it appears he’s finally gone. Now GH fans are wondering if this is the last they’ll see of both Oscar and Garren Stitt who plays him. Is this really the end of the road for Oscar? We’ve got the latest news on GH, right here.

An Emotional Farewell for Oscar

Wednesday saw all the characters preparing to say goodbye to another Quartermaine. As viewers may recall, Oscar Nero Quartermaine was diagnosed with a brain tumor and was given a few weeks to live. The show has since been counting down to Oscar’s imminent death.

Oscar, looking sickly pale, is sleeping under Joss, Kim, and Drew’s watch. When Kim and Drew leave, Joss stays behind and reads to Oscar until she falls asleep herself.

While Joss is asleep, viewers see the figure of the Quartermaine matriarch, Lila, approach Oscar. When Oscar and Joss wake up, she’s gone, but Oscar feels like he’s getting better. His stunned family rush him to the hospital to get him checked.

Throughout the episode, other characters speak about Oscar while hanging on to the hope that some miracle will keep him alive. Meanwhile, Oscar can see the figures of Lila and Edward Quartermaine (actors Anna Lee and David Lewis, who played them, passed away years ago and stand-ins were used) even as Terry says his condition is improving and his tumor is non-existent.

When Terry says that Oscar’s tumor is in remission, everyone starts celebrating at Charlie’s. But at the party, Oscar sees visions of everyone’s future without him and his great-grandparents. Wanting his family to move on, he decides it’s time to let go.

At the Quartermaine home, Joss is asleep on the couch as we saw her in the beginning of the episode. Oscar wakes up and sees Lila and Edward at the door, and they escort him to the afterlife. When Joss wakes up, she realizes that Oscar has passed and that’s where the episode ends.

WATCH: Oscar's ready to find out what comes next. @itsgarrentho #GH pic.twitter.com/6ekK5rK7ns

The episode felt like a tribute to Oscar for many fans who were left in tears by the end of it. Many praised GH writers for sending off the character in a thoughtful manner (though some are cursing them at the same time for putting them through the heartbreak).

Some fans are still not sure if this is the last of Oscar Quartermaine. There’s a theory that Oscar actually recovered and is only dreaming his death. They’re hoping that he’ll still be on the show.

Another theory posits that the sequence of him recovering is a dream-like rally before he dies. In which case, fans are furiously crying that the writers set them up for fake-out before killing him off.

What kind of spiritual witchcraft. So Lila came and healed Oscar …. ??? Writers gettin lazy and runnin out of ideas I see #GeneralHospital

There are some who aren’t missing Oscar, given that he hasn’t been on the show for very long. Rio Mangini first played Oscar when the character was introduced in 2017. Garren Stitt took over the role after Mangini left the same year.

There’s a good section of the fandom that isn’t as invested in Oscar’s arc, and they’re more than happy to see him go so that the show can focus on other, more favored characters. In fact, the Twitterverse is celebrating his final scene with the hashtag, #OscarIsDeadParty.

Repeat after me: A character is not a real person.

Thank you for coming to my TED talk. Lol#GH #OscarIsDeadParty

This is embarrassing to watch. Basic Oscar who is still a newbie and hasn't made any impact is getting all this special treatment like he's Robin Scorpio or something. 🤦‍♀️Why is he taking 7000 hours to die #GH #OscarIsDeadParty

I can't believe these idiots running #GH are bringing out the Lila Q card for an unnecessary character when neither Jake, AJ or Jason got a visit from her. Just DIE Oscar #OscarIsDeadParty

But for most GH fans, this was a rough episode and they aren’t prepared to see Oscar go yet.

So beautiful and heart wrenching… Lila and Edward take Oscar home ! Give the best actor 👏🏻👏🏻👏🏻👏🏻👏🏻👏🏻

But that episode was really really beautifully done. Especially the last 10 minutes. This has been a tough storyline to watch but I appreciate GH tackling these real life issues as heartbreaking as they are #GeneralHospital

Why Is Garren Stitt Leaving GH?

Stitt, who has been portraying Oscar since 2017, was already known for his recurring role on the Disney Channel series Andi Mack. Even if he’s left GH for good, you can still catch him on Andi Mack until the series finale in July 2019.

But yesterday might not be the last of Oscar on GH. Next week’s preview shows that Oscar leaves behind a video will for his loved ones. (This one’s going to be another tearjerker.)

There are also some sharp Instagram users who have deduced from Stitt’s social media activity that the actor filmed a few more scenes for GH. It’s possible that Stitt has filmed scenes that could be used in flashbacks or other ways.

Neither ABC nor Stitt have made an official statement about Oscar’s future yet. But it’s most likely that Stitt has other projects he’s looking forward to.

The talented young actor is also a musician under the stage name Garren Lake. Earlier this year, he revealed he’s working on an album titled Heartbreak Lake. There’s speculation that he might want to focus on his music after wrapping up GH and Andi Mack.

Also Read: What Happened to Vanessa on “Seeking Sister Wife”