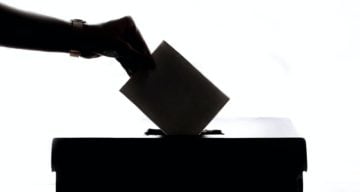 Photo by Element5 Digital from Pexels

An Indiana woman was arrested and charged with election fraud in June. Janet Reed, identified as a Democratic Party activist in Evansville, allegedly mailed out absentee ballot applications that were premarked by her. After an investigation, hundreds of applications were rejected by county officials. Here’s what happened to Janet Reed and her charges.

Janet Lynn Reed, 68, of Evansville, Indiana allegedly sent out fraudulent absentee ballot applications sometime between April and May 2020. She is identified as a volunteer with the Vanderburgh County Democratic Party, not affiliated with the election office.

According to Vanderburgh County Clerk Carla Hayden, Reed allegedly pre-made hundreds of ballot applications with the Democratic Party box checked before mailing them out. She is accused of sending out at least 300 of such pre-made absentee ballot applications.

The Vanderburgh County Election Board sent a four-page letter, including samples of pre-marked absentee ballot applications and a copy of instructions Reed allegedly sent to voters, to Prosecutor Nick Hermann. The prosecutor previously served as the local Republican Party chairman.

Voters decide which party’s primaries they would participate in. But the instructions Reed allegedly gave with the pre-marked applications reportedly stated “needs no input” where voters would normally check the party box. Election officials suspected that these instructions made Reed’s actions intentional.

County election officials and the local Democratic Chair Edie Hardcastle warned Reed to cease sending illegal ballots. However, postmarks on the mailed applications allegedly indicate that she didn’t comply with the warnings.

A probable cause affidavit filed the day of her arrest stated, “Janet Reed was contacted and refused to provide an interview regarding her involvement in this case.”

Election officials contacted several individuals during their investigation. They rejected about 400 applications allegedly pre-made by Reed.

Reed Has Been Charged with Felony

Janet Reed was arrested on June 8 and charged with Level 6 Felony of Unauthorized Absentee Ballot. If convicted on election fraud charges, Reed could be facing six months to two and a half years in prison, or even a probationary sentence.

Reed was released the same day after posting a bond of $250. She made her first court appearance in June; Reed is scheduled for a review hearing on July 29 at Vanderburgh Circuit Court.

Reed received over 2,000 votes to be a delegate to the Indiana Democratic Party’s Virtual State Convention in June. She placed 36th in the field of candidates vying for the 68 available positions.

She was reportedly a member of the 240-member body of the county Democratic Party’s precinct committee when county officials were investigating her for voter fraud. However, Hardcastle stated that Reed was not working for the party when she was mailing out the applications.

Janet Reed was reportedly working for the campaign of E. Thomasina Marsili, an Owen County Democrat who won the party’s nomination to challenge 8th District Republican Congressman Larry Bucshon. Hardcastle said that Reed had access to the county’s voter list while working with Marsili’s campaign, and not through the county party.

Marsili told media outlets that Reed had been fired from the campaign. Hardcastle said they won’t be taking any action until the due legal process is completed.