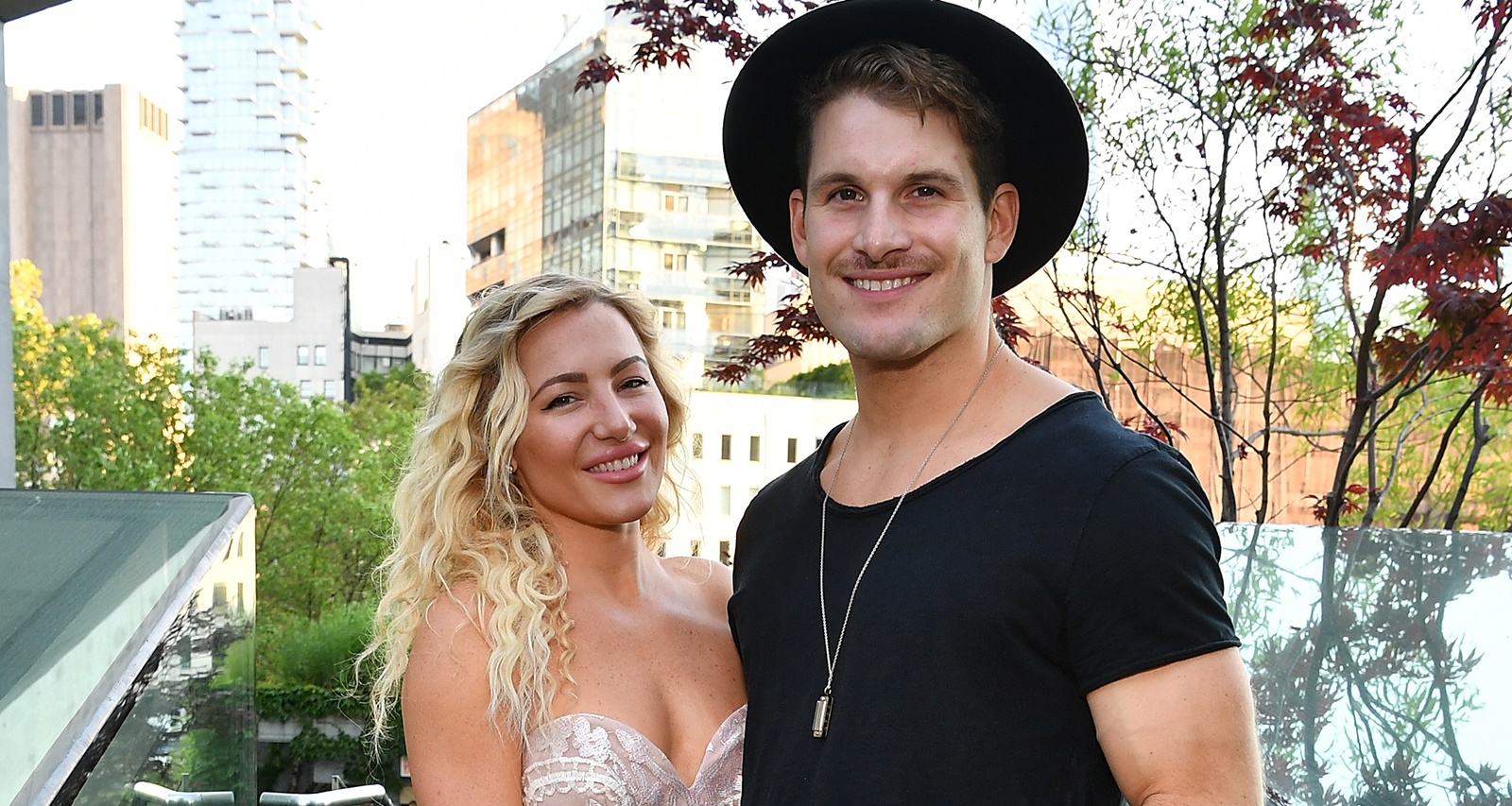 Hayley Paige and Conrad Louis attend Adore Me x Pride 2019 hosted By Gigi Gorgeous at Gitano on June 27, 2019 in New York City. (Photo by Slaven Vlasic/Getty Images for Adore Me)

She has dressed brides for their special day on TLC’s Say Yes to the Dress and Hayley Ever After. And now Hayley Paige is set to walk down the aisle again! She married Danny Wallis in 2015 before they went through a divorce last year. But Paige has since found love again with Conrad Louis. The couple announced their engagement in July 2019, and we couldn’t be more excited! But they’ve been dating on the down low for while. So you’re probably wondering who Conrad Louis is.

On Sunday, July 28, Hayley Paige and Conrad Louis took to their respective Instagram pages to announce their engagement. The romantic proposal happened during their Caribbean vacation on the island of St. John.

The pictures they shared show Louis down on one knee with the ring while Paige is naturally emotional. Paige wrote in her post that Louis is someone “who refuses to let me be anything but myself.”

I’ve found someone who refuses to let me be anything but myself 💍 @conradlouis you are the most thoughtful, creative, loving, and loyal man. You burn for life and you burn for me. I’ve never felt more inspired 💗🔥

We haven’t had a closer look at the wedding sparkler yet, but we do know that Louis picked a custom ring from Hearts on Fire by Hayley Paige, the collection of rings designed by Paige for the Boston-based brand.

A HUGE congratulations goes out to our dearest friends @misshayleypaige & @conradlouis on their recent engagement with a STUNNING custom Hearts On Fire by Hayley Paige engagement ring! These two beautiful souls truly deserve each other and the love they have for one another is simply contagious. 💗✨ Wishing you both a life full of love, laughter, happiness and sparkle! 💍💫💎

Also, Paige is rocking some gorgeous vacation wear that looks almost bridal. She wore five wedding dresses of her own creation at her last wedding. So we can expect she’ll be rocking more fairytale-like creations this time, too.

Had to go see about a girl… 💍 @misshayleypaige

Who Is Conrad Louis?

Since announcing her separation from Danny Wallis in July 2018, Paige has been dating fitness model, Conrad Louis. They have featured in each other’s Instagram posts and even had a romantic vacation in France together.

Texas native Louis is currently a fitness guru based New York. He has a YouTube channel where he dishes workout advice along with the occasional cooking videos.

Both Hayley Paige and her furbaby, Winnie, have featured on Louis’ channel. They’ve had workouts together and competed in cook-offs on the channel.

Louis was even her date at The Knot Gala in 2018 for the wedding industry’s top professionals. And now we’re hoping The Knot will give us a peek inside Paige and Louis’ wedding preparations, too!