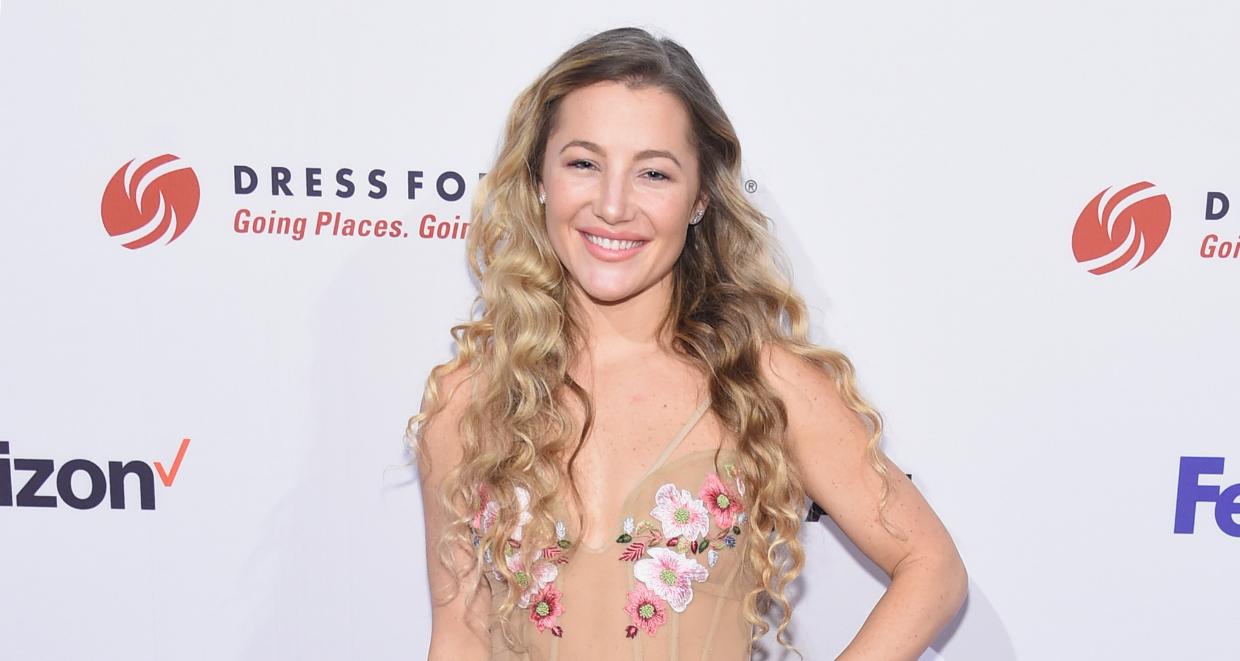 Hayley Paige wanted to be a dress designer from the time she was a child, and her grandmother taught her the basic skills she needed in order to make it happen. She got her first break at Elle magazine, where she learned the business of dress designing and Paige knew she wanted to specialize in designing bridal wear. Today, thanks to her hard work, she has developed her own brand (though she also designs for others as well) and she even has her own TV show called Hayley Ever After. But this bridal guru didn’t get her own happily ever after. In July 2018, she announced that she was getting a divorce from her husband, Danny Wallis. She will continue her career as a bridal wear designer, so her numerous fans don’t have to worry!

If you are planning on getting married and you need a beautiful bridal dress for the occasion, you should definitely check out Hayley Paige’s creations.

She is one of the top bridal dress designers in the world, and she has achieved this feat at a young age.

She was interested in designing from the time she was a child, and today her brands are known all over the world. Here are a few details from Hayley Paige’s wiki.

She Started Out as a Gymnast

Before Paige got serious about a career in dress designing, all her attention and energy was put into becoming a top-quality gymnast. She grew up in the Bay Area of California, where she was a competitive gymnast hoping to make it a career.

By her own admission, Paige used to practice gymnastics six hours a day. She developed time-management skills to balance her school work and her passion for gymnastics, and those skills still serve her well today.

Paige Learned from Her Grandmother

But then she was bit by the fashion bug and found a new creative outlet. Paige learned how to sew and crochet from her grandmother, when she was just about four years old.

She used to read comic books as a child, and she would sketch and draw for hours. In high school, she drew a flying bride as a superhero and then drew them on canvas bags that were bought by her mother’s friends. The super-bride was a real hit!

She used her skills to design and make her own dresses to wear to the school dances. She started reading bridal magazines and developed a liking for wedding dresses and their emotional value.

She was so into the bridal looks that she made herself white dresses for both her prom and graduation—and they both looked like wedding dresses!

Both Her Parents were Working Professionals

Paige’s father was a doctor and her mother was an interior designer, and she grew up idolizing both of them. She wanted to be a doctor too and wasn’t very sure if a profession like dress designing would pay off for her.

She still couldn’t make up her mind, even when she secured admission at Cornell University. Luckily, they offered her an opportunity to do a double major.

Paige chose to take both pre-med and apparel design, and she was very happy when her parents supported her decision to pursue fashion designing.

Paige Got Her First Break at Elle Magazine

During her college years, she got a chance to intern at Elle magazine working under a stylist named Julie Weiss.

It was her first real taste of Manhattan and of the fashion world, and she absolutely loved it. She worked hard at styling, editing, and putting outfits together.

A life-defining moment for Paige came during her senior runway show in 2007, for which she had created a 10-piece bridal collection.

On the spot, she was offered a job as a designer by famous American fashion designer Jill Stuart, and right then, her desire to pursue medicine went away.

That’s when her career in fashion designing really took off and her dreams began to come true.

She then worked as a designer at Priscilla of Boston for the Melissa Sweet brand for almost five years. She learned vital aspects of the process like the business and manufacturing aspects of it, but money was hard to come by.

She worked on side projects all the time and supplemented her salary with the earnings she made from them.

Still, it was a grind and Hayley worked harder than she ever thought she could, hoping it would one day pay off.

Also Read: Everything You Need to Know About Ciera Rogers

She Started Her Own Company

In 2010, Paige started a bridal accessory rental company along with a friend and named it Something Borrowed. She later had to give up her share of the company when she launched her own brand, Hayley Paige.

Paige realized that her strength was in designing and connecting with people on social media, but she needed someone to handle other aspects of the business, like manufacturing, distributing, and capital.

Paige Has Worked on Several Brands of Her Own

She contacted the CEO of Joseph L. Murphy (JLM), a house of bridal brands, and at the young age of 25 years, she got to launch her own collection under her name in July 2011.

She later started a bridesmaid’s line called Occasions, and she also designed another pre-existing brand called Jim Helm. She then launched Hayley Paige Red Carpet, a specialty wear that is worn by even the biggest celebs today!

She also started an athleisure line, which included fun pre-wedding wardrobe pieces for girls to wear during the day when they were getting ready.

Today, Hayley Paige is a huge name in bridal fashion wear and often the first name that comes to mind when a woman is shopping for her dream wedding dresses.

She Has Her Own TV Show 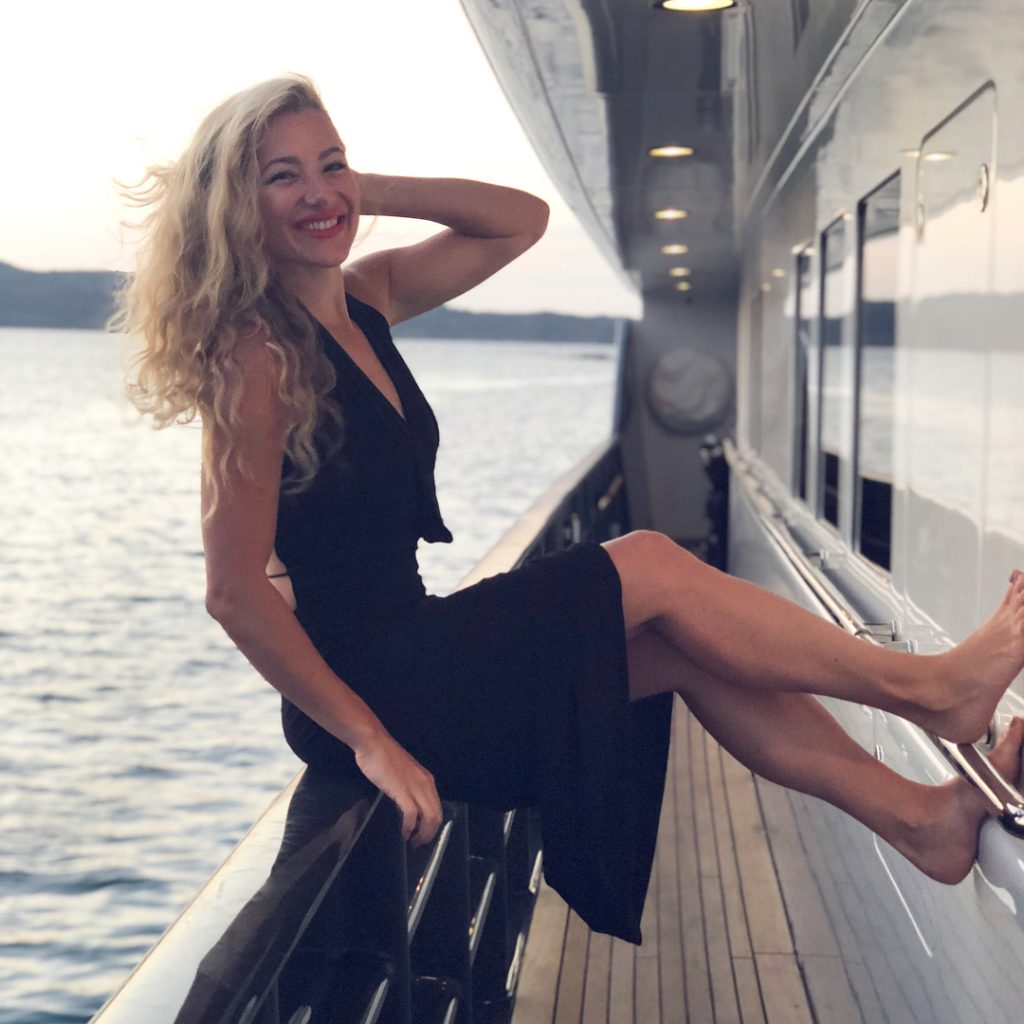 Now, Paige even has her own TV show called Hayley Ever After on TLC, where viewers can see the whole process of a beautiful bridal dress being made (starting from the sketching stage to the final finished, ready-to-wear product).

And, her dresses are almost always featured on the hit show, Say Yes to the Dress!

Paige’s Work Has Received a Lot of Publicity

As for Hayley Paige’s age? The young fashionista is still just 31 years old and has already achieved so much. She’s made her own dreams come true and her dresses have been featured in elite bridal publications such as The Knot, Brides, Martha Stewart Weddings, and Town & Country Weddings.

Her dress collections have also been featured on such prestigious TV show such as E! News, Good Morning America, The Today Show, and of course, Say Yes to the Dress.

She Got Engaged After a Whirlwind Romance

Paige has designed dresses for celebrities such as Carrie Underwood, Olivia Wilde, Chrissy Teigen, and Aly Raisman among others. But did you know she designed all the bridal dresses for her own wedding, as well?

She wore all five of them during her marriage ceremony when she wed insurance broker, Danny Wallis. But it was certainly a quick engagement! She made the decision to marry Wallis after just three months of a whirlwind romance!

The End of a Short-Lived Marriage

It was July 11, 2015, when Paige walked down the aisle with Wallis. She had the guests in awe with appreciative astonishment as she appeared in one bridal dress after another. The marriage took place at the Saint Francis Church of Assisi at Lake Tahoe, Sierra Nevada.

However, the marriage was short-lived, and in early July 2018, Paige announced in an Instagram post that her marriage was coming to an end. 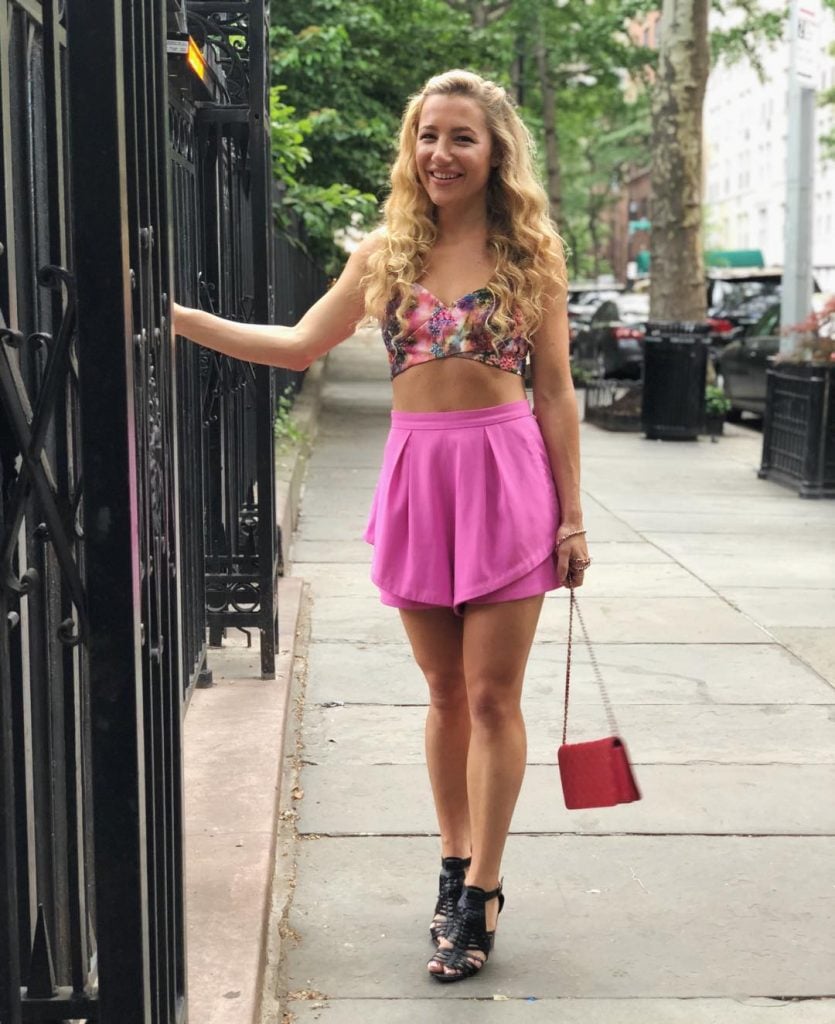 Ironically, when Paige announced her divorce, she gave a very positive message about herself to her fans. She wrote, “Having made this decision, I feel even more empowered and enthusiastic to be an advocate for love, marriage, and real-life fairy tales in my life and yours.”

Following the news of her split, some were worried she might not continue her work in bridal wear. However, fans, admirers, and clients of Hayley Paige need not worry because she is still going to design beautiful bridal dresses and continue her passion for those stunning white dresses!

Paige still believes in the storybook magic of weddings and will continue to bring the gift of beauty to all her hopeful brides!

You Deserve the Very Best!

So, if you are planning a wedding, yours or others, make sure you check out Hayley Paige’s offerings.

Much of her work can be viewed on her Instagram account and her designs are simply breathtaking! For an event that might happen only once in your life, you certainly deserve the very best!