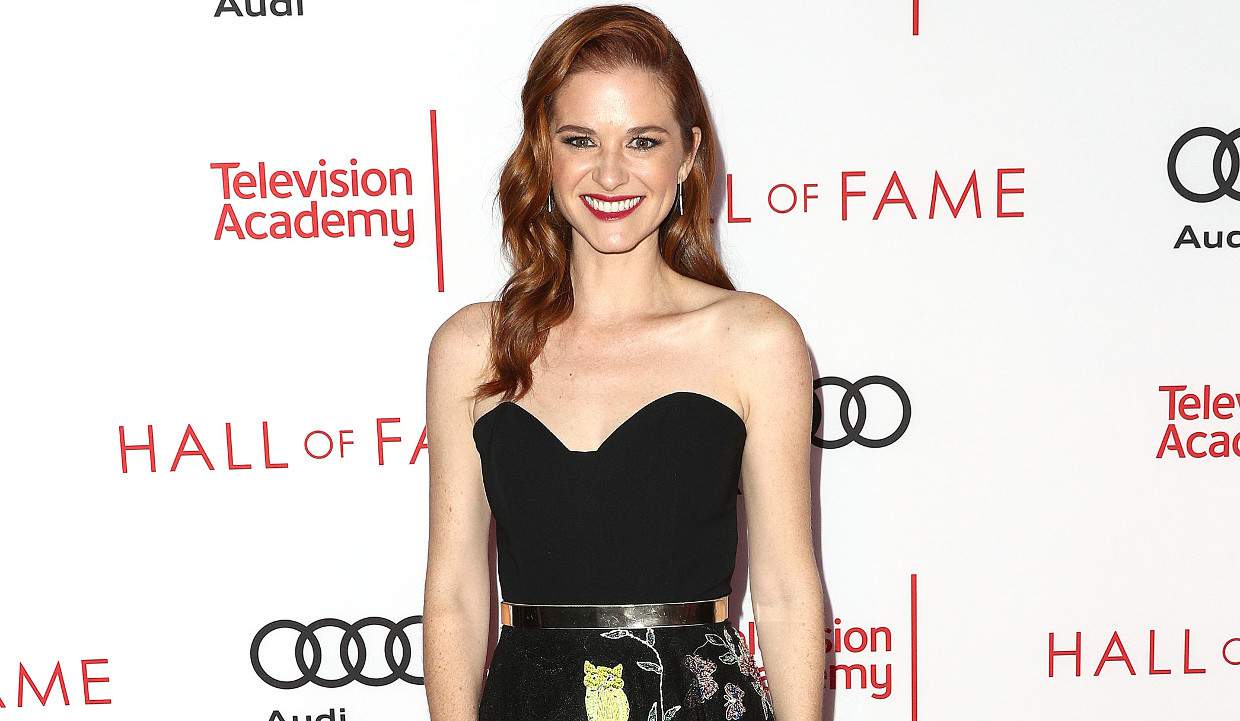 Thursday nights will never be the same! Season 14 of Grey’s Anatomy will see the departure of fan-favorite character, April Kepner, played by Sarah Drew. The announcement came yesterday (March 8), leaving fans in shock and wanting to know the reason behind the beloved character’s exit from the show. Why is Sarah Drew leaving Grey’s Anatomy? Keep reading to find out!

It’s true! Sarah Drew, who plays the role of April Kepner, will be saying goodbye to Grey Sloan Memorial (and us) at the end of this season!

The Grey’s Anatomy creative team made the announcement. And, they also confirmed the exit of Jessica Capshaw’s character, Arizona Robbins! (Cue gasps!)

While fans are not very pleased with this new development, many want to know more about the behind-the-scenes decision.

We’ve got the scoop, right here!

Essaying the role of Dr. April Kepner, Sarah Drew joined Grey’s Anatomy in season 6. After appearing in a couple of episodes that season, Drew became a series regular from season 7 on.

April started off as a surgical resident at Mercy West Hospital. She joined as a staff member after the merger of Mercy West with Seattle Grace Hospital, which was later renamed Grey Sloan Memorial Hospital.

Fans have watched April’s journey as a devout Christian girl who Meredith Grey (Ellen Pompeo) takes under her wing. She started off in neurosurgery but later found her calling as a trauma surgeon.

April soon grew to be a favorite among die-hard Grey’s Anatomy fans. From talking about her virginity to her crush on McDreamy, along with her relationship with her now ex-husband, Jackson Avery (Jesse Williams), April’s story has definitely been one rollercoaster of a ride!

Many fans wanted April to reunite with her ex-husband. But with April leaving the show at the end of the current season, the possibility of that happening seems unlikely.

Also Read: Is Bailey Leaving “Grey’s Anatomy?” Is Chandra Wilson Opting Out of the Hit Show?

The decision to drop April Kepner and Arizona Robbins’ characters seems to be based on the creative direction of the show for the next season.

Grey’s Anatomy executive producer Krista Vernoff said in a statement, “The characters of Arizona and April are permanently woven into the fabric of Grey’s Anatomy thanks to the extraordinary work of Jessica Capshaw and Sarah Drew.”

“As writers, our job is to follow the stories where they want to go, and sometimes that means saying goodbye to characters we love. It has been a joy and a privilege to work with these phenomenally talented actresses,” Vernoff added.

Grey’s Anatomy creator Shonda Rhimes praised both Drew and Capshaw for their incredible contribution to the show and said, “It’s always hard for me to say goodbye to any of my characters. Both Arizona Robbins and April Kepner are not only beloved but iconic — both the LBGTQ and devout Christian communities are underrepresented on TV.”

“I will be forever grateful to both Jessica and Sarah for bringing these characters to life with such vibrant performance and for inspiring women around the globe. They will always be a part of our Shondaland family,” Rhimes said.

Also Read: What Happened to Cristina Yang on “Grey’s Anatomy?” Did Cristina Die or Will She Return?

Drew shared her thoughts about the decision on Twitter and said that she was “grateful” for her time on the show.

Speculations have been rife about the departure of the two popular characters. Deadline published an article which implied that the duo leaving was due to Ellen Pompeo’s recent pay rise.

Vernoff went on to emphasize that the decision was a “creative one” and that “it felt true and right creatively to wrap up their stories.”

While we don’t know how April will make her exit (we’re hoping she doesn’t die!), all we can do now is hope for her to make a comeback in future seasons.