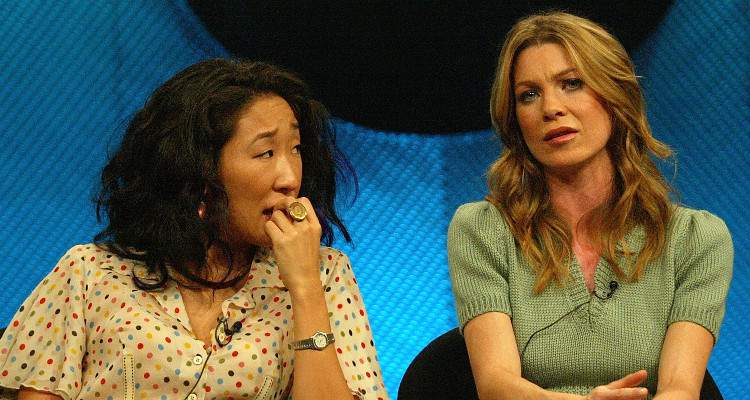 The 300th episode of Grey’s Anatomy brought up a lot of memories about Cristina Yang, Izzie Stevens, and more. Since the actors who played these roles weren’t actually in the episode, fans are questioning what happened to Cristina Yang. If you are among those who miss her, then read on to find out more.

Will Cristina Yang return to Grey’s Anatomy season 14? Well, given the fact that when she left, Grey Sloan Memorial Hospital was in a bomb-blast mess, it seems she got as far away from there as she could. As there was a scare that Cristina might have died in that very blast, fans did not have a choice but to wonder if the snippy doctor was still alive. It was later revealed that she was very much alive but later moved to Switzerland to pursue future medical endeavors. Whether she will make a comeback in season 14 is a whole different story.

An Emotional Goodbye to the “Annoying Twins”

Cristina spent the night with her ex, Owen, after she decided to take up a job in Zurich, Switzerland. This only meant that she was leaving Meredith, Seattle, and Grey Sloan Hospital for good. While she hurriedly dressed to shop for a universal charger for her phone, she played coy with Owen about their relationship.

She told him that this was their last goodbye, and while he teased about the previous night, she said that she couldn’t put Zurich off anymore. Cristina mentioned going to the mall for the charger, and told Owen that she would see him back at the hospital.

The news report caught everyone’s attention and in a shocking twist, a bomb went off at a local Seattle mall. Many were dead, while several who were injured were brought to the hospital. As Owen observed the patients with blisters, things became more serious as they figured out it may have been a chemical attack.

He was rushing to help people find their loved ones, when he realized that Cristina was headed to that mall. He froze in the spot, but not for long, because decontamination of bodies was up and running now, with Homeland Security trying to talk to him about one patient. Owen tried Cristina’s phone but it went straight to voicemail, leaving him with some horrific thoughts about what might have happened to her.

A Horror That Could’ve Been a Reality

The scare of it being a terrorist attack was making the Homeland Security chief restless. He adamantly questioned a young patient about the contents of his bag. As the boy collapses and Dr. Grey explains the situation to the agent, Cristina makes her way in to help with the chaotic ER.

As she explained to Alex how she did not have time to go to the mall, a flash of horror struck as she realized she was actually going to go there. Cristina begins doubting her move to Zurich, but Mer helps her friend clear her mind, and suggests that she should take it up.

As the doctors gain control of the situation, Cristina begins her goodbye rounds, hugging Webber, Bailey, and Shane. But her heart transplant patient receives the heart they were waiting for, and second thoughts creep into her mind again. Meredith to the rescue! She tells Cristina to go and that there is never a finish line to things.

The duo dance the stress out of Cristina, and with a heavy heart (after seeing a teary-eyed Owen in the O.R.), the doors close with the words “Dr. Cristina Yang” written on them.

Well, now that we know for sure that Cristina Yang is very much alive, we can always hope to see a surprise return of her character on the show. At the very end of the 300th episode, Mer gets a call from Cristina as she celebrates her Harper Avery award win with Alex over champagne. Though fans didn’t actually get to see Christina in the episode, putting a bit of focus on the old beloved character has them hoping she will make a return, even if as a guest star. The episode ended in somewhat of a cliffhanger, we hope she comes back at least for one episode!

Why did Cristina call Mer? Was it just to congratulate her, or was she going to give her more news? We can only find out by watching the 301st episode of the long-running show.