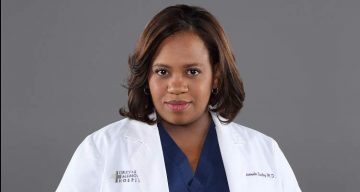 The preview for the next Grey’s Anatomy episode, scheduled to air in February 2018, caused havoc among fans of Dr. Miranda Bailey, who was shown having what seems to be a heart attack! Chandra Wilson has not given any indication that she is leaving the show, so questions about her character’s fate are being raised.

Over the years, audiences have grown to love Dr. Miranda Bailey, played by Chandra Wilson, on Grey’s Anatomy. But we last saw the character calmly walk into a hospital after showing symptoms of a heart attack. And instead of immediately being treated, she is questioned on her ability to diagnose her own symptoms.

Onset of Fame and Popularity

Chandra Wilson landed her breakthrough role as Dr. Miranda Bailey in 2005, after auditioning for the Grey’s Anatomy pilot. Since then, her role brought her fame and fortune to the point where people recognize her immediately.

Wilson once said, “The only difference in my career now is the visibility I have. People say I made it now, but I feel like I made it doing summer stock.”

This speculation mainly rose because of what we saw in last night’s episode and the preview of next week’s episode.

Bailey walks into a hospital that doesn’t look to be Grey Sloan Memorial. She tells a nurse that she believes that she is having a heart attack.

She is then seen in a hospital gown telling Richard Webber (James Pickens Jr.) and Maggie Pierce (Kelly McCreary) that she won’t succumb to a blocked artery and will fight it out.

Also Read: What Happened to Cristina Yang on “Grey’s Anatomy?” Did Cristina Die or Will She Return?

Bailey is later shown laid out with an oxygen mask on her face and the sound of a heart monitor flatlining in the background! Meanwhile, Warren receives a phone call and begins running to the hospital to see Bailey before it is too late.

The unthinkable might just happen, and fans are freaking out!

There is no information on Chandra Wilson wanting to leave the show. This is usually the reason we get advance notice of a character being killed off.

However, it was revealed earlier that Bailey’s husband, Ben Warren (Jason George), is leaving the show to work on the series’ new spin-off about Seattle’s firefighters called Station 19. So, if Bailey dies, how will Warren come back for crossovers?

Chandra Wilson herself has not made any confirmation that she is leaving Grey’s Anatomy. So we think fans will probably see her survive this one. But who knows!

The Future Is Always Unpredictable

Given the unpredictability of the future, nobody can say what will happen to Bailey in the episodes and seasons ahead. So, the best thing the fans can do is watch the next episodes of Grey’s Anatomy to answer their questions about Dr. Miranda Bailey.