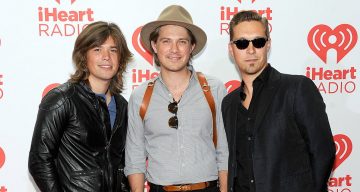 Hanson is back! No, this is not a cruel joke—the teen heartthrobs of the ‘90s are back, and they just announced their 25th anniversary tour, called “Middle of Everywhere!” With the pop band making a comeback, fans are doing everything they can to get their hands on tickets, before they sell out. And with Hanson’s net worth of over $20.0 million, this tour’s income is just icing on the cake!

It’s hard to believe that the once-famous pop band is back on tour, but here we are. This seems to be the year that every artist and their dog is putting out an album, or a single at least, and Hanson too, is getting in on the action! But now people are wondering: How rich is the Hanson band? If you’ve been looking through every Hanson wiki you can find, then stop searching, put the nostalgia on hold, and get the information you need on Hanson’s net worth of $20.0 million, right here.

In the early to late ‘90s, Hanson (formerly called The Hanson Brothers) was an a cappella group-turned-successful pop trio that won fans over with their many hit songs. The band was formed by brothers Isaac (guitar, bass, piano, vocals), Taylor (keyboard, piano, guitar, drums, vocals) and Zac (drums, piano, guitar, vocals). They are originally from Tulsa, Oklahoma, born to parents Clarke and Dianna. 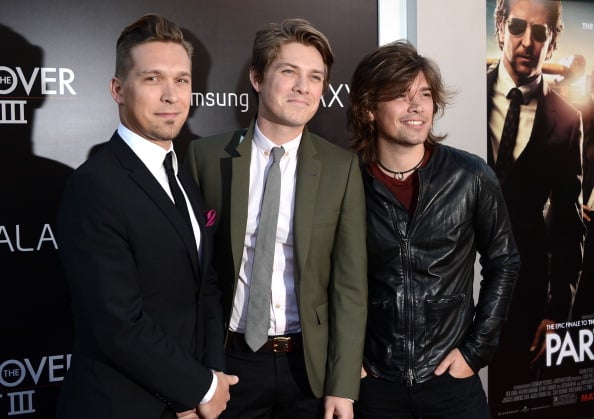 Clarke Isaac Hanson, 36, was born on November 17, 1980 in Tulsa, Oklahoma. He was home-schooled by his mother, along with his brothers at the time. Isaac is now married to his longtime girlfriend, Nicole Dufresne. They tied the knot in 2006 in Isaac’s home state of Oklahoma. They have two sons: Clarke Everett (born 2007) and James Monroe (born 2008), and a daughter named Nina Odette (born 2014).

The band, known for their youth and blond locks, became a huge success and are still known for their top-charted song, “MMMBop,” which debuted in 1997. Millennials today may not know of that song or even know who Hanson is, but there are a lot of fans who still get a twinge of nostalgia while hearing that particular song. Think of Hanson as the Jonas Brothers of the ‘90s, but without the skinny jeans and v-neck t-shirts. The band’s contract with Greenberg and Mercury records included a deal to produce six albums. Their first studio album, Middle of Nowhere was released in 1997 and featured their hit song “MMMBop,” which was their platinum and Grammy-nominated single. Songs such as “I Will Come to You” and “Where’s the Love,” were also at the top of the charts at the time. The band’s overall net worth is listed at $20.0 million and it looks like it will increase with the sales of their upcoming 25th anniversary world tour, “Middle of Everywhere.”

For their 21st anniversary, they released their own beer, called “Mmmhops.” (Yes, you read that correctly.)

On Monday, the band announced that they’re making a comeback with their 25th anniversary world tour, “Middle of Everywhere.” The brothers are back and ready to take to the road and share their music with the world. The world tour kicks off on May 21 at the Hop Jam Beer and Music Festival in Tulsa, an event Hanson created in their hometown.

“Making music together for 25 years is a milestone that we had to acknowledge, and what better way to do it than with an anniversary tour,” Taylor said in a statement.

“This year is not only about the two decades of music,” Isaac Hanson added. “It’s about celebrating the incredible community of fans who have been with us, singing along year after year.”

In addition to their world tour, the band will also be releasing a greatest hits album called Middle of Everywhere: Greatest Hits and a Christmas album called Ooh Christmas, to be released later this year.

The anniversary tour will wrap on October 27 at the House of Blues in Houston, Texas. Get the full list here and grab your tickets now! And have your Hanson tour schedule for 2017 memorized (because let’s face it, you’ve already got all the old classic songs memorized from all those years ago!)