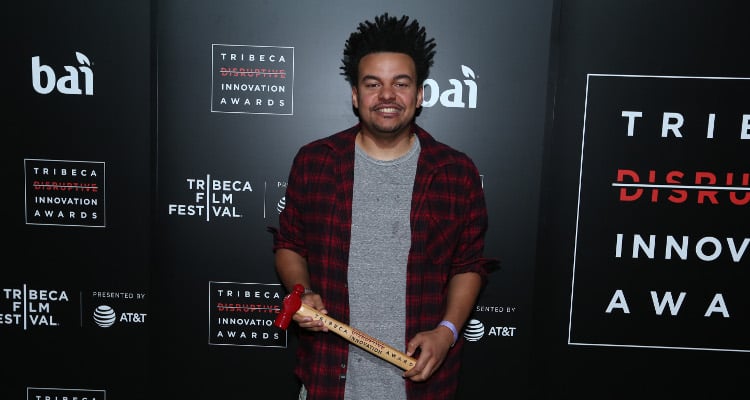 Halle Berry is letting everyone know she’s officially dating Alex da Kid! For the unaware, he’s a music producer behind some of the hottest chart-toppers in recent years. His net worth hasn’t been calculated, but he’s extremely successful in the music industry.

Halle Berry has changed her relationship status! The A-list actress has made her romance with Alex da Kid Instagram official, and fans are buzzing about the news. Alex da Kid and Halle Berry are the hottest couple right now and everyone wants to know more about the new man in her life.

Who is the man who gets to date the hottest actress in Hollywood? Find out everything there is to know about Halle Berry’s boyfriend, Alex da Kid, right here.

Born Alexander Grant, music wasn’t the first calling for this native of Bristol, England. Soccer was his original career path, and he even played professionally growing up. He played for the Championship Club Bristol City’s youth team before going astray. But it seems girls and partying ended his chances at a professional sports career, but he still strived for greatness.

Grant said, “After football, I thought, OK, if I don’t do something seriously, I’m going to be just another guy in a small flat somewhere.” He continued, “I really didn’t want that. I didn’t want my life just to be a regular life.”

He studied audio technology at the University of West London and graduated with a Master of Arts in Advanced Music Technology. He then began building connections in the music industry, pestering executives until they let him work in their labels where he came in contact with managers and other music professionals. Before long, he was producing the hottest tracks of recent years.

The grind never stops because when I close my eyes to sleep, I dream of my next idea…

“A year ago, I was looking up to those guys, I wanted to be where they were,” said Grant in 2010 about artists like Nicki Minaj, Eminem, Rihanna, and Dr. Dre. In a short span, Grant became one of the most sought-after producers by the very artists he looked up to. He had a few major writing and production credits but began gaining major attention when he produced Michelle Williams’ “Hello Heartbreak” in 2008 and Nicki Minaj’s “Massive Attack” in 2009.

He broke through in the global music scene with the worldwide hit “Airplanes” by B.o.B, featuring Hayley Williams. The song’s success caught the eye of Eminem who was on the hunt for fresh new producers for his album, Recovery. So, a few weeks before the album was finalized, Eminem asked Grant for some songs.

Slim Shady fell in love with one of Grant’s songs, “Love the Way You Lie.” On a tight deadline, the rapper recorded his part in two days while Rihanna made time out of her tour and recorded her vocals in one perfect session. The song and the music video starring Megan Fox was a worldwide success and prompted the one and only Dr. Dre to enlist Grant on his album.

The 35-year-old has also worked with Imagine Dragons on songs, including their mega-hit “Radioactive.” He founded his record company, KIDinaKORNER in 2011. His net worth hasn’t been calculated, but we presume it’s by no means small.

Halle Berry took to her Instagram on Tuesday (September 19) to post about the new man in her life. The producer is seen hugging the 51-year-old actress from behind in the black and white picture which she captioned, “My balance.” Grant posted the same photo on his own Instagram account, captioned the same. Berry has now gone public about her relationship with Grant, but according to a source close to them, they have been together for two months.

Berry has had bad luck with men in the past. She was sued by her first publicly known boyfriend and claimed another boyfriend abused her. Her first marriage to baseball player David Justice ended in divorce, as did her second marriage with musician Eric Benét.

She has a daughter named Nahla with model Gabriel Aubry, but they have a strained relationship now. She was married to French actor Olivier Martinez with whom she had a son named Maceo before they split in 2016.

Sources claim that Grant is a “ladies man” and many already predict the new couple won’t last long. Well, we’ll just have to wait and see. But for now, Halle Berry looks happy in love!