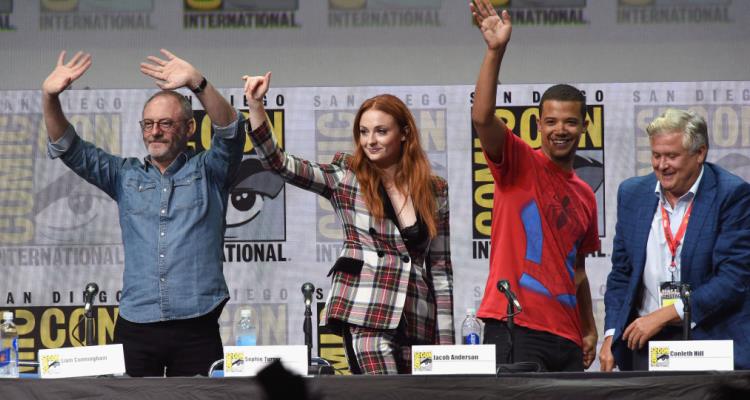 When Does Game of Thrones Season 8 Start?

The only reason so many people put up with this never-ending winter is because they want to get back to what is considered the best show on TV! But while the show is, in fact, returning for its final season (consisting of only six episodes), it won’t officially return until 2019!

“Our production people are trying to figure out a timeline for the shoot and how much time the special effects take,” HBO programming president, Casey Bloys told The Hollywood Reporter over the summer regarding the long wait between Game of Thrones seasons. “The shooting is complicated enough — on different continents, with all the technical aspects — and the special effects are a whole other production period that we’re trying to figure out. That is a big factor in all of this,” he added.

So, when exactly can fans see the final season of Game of Thrones? The Emmy-winning hit show has been known for its “Winter is Coming” tagline but as it turns out, there’s no exact date on when it will return. Both HBO and the cast have been tight-lipped on anything revealing. Aside from Thrones, Sophie Turner (Sansa Stark) has been busy being the future Mrs. Joe Jonas and playing Jean Grey/Phoenix in X-Men: Dark Phoenix, while Gwendoline Christie (Brienne of Tarth) has been preoccupied playing Captain Phasma in Star Wars: The Last Jedi. However, Thrones alum and Aquaman star Jason Momoa teased to Entertainment Weekly, “It’s going to be the greatest thing that’s ever aired on TV. It’s going to be unbelievable. It’s going to f—k up a lot of people.”

And we believe him! After the way things ended last season, fans still ain’t believe that Dany Targaryen and Jon Snow hooked up—and they’re related! Then there’s the big reveal of what happened between Lyanna Stark and Rhaegar Targaryen, the true parents of Jon Snow. To say that fans can’t wait for the final season to air is an understatement and we can’t say we blame them. Is it 2019 yet?

6 weeks away. #PrepareForWinter & relive all 6 seasons of #GameofThrones before the Season 7 premiere. (LINK IN BIO)