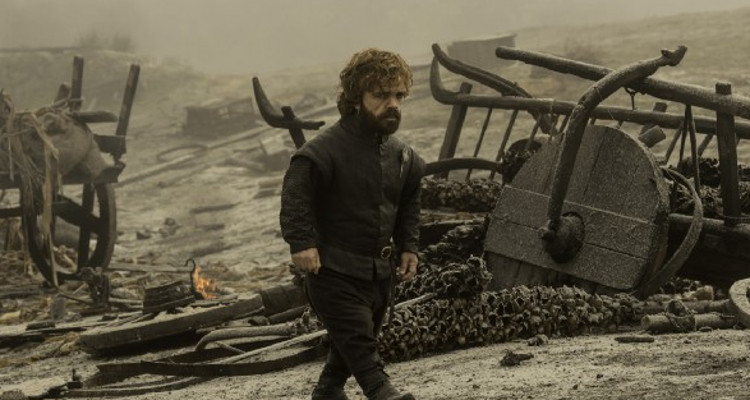 Game of Thrones season 7, episode 6 has reportedly leaked online and here’s the kicker: the episode was leaked accidentally by HBO Spain! Here’s what you need to know.

HBO and Game of Thrones season 7 are still reeling from the impact of hackers, data drops, and incessant leaks. Loyal Throners are surely doing their best to stay away and let David Benioff and D.B. Weiss get their due credit by watching the show when HBO airs it on schedule. But the latest leak is going to stump avid viewers of the show because it comes from the network itself! The culprit of the latest Game of Thrones leak is HBO Spain, but it was an obvious accident. Here’s what you need to know about the Game of Thrones season 7, episode 6 leak.

HBO has been dealing with a massive cyber attack after hackers stole details related to Game of Thrones and other shows, as well as confidential employee details. Since then, scripts of the show have made it online and fans are dodging spoilers left, right, and center. Episode 4 was leaked in a separate cyber breach by HBO’s distribution partner, Star Group. Meanwhile, the hackers made financial demands to HBO in return for not leaking more information. Four hackers related to the episode 4 leak were arrested in India.

But now, episode 6 has also made it online! HBO Spain accidentally released the episode days before the scheduled Sunday air-date. The report first surfaced on a GoT Reddit thread with screen-grabs of the accidental airing.

Episode 6 will be the second longest episode of GoT, with the season 7 finale expected to be the longest episode the franchise has ever aired. Well over 70 minutes, it’s more than 15 minutes over the average episode length. And HBO Spain reportedly aired a full hour of the show by accident! Oops!

The Reddit link contains spoilers and screen-grabs from the penultimate episode. There are alleged clips of the first few minutes that have made it online and complete episodes in lower quality have been leaked on other sites. It’s not known what action HBO Spain or the parent company has taken.

While it’s safer to steer clear of illegal data drops, HBO is still managing to keep the interest and anticipation for GoT alive. The official preview for episode 6 keeps us curious for when the episode airs on Sunday.

Previously, Tyrion suggested that Jon Snow should capture a White Walker and bring it to Cersei so she’d believe the army of dead is a bigger threat than Daenerys. If both queens put aside their fight, they could all join their forces against the Night King and his army. Jon, with Jorah, Gendry, Tormund, Beric, Thoros, and The Hound formed the Suicide Squad/ A Team/ Avengers/ Ocean’s Eleven team of Westeros as they go White Walker hunting.

The preview showed that Jon and his men have a tough battle ahead in the snow with the army of dead. The penultimate episode of the season might also finally give a hint to the Azor Ahai theory, since this is when Beric will be seen wielding the Lightbringer. The flaming sword in Beric’s hands was seen in the season 7 trailer and holds the key to the legend of the Seven Kingdoms.

A simple expedition to capture one undead species might turn into an all-out battle beyond the wall when the Night King intervenes. Among the many popular theories this season, it’s believed that one of our seven favorite heroes won’t return alive.

Game of Thrones season 7, episode 6 will air on Sunday (August 20) at 9:00 p.m. EST on HBO. You can watch Game of Thrones online on HBO Go or HBO Now, among other official streaming options. Until then, beware of illegal leaks!