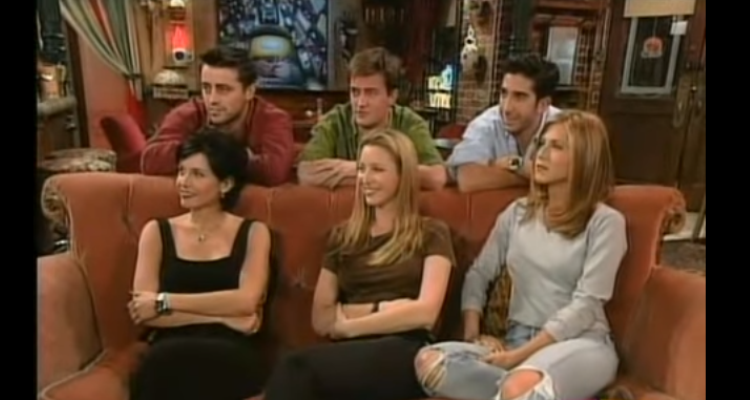 ‘Then and Now’ as a concept keeps our curiosity going, so for this article we’ll take a quick look at the cast of Friends, the popular TV Series that has literally bridged centuries.

“Friends” Cast: Then and Now

Then: Jennifer Aniston played Rachel Green, whose character steadily evolved from the shopping-obsessed runaway bride in season one to the professional city girl we came to know and love. She landed a coveted job at Ralph Lauren, had countless hairstyle changes and – much to everyone’s delight – finally ended up with Ross in final episode.
Now: Aniston’s love life seems to have gone through as many up and downs as Rachel’s did, but she finally found love with Justin Theroux, whom she wed in 2015. But ex-husband, Brad Pitt is still in touch after breaking up with his wife, Angelina Jolie. So things can happen…it is Hollywood, after all! On a professional front, the Golden Globe winner earned laughs in memorable films like The Break-Up, Wanderlust, Just Go With It, and Horrible Bosses among others. She’s just signed up for the film Dumplin’ based on Julie Murphy’s bestselling novel.

Then: David Schwimmer, the lovable goofy, Ross Geller, kept getting married and unmarried. Was it three times, or was it four? We’ve lost count! Wives could come and go, but his passion for dinosaurs stayed throughout the show’s 10-year run.
Now: Those who watched The People v. O.J. Simpson: American Crime Story will be forgiven for forgetting all about Ross Geller, as Schwimmer’s portrayal of the late defense attorney, Robert Kardashian left them completely enraptured. Learning from his on-screen mistakes, Schwimmer married only once off-screen to British artist Zoë Buckman, with whom he shares one daughter, Chloe.  But that marriage is reportedly on rocky ground.

Then: Organize. Organize. Organize. Monica Geller certainly got on her friends’ nerves, and sometimes even ours, with her OCD on the show. But all was forgiven and forgotten thanks to her super-romantic proposal to Chandler, which left us totally reaching for the tissues!

Now: We suppose some things run in the family. Like Schwimmer (who played her brother Ross in Friends), Ms. Cox co-parents her daughter, Coco along with David Arquette, whom she divorced. As far as her professional life goes, Cox starred in (and even directed) a few episodes of Cougar Town. Her first film, Just Before I Go released in 2014.

Then: Lisa Kudrow, the most sincere ‘Friend’ of the bunch, provided comic relief in her role as Phoebe Buffay. Her character was sprinkled with madness, but madness with a method. How else would she have penned the lyrics for arguably the favorite song of the ’90s, “Smelly Cat.”
Now: She is most recently in the news for revealing (though not fully) that one of the show’s many guest stars once made an offensive, misogynistic remark to her off camera. According to her, the guest star said, ‘Oh wow, now you’re” – can I say it? “Now you’re f——–,'” Kudrow refused, however, to name the guest star in question, although she did confirm that it was not Charlie Sheen.

Kudrow keeps on adding to her already packed acting resume, which includes The Comeback, Web Therapy and The Girl on the Train. Lisa is married to advertising exec Michel Stern, with whom she has a son.

Then: While his classic line, “How you Doing” had the opposite sex go weak in their knees, Joey Tribbiani’s real winning deal was his character portrayal of a totally un-smart, un-complicated, slow-witted roomie. He nailed his role of the quintessential good-looking ‘dumb guy,’ who stole our hearts until the show’s end.
Now: LeBlanc has found much success, earning a 2012 Golden Globe Award for his role in Showtime’s comedy, Episodes. Matt LeBlanc is currently the new Top Gear host. On a personal front, he is married to a woman named Melissa and the couple have one daughter, Marina.

Then: Matthew Perry had the best lines. Chandler Bing‘s ability to come up with stingers never ceased to amaze audiences, making him one of the favorite characters on the show. But sarcasm notwithstanding, he was pure putty in the hands of Monica – enough to make us go “aww!”
Now: Perry held his weight opposite Hollywood giants like Salma Hayek and Bruce Willis on the big screen, too. He eventually came back to the small screen with The Good Wife, Go On and most recently, The Odd Couple. His troubles with the bottle continue in spite of him helping others battle the curse of drug and alcohol addictions.

The cast of friends may not be young anymore but they are all still beautiful and handsome in their own way. But for those still interested in the numbers… here are their ages today.