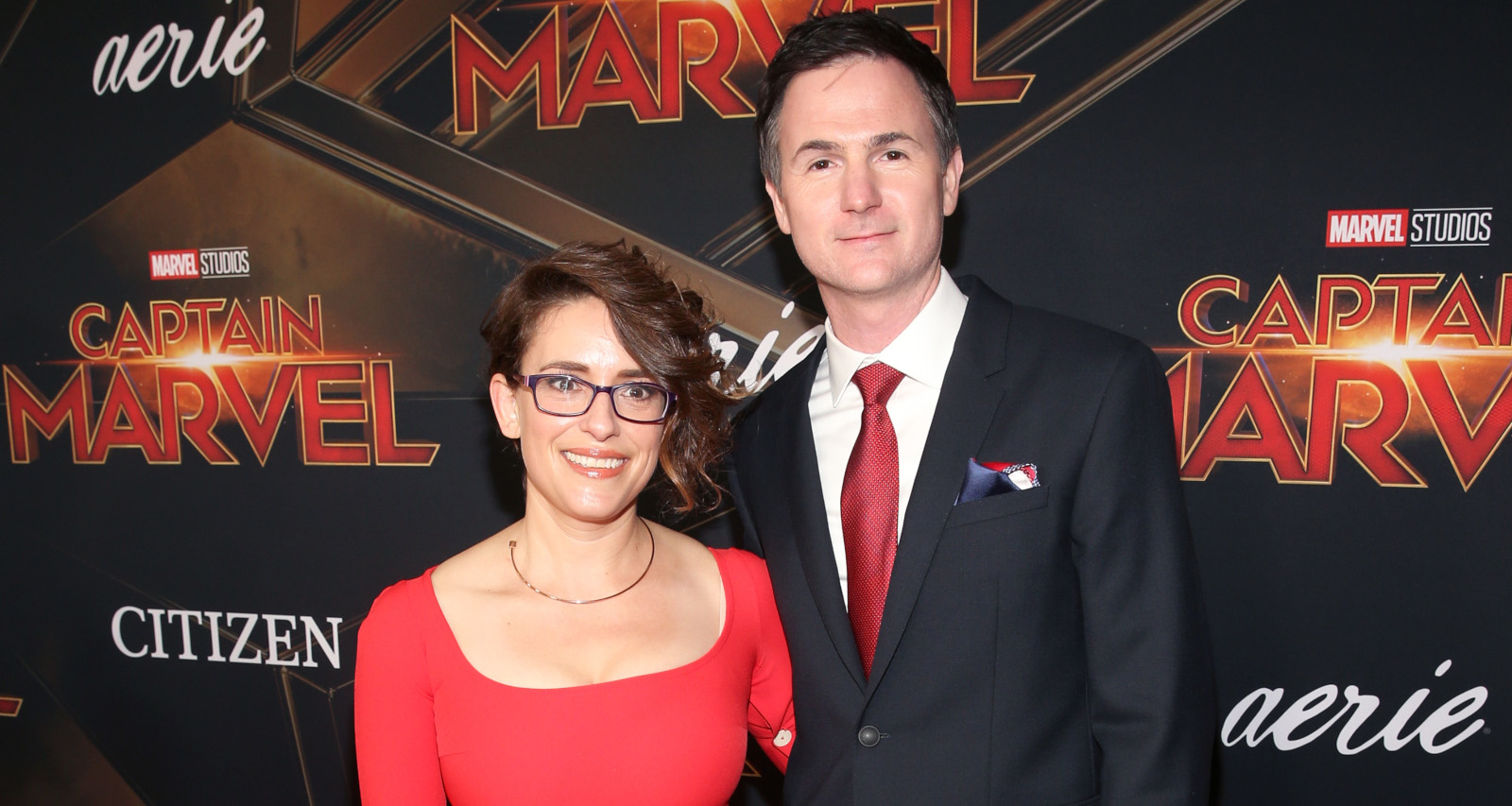 As Captain Marvel is the most anticipated MCU movie of 2019, the spotlight falls on the directing duo, Anna Boden and Ryan Fleck. Boden is touted as the first female director of the MCU, and together with Ryan Fleck, this is the biggest movie of their career. They are known for their critically acclaimed body of work. But what do we know about this couple outside of their professional ventures? We’ve got everything on Anna Boden and Ryan Fleck to celebrate their breakout directorial venture.

Anna R. Boden was born in 1976 and the 42-year-old grew up in a Jewish household in the Newton suburb of Boston, Massachusetts. She attended Newton North High School where she was active in the hiking club and environmental club.

There’s not much known about Boden’s family. She appears to be the sister of Elisa Boden, a famous gastroenterologist based in Seattle. Elisa attended Newton North High School before studying medicine at University of Chicago Pritzker School of Medicine.

Their father, Leslie Boden, is an economist and professor of environmental health at the Boston University School of Public Health.

At Newton North High, Anna indulged in photography classes that formed the starting point of her career. She gravitated towards films, photography, English, and literature in her youth.

Her parents took her to watch a lot of movies, even if they weren’t exactly kid-friendly. Unlike the most of us, Boden’s childhood movie diet was quite R-rated.

“I had always loved English and literature,” she said, “and then I combined that with my interest in photography, and I thought, ‘Wouldn’t it be great to tell stories in a visual way?’”

In 1997, she moved to New York to study English and cinema at Columbia University.

Forty-two-year-old Ryan Fleck was born in Berkeley, California to Jack Lucero Fleck and his then-wife and grew up in Oakland. The longtime baseball fan and Oakland A’s supporter graduated from Castro Valley High School.

As a kid, Fleck was enthralled by classic, fan-favorite films like ET and Back to the Future. He wanted to study cinema in college but didn’t have the money or grades to take up film studies right out of high school.

So after graduating high school, he initially went to Diablo Valley College, a community college in California. He studied science and math while focusing on theater, writing, directing, and acting.

He moved to New York in 1997, where he attended New York University’s Tisch School of Arts. He made a short film, Struggle, as a student before collaborating on a short film with then-Columbia student Anna Boden.

Although she gravitated towards films, Boden didn’t think she’d become a filmmaker one day. After a while at Columbia, she took a year off from school to volunteer in an AmeriCorps program in Seattle.

In AmeriCorps, she worked with a teacher who was a documentary filmmaker. During her sabbatical, she also helped develop a filmmaking course for the Talent Search program, a program for prospective first-generation college students.

Upon returning to Columbia, Boden took a non-fiction filmmaking class and shot her first short, Have You Seen This Man?, together with Ryan Fleck.

They Met While Working on a Student Film

Fleck and Boden met as students when Boden took a summer class at NYU. They bonded over their filmmaking idol, Robert Altman, and ‘70s cinema. They decided to collaborate on future projects after making the short film, Have You Seen This Man?

Together, they made the critics’ darling Ryan Gosling drama, Half Nelson (2006). They developed the script together, and Fleck directed the movie while Boden served as a producer. They were dating at the time Half Nelson was garnering applause in the festival circuit.

They followed it with the immigrant baseball drama, Sugar (2008), which marked their directorial debut as a duo. Their next indie film, It’s Kind of a Funny Story (2010), saw Zach Galifianakis in a role different from his usual comic characters.

Boden and Fleck soon returned with another indie hit, Mississippi Grind (2015). In recent history, the duo have taken their directing skills to television, directing episodes of Billions and The Affair.

After a successful run in the indie circuit, Marvel Studios enlisted the duo to direct Captain Marvel in 2017. This would be their first mainstream movie, set to hit theaters on March 8, 2019.

The directing duo are not hungry for mainstream attention. However, following the success of Mississippi Grind and their initiation into the MCU/ Captain Marvel bandwagon, they have received their fair amount of spotlight.

Many are curious to know if this directing team is a couple and if they are married. However, they are extremely private about their personal lives and there’s no information that they are married. They reportedly reside in Brooklyn, New York.

They were dating when they made Half Nelson, but broke up just before they began filming It’s Kind of a Funny Story. They decided to maintain their professional partnership and apparently got back together.

At the time they were promoting Mississippi Grind in early 2015, Boden was pregnant with their first child. Judging from Fleck’s Instagram, they are parents to Felix Fleck, who was born in March 2015.

Boden is not active on any social media platforms, while Fleck does post on Instagram and Twitter occasionally. Fleck, however, keeps much of their personal lives away from social media.

Fleck occasionally shares snaps from sets where they are working and other photos related to their work on social media. At the moment, his social media activity is focused on Captain Marvel.

Besides work, Fleck uses social media to voice his political views. His social and political views also drive him to develop thought-provoking, character-driven scripts with Boden.

Fleck says his outspoken ways are a product of growing up in a socially conscious home. “My parents were both political activists,” he said. “That’s informed me a lot in terms of wanting to tell stories that deal with what’s going on in the world. Though this is an intimate character study, it also has themes that are much larger.”

Fleck’s mother is a retired labor representative for California school employees. His father, Jack Lucero Fleck, was a city traffic engineer in San Francisco before retiring in 2010. He married Ligaya Lucero from the Philippines in 1993.

10 years ago this week!#halfnelson released on 2 screens in ny. This scene didn't make the cut. #tonyosso