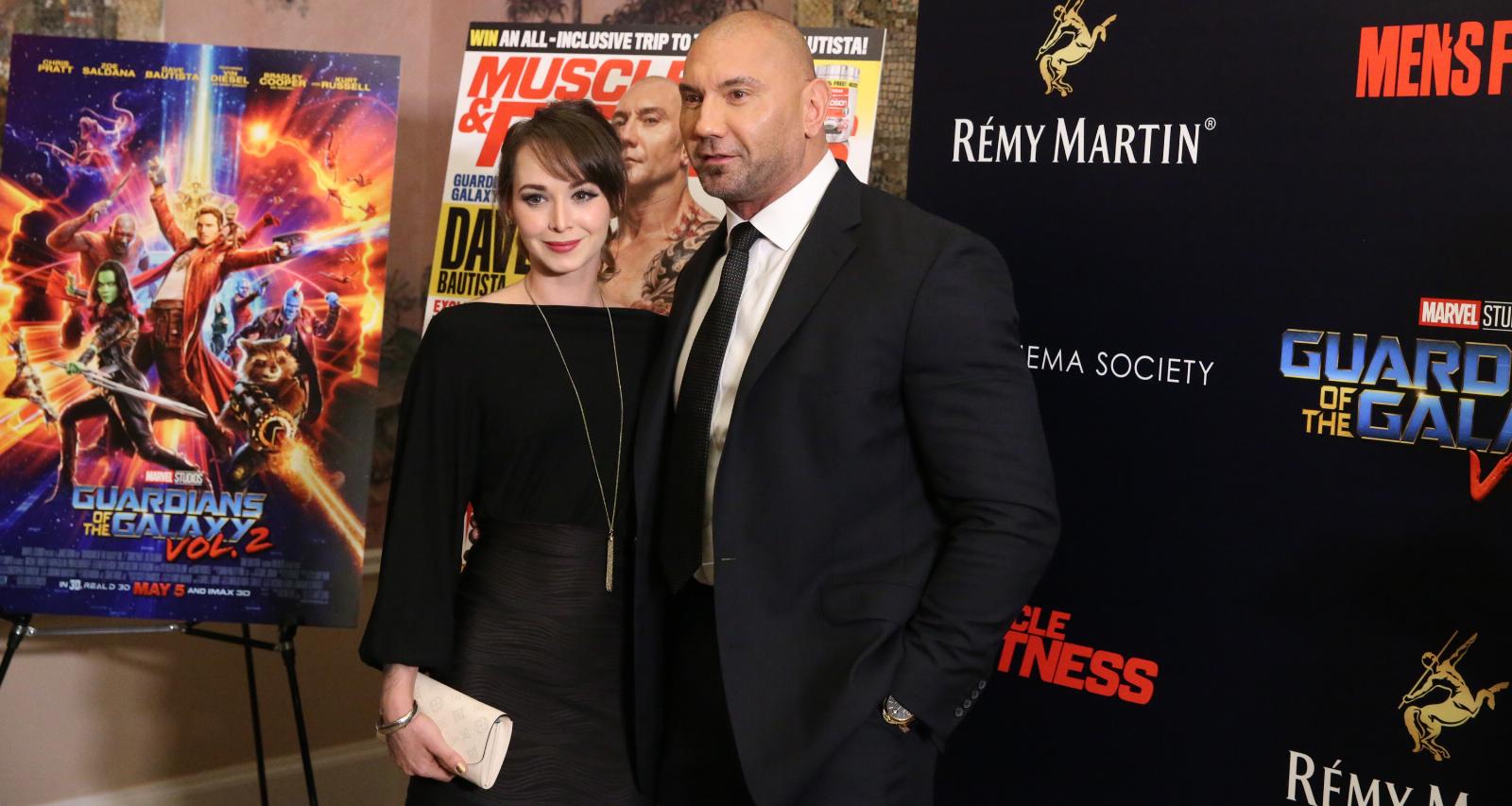 Guardians of the Galaxy actor Dave Bautista’s wife, Sarah Jade, is a star in her own right. She won Miss Pole Dance America in 2016 and teaches pole dancing in Tampa. She promotes fitness through the dance form and loves to spin on poles for shows.

Sarah Jade has been into pole dancing for over a decade now. She has been dancing her way to achieving her dreams and owns her very own dance studio.

Jade has been married to Dave Bautista since 2015. And this Bad Kitty emissary has only begun to shine!

Sarah Jade’s interest in pole dancing started when she was 18 years old. She saw a video on YouTube by Alethea Austin (a pole dancer and showgirl from Tennessee) and taught herself how to dance.

Jade became inspired by Austin and began practicing. She installed a pole in her home and would spend hours perfecting the skills and techniques required to master the dance form.

The pro dancer performed with her idol Austin at the Ink-N-Iron Showcase of the Stars, along with acclaimed aerialists like Jamilla Deville. She gained a huge fan following of her own in the process.

It was Austin who encouraged Jade to fill out the forms for competitions, including the U.S. Pole Dance Federation (USPDF) back in 2010. She also invited Jade to teach her class at the Sexy Flexy Camp and has always been there for her.

Jade has gathered quite the following since she opened her own pole dance studio. But that’s not all she’s known for.

This flexible dancer received the title of “Most Athletic” in the pro division of the Florida Pole Fitness Championship, won the Miss Pole Dance America in 2016, and won second place at the Southern Pole Championship.

After dancing at home for a couple of years, Jade turned her hobby into a business. She started her very own studio after she decided to teach pole dance.

In 2011, Jade opened the doors to her pole dance studio in Tampa she named Buttercup Pole Dance. It offers beginners the chance to understand the dance with proper techniques, taught by numerous instructors on board.

In an interview, Jade explained where the name for her dance studio came from. She said that her “great-grandmother, grandmother, and my mom owned an antique store” called Buttercup Cottage.

The family business was up and running until Jade was 17. So, when she opened her studio, she decided to pay homage to the three generations of female business owners before her.

Jade is also one of the instructors at her studio and loves to teach her own style of the dance to all who are passionate about the aerial dance form. She says that not only will the classes make you fit, but you’ll also have a ton of fun dancing!

Although there are very few options for pole dancers to buy attire, Sarah Jade makes sure that she suggests the best to her students and other polers.

She is the brand ambassador for pole dancewear brand, Bad Kitty. They offer everything from pole dance outfits to high heel shoes, which are often a standard requirement for the form of dance.

Jade and a select few pole dancers are featured on the Bad Kitty website. The brand is also promoted on Sarah Jade’s Instagram page regularly.

Dave Bautista is an ex-WWE star and an actor. He is best known for playing Drax in the Guardians of the Galaxy series and Marvel’s Avengers.

10/4 Good Hubby! Happy 3 years married and 9 years together, to the man I love so deeply @davebautista #luckygirl Dress and hair by @thediscodolls ?

It is unclear as to how Jade and Bautista met. But we do know that the couple has been together for a long time.

Bautista and Jade tied the knot in October 2015 at the picture-perfect Marie Selby Botanical Gardens in Sarasota, Florida.

The blushing bride wore a simple white Grecian-inspired dress with a sparkly headband. Her style was put together by The Disco Dolls Studio, and the custom dress was also made by them to suit Jade’s preferences.

The couple has been happily married for over two years, and currently, live in Florida.