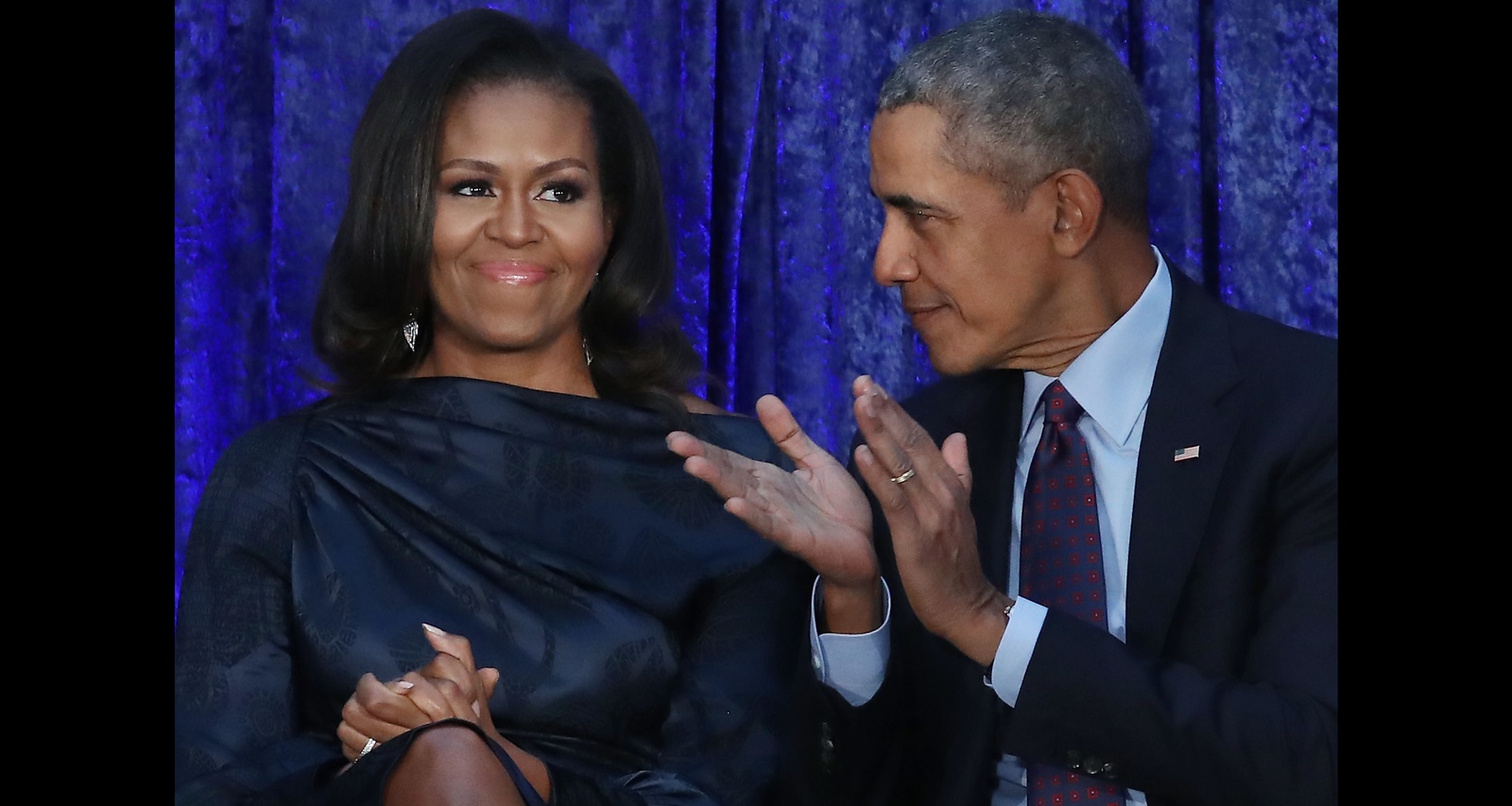 Former U.S. President Barack Obama and first lady Michelle Obama participate in the unveiling of their official portraits during a ceremony at the Smithsonian's National Portrait Gallery, on February 12, 2018 in Washington, DC. The portraits were commissioned by the Gallery, for Kehinde Wiley to create President Obama's portrait, and Amy Sherald that of Michelle Obama. (Photo by Mark Wilson/Getty Images)

Globe magazine’s September 30 issue claims that former U.S. President Barack Obama and his wife of almost three decades, Michelle Obama, are getting a divorce. The magazine also claims that the former FLOTUS is demanding $150.0 million in spousal support. Are the Obamas going to become former First Exes? This isn’t the first time they have been at the center of divorce rumors. But Globe’s claims have created a frenzy. Here’s why you shouldn’t worry about Barack and Michelle Obama separating.

Globe magazine, an American tabloid, has revealed its September 30, 2019 cover story, which claims that Barack and Michelle Obama are separating. The publication alleges that Michelle Obama walked out on the marriage and has some exorbitant demands.

According to the publication, Michelle was allegedly dissatisfied about giving up her job as a lawyer to support Barack’s political career. It also claims that the 44th president was jealous of Michelle’s successful memoir, Becoming, while his own doesn’t come out until 2020.

Besides the supposed $150.0 million in alimony, Michelle is allegedly demanding child support for their daughters Sasha and Malia Obama, as well as the Martha’s Vineyard mansion the couple reportedly purchased.

An August issue of the magazine even claimed they were having “screaming matches over money and out-of-control kids.”

The mag further claims that the former First Lady wants the celebrity life over a quiet retirement. So she allegedly plans to have her own talk show after the divorce.

As soon as the September cover hit stands and surfaced on social media, the Obamas’ supporters were in a frenzy. Many are shocked that the former First Couple is allegedly getting a divorce. Given that it is a real publication, they believe the report to be true.

But, like the countless other stories claiming the Obamas are getting a divorce, this one is also untrue.

Bitch The Obama’s getting a fuckin divorce like wtf ‼️

No Divorce on the Horizon for the Obamas

Barack and Michelle Obama have been candid about their relationship in the past, from seeking marriage counseling to parenting. For a lot of people, they are considered the ultimate in #MarriageGoals.

Their famous marriage has also weathered many rumors, so they are no strangers to divorce speculation. In fact, the Baracks were rumored to be separating in 2017, too. But Snopes disproved this rumor back then.

Globe’s sources can’t be verified and there’s no evidence supporting their claims.

Furthermore, Barack and Michelle Obama have individual net worths estimated at $70.0 million each. So the alleged $150.0 million alimony seems too outlandish in this case.

Additionally, it hasn’t been confirmed whether the couple is buying the beachfront property in Massachusetts’ Martha’s Vineyard, worth another $15.0 million. It’s reported that they might close the deal at the end of this month.

Buying a house worth millions (if they are buying the Massachusetts home, that is) doesn’t sound like something a couple on the verge of divorce would do.

The list of demands allegedly made by Michelle seems even more outlandish. The article claims that she wants to rub elbows with celebs and have her own talk show, and is therefore separating from her husband of 26 years (27 years on October 3!).

But, as one site points out, those things and divorce aren’t mutually exclusive. The Obamas post-White House life has seen them hanging around a lot of celebrities. And Michelle Obama, after the success of her memoir, could very easily have her own talk show if she wanted to.

But so far, the former presidential couple is content producing statement-making films. And there’s no evidence of trouble in paradise, either. So if you do see any rumors about Barack Obama and Michelle Obama divorcing, take them with a big grain of salt.

A good story helps us see the world outside of ourselves. It can help us feel a sort of solidarity with each other. And it’s one of our biggest goals with the stories we’re going to tell with Higher Ground. Part of this project is trying to make the world a little bit better for all our children and grandchildren. Because if we can put some better stories out there and make sure were hearing each other, we’re going to see a generation that is more tolerant, more inclusive, and better equipped to take on the challenges we face. Higher Ground’s first film, American Factory, is a complicated story with no easy solutions. But to me, it shows the value in recognizing someone else’s perspective. So take a look at our conversation with the directors, and check out American Factory on Netflix.