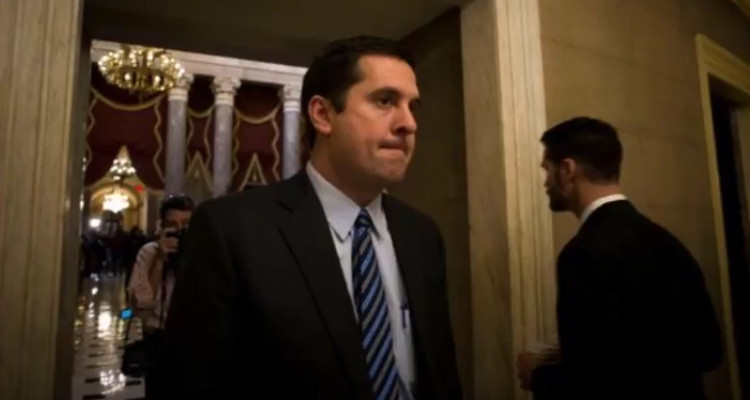 Ezra Cohen-Watnick is a fast rising White House staffer, who has been accused of providing classified information about a secret probe to Devin Nunes, the House Committee chairman. However, he seems to have the support of President Donald Trump. He is also at odds with the CIA.

The investigation into the alleged ties between Russia and President Donald Trump and his campaign has put 30-year old White House staffer, Ezra Cohen-Watnick under the spotlight. It is suggested that Cohen-Watnick provided key information in the ongoing probe that seeks to answer the question of whether Russia interfered in the 2016 presidential election or not. After this development, people are searching for Ezra Cohen-Watnick’s photos on the Internet and want to know more about him. Here are some details from Ezra Cohen-Watnick’s wiki.

Growing Up in the Political Heartland

He Had Top Security Clearance

After Trump’s victory in November 2016, Flynn brought Cohen-Watnick from the DIA to Trump’s transition team. Despite being relatively inexperienced, Cohen-Watnick was one of the few staffers to receive top security clearance. He took part in high-level intelligence briefings and even briefed President Trump, Vice President Mike Pence, and their team on national security issues. When Flynn was made the National Security Council head, he hired Cohen-Watnick to join his team. After Flynn’s departure, Cohen-Watnick was sought to be removed as, allegedly, intelligence officers were having problems dealing with him.

Surprisingly, Trump personally intervened in this matter and Ezra Cohen-Watnick was spared. This happened after top White House aides, Steve Bannon and Jared Kushner stepped in. Cohen-Watnick is supposedly close to Kushner and continues to be a senior director at the National Security Council.

This does not bode well for those hoping for a thaw in American-Iran relations. Cohen-Watnick is said to hold hawkish views on national security issues and wants America to take a tough stance on Iran. There were allegations that he reviewed classified reports of ambassadors and foreign officials of other countries, including Russia, who were trying to make contact with Trump’s family and inner circle before his inauguration on January 20, 2017.

Accused of Being a Whistle Blower

Now, Cohen-Watnick is accused of being one of the White House aides who leaked information about intelligence gathering in the Russia probe to Republican House Committee Chairman, Devin Nunes. Nunes refused to share information with his colleagues on the committee and went directly to Trump. His briefing to Trump raised questions regarding whether or not he is as independent as he should be. Cohen-Watnick is being accused of giving vital information to Nunes, though he has not yet revealed his sources.

Clashing with the CIA

Ezra Cohen-Watnick has managed to ruffle quite a few feathers in his short time at the White House. It seems the CIA doesn’t like Cohen-Watnick because he is “young, brash and ambitious.” The CIA feels he opposes them on several issues, especially on how to deal with an aggressive Iran. Though his name is being bandied about as the source for this explosive of confidential information, there has been no statement from Cohen-Watnick at this time.