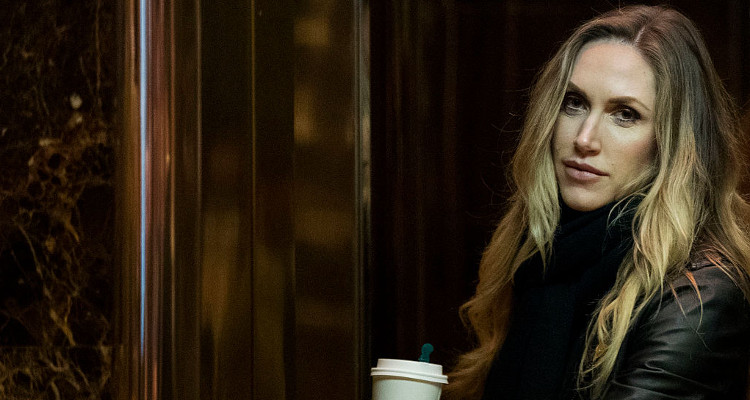 Eric Trump’s wife, Lara Trump became the first member of the First Family to pose for a fashion magazine, where she opened up about her life to Hello! Here are some interesting facts you need to know about Lara Trump and a look at Lara Trump’s pics from Instagram.

In March 2017, Eric Trump and his wife took to Instagram to announce that they were expecting their first child, and there will soon be another baby boy in the family! Lara, who is in her second trimester, told People magazine that adjusting to being pregnant was difficult. “It surprised me, because I’m a very active person, and until the fatigue hit, I didn’t believe it would actually happen to me, it really affected me. But I’m feeling really good now,” said. She further added, “I knew I always wanted kids someday, Eric’s going to be an amazing dad. The nieces and nephews love hanging with him. He’s the cool uncle. He’s watched Frozen many times.”

Eric and Lara Trump’s child will be Donald Trump’s ninth grandchild. His daughter, Ivanka Trump has three kids with her husband, Jared Kushner. Donald’s eldest son, Donald Trump Jr. has five kids with his wife, Vanessa Haydon Trump. We know a lot about Donald Trump’s family, but what about his daughter-in-law, Lara Trump? Given below are some interesting facts about the expecting mother.

A Former Personal Trainer Who was a Producer for Inside Edition

When this guy helps you find the perfect outfit ???

According to an archive on the Eric Trump Foundation web site, “As a former personal trainer, Lara remains an avid nutrition & fitness enthusiast and regularly runs full & half marathons for various charities, including the New York City Marathon for St. Jude Children’s Research Hospital. She recently competed in the Tough Mudder endurance event to benefit The Wounded Warrior Project and is a devotee of the full-body fitness program, SoulCycle.” Additionally, she has also worked as a journalist as well as associate producer for the CBS show, Inside Edition.

Eric and I are excited to add a boy to our pack in September! ? #BabyTrump

It is unclear how Eric and Lara Trump met, but we know Eric proposed in July 2014 at the Trump Seven Springs estate in Bedford, New York.

They dated for about six years before walking down the aisle. Their wedding ceremony took place at Donald Trump’s Mar-a-Lago Club in Palm Beach. Around 400 guests attended the wedding, which was officiated by Ivanka Trump’s husband. According to the New York Daily News, “They were reportedly walking her miniature beagle when he presented her with a ring from his sister Ivanka’s fine jewelry collection. They are said to have sealed the deal with a champagne toast, which Eric brought along for the occasion.”

Last family rally ?? Tomorrow is the day we take our country back. #MAGA

Recently, Lara did a photoshoot with Hello! magazine. During an interview with them, she opened up about her life saying, “I think that, ultimately, my father-in-law will change the United States for the better, restore pride to our country and go down in history as one of the greatest presidents.” She further added, “He is a man who, first and foremost, loves his family. He is a wonderful storyteller and loves large family dinners. We have such great times together and laugh a lot. He is gracious with his time and has a tremendous heart. He is an incredibly loyal person and never forgets those who are loyal to him.”

As President of the United States, Donald Trump and his family are under constant scrutiny. About this, Lara said, “Eric and I lead a pretty normal life. Our favorite place to be is our home outside of New York City. It’s quiet and relaxing, just the two of us and our dogs.”

Lara and Eric Worked Together for the Eric Trump Foundation

Lara and Eric Trump were heavily involved with the Eric Trump Foundation, which aimed to raise money for the treatment of patients admitted in St. Jude Children’s Hospital. The primary motive to start this foundation was to raise funds for children battling life-threatening diseases. However, Eric Trump recently released a statement on the official web site, stating that he has handed the reins over to somebody else. He stepped down to ensure there would be no conflict of interest for the foundation, now that his father is President of the United States. The foundation will be restructured and renamed, but will continue to provide financial support St. Jude Children’s Research Hospital.