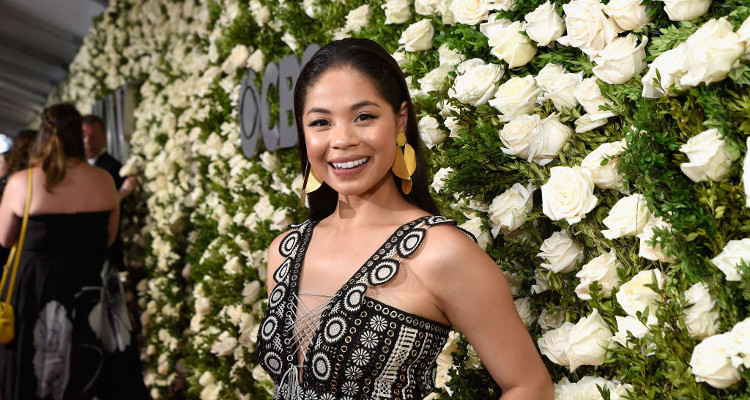 Eva Noblezada can bring the house down with her voice and steal hearts on the stage. This young musical star earned her first Tony Award nomination and performed on the prestigious stage on the big night.

The Tony Awards 2017, hosted by Kevin Spacey, brought together the biggest stars in Broadway, including one young lady who has dazzled on the stage with her enrapturing voice and talent. Eva Noblezada was not only nominated for her first Tony Award this year, she joined her Miss Saigon cast to perform “I’d Give My Life for You,” with the original Miss Saigon’s Kim, Lea Salonga. If you haven’t heard of the rising Broadway star, check out our Eva Noblezada wiki, right here.

Eva Noblezada was a student at the Northwest School of Arts in Charlotte, North Carolina. She went from performing in Cinderella during the sixth grade to being cast by Cameron Mackintosh, the British Theater producer. He’s noted for his revival of Miss Saigon and cast the then 17-year-old Noblezada as the protagonist, Kim. At the age of 21, she continues to get rave reviews as Kim. Her net worth hasn’t been calculated yet, but she’s lauded as one of the most bankable musical stars of the current generation.

It’s hard to believe that when she was cast, Noblezada was a few months away from graduating and hadn’t worked in a professional theater set up before. But she’s now a budding musical actress in West End and Broadway, having worked in Les Miserables and Miss Saigon and being nominated in the Best Leading Actress category at the Tony Awards in league with Bette Midler.

Throughout her high school years, Noblezada competed for The National High School Musical Theatre Awards, known as the Jimmy Awards. She has starred in shows like Footloose, Godspell, and West Side Story.

Casting director, Tara Rubin, fell in love with the then teen’s talent during the competition. She recorded her performance and sent it to Mackintosh, who wanted to meet Noblezada in London the next week. Eva Noblezada and her family didn’t have passports, so he flew to New York to meet them. He cast her as Kim in the West End revival of Miss Saigon and Noblezada had to move to London.

Did you know our beloved casting directors are currently without a union? Get involved & show your support…they sure as hell support us. ?? Please repost & share! #fairnessforcasting

Her musical roots run in the family with her aunt being a Broadway actress. Coincidentally, Calud had played the same part in the original Broadway play during the ‘90s. Annette Calud Staudinger, her father’s cousin, was the understudy for Kim’s part and eventually went on to play her role.

Staudinger watched the young Eva sing “A Whole New World” from Aladdin when she was just three years old! When she was nine, Staudinger took this child who loved to sing and dance, to New York where they saw The Lion King. “I remember exactly what I was wearing and where I was sitting in the Minskoff Theatre that day,” says Noblezada. “All the animals were coming down the aisle in ‘Circle of Life,’ and the giraffe passed me on the left. It looked beautiful, it sounded beautiful, and I already felt a part of it.”

Starting her professional theater career in London meant a big move for a 17-year-old, but she made it work. Noblezada is blessed with stamina that enables her to perform six times a week instead of the previously agreed four. Adding to it, she could soak up everything about the theater arts.

Eva Noblezada says that she is like a sponge and, in London, the arts community is a family. She adds that people speak to each other, listen, and observe which has helped her grow faster. Noblezada said that she was stressed as she not used to having 1,200 people look at her with expectations. She had to learn from her mistakes, but she believes it will make her a tougher actress and a stronger person.

Besides her hectic schedule, the 21-year-old also makes time for romance. She’s dating Leo Roberts, another musical actor. They met during Les Miserables and he has worked in the Shrek musical and the West End Show Boat revival.