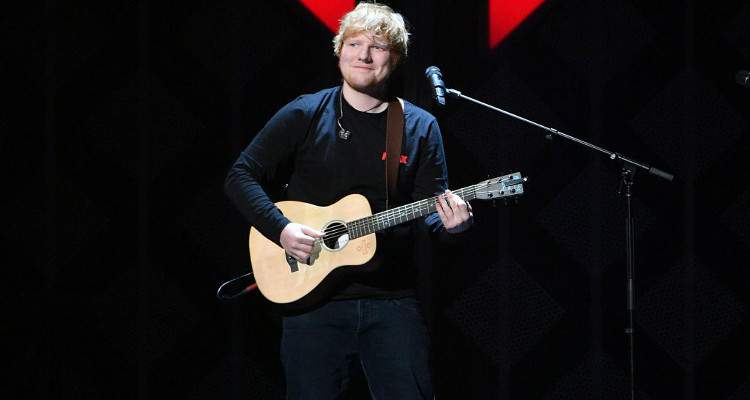 Ed Sheeran is known for his soulful, romantic songs that make our hearts melt. But who inspires his lovely songs? Now, we hate breaking hearts, but Ed Sheeran’s fiancee has the control over the strings of his heart. Do you want to know more about Ed Sheeran’s fiancee? If so, then look no further because we have all the details in our Cherry Seaborn wiki.

Right now “Shape of You” singer Ed Sheeran and Cherry Seaborn are in the limelight because of Sheeran’s latest Instagram post. We hate to break it to you but the “Thinking Out Loud” singer finally popped the question to his childhood friend, Cherry Seaborn.

The 26-year-old singer posted a photo of kissing Seaborn on her cheek on Instagram with the caption, “Got myself a fiancé just before new year. We are very happy and in love, and our cats are chuffed as well xx.” In an interview, Sheeran revealed that he knew Seaborn since they were kids but they started dating sometime in 2015.

Sheeran said, “It was around then, and we reconnected. I went on tour again, and then I went to Taylor’s 4th of July party. I was texting [Seaborn], and she was like, ‘I’m in Rhode Island at a 4th of July party,’ and I was like, ‘So am I.’ I kinda said to Taylor, ‘Can I invite one of my old schoolmates?’ The rest is history.” If you want to know who is Cherry Seaborn, then keep on reading.

Seaborn was born on May 6, 1992, which makes Cherry Seaborn’s age to be 25. She was born in Suffolk, United Kingdom to Matthew Seaborn and Ann Lancaster. Seaborn has a brother named, Charlie Seaborn. She is a financial consultant. She attended Thomas Mills High School with singer Ed Sheeran.

After high school, Seaborn went to Durham University, but always wanted to study in the U.S. so she transferred to Duke University. She joined the field hockey team there, where she said: “Ever since I was in high school I’ve always wanted to study in the United States. I looked into different schools that were good academically and also at hockey, and Duke was one that really jumped out at me.”

Seaborn is currently a senior advisory consultant at Deloitte in London. She previously worked as a consultant in the firm’s New York office.

When Did They Start Dating?

Cherry Seaborn and Ed Sheeran reportedly began dating in July 2015. The couple were friends in high school, before getting together in 2015. They managed to keep their relationship under wraps for quite some time before the paparazzi got wind of it.

In September 2015, they were seen at a Mets game in NYC and were later spotted hanging out with Swift’s now-ex, Calvin Harris in Las Vegas.

After Seaborn’s heel broke while dancing at the Warner Ciroc BRIT Awards after party, like a true gentleman, Ed Sheeran gave her his sneakers so she would not have to walk outside barefoot!

How adorable! Ed Sheeran is setting goals for boyfriends everywhere. And now he will set fiancee goals for everybody.

#EdSheeran is engaged to his love #CherrySeaborn! Go to the #LinkInBio to find out how he announced the happy news.

A little while back, rumors of Ed Sheeran’s engagement to Cherry Seaborn was making their rounds, thanks to Russell Crowe. On Facebook Live, Crowe mistakenly referred to Seaborn as Sheeran’s fiancée, while talking about the singer staying at his place.

Ed Sheeran took the misunderstanding well saying, “You know, he’s only met Cherry once and I didn’t introduce her… I didn’t say anything. I think he just assumed. But no, we’re not engaged.”

Well maybe Ed Sheeran was waiting for the perfect time to ask his lady love’s hand for marriage. We are truly happy for the couple and hope they get married soon. Congratulations to the couple!