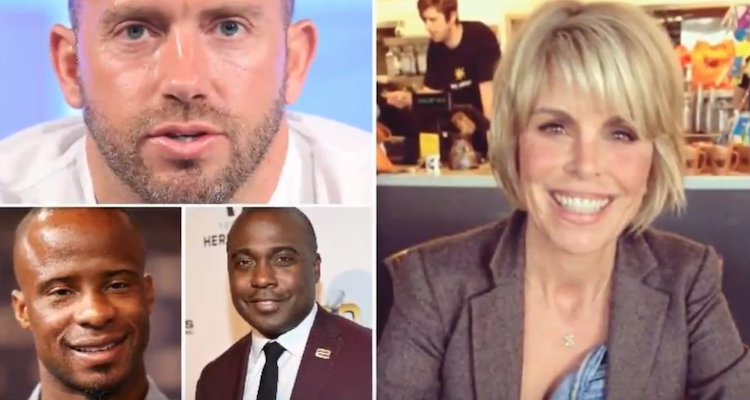 A former NFL Network employee alleged that she was sexually harassed by company executives and NFL players. According to her claims, Jami Cantor’s NFL Network career proved to be a hostile work environment. If you want more information on Jami Cantor and ESPN’s involvement, then we have just what you need.

Who is Jami Cantor?

Cantor, 52, is a former wardrobe stylist for the NFL Network and was hired in 2006. According to the Los Angeles Times, the Los Angeles native grew up in West Lake Village and attended White Oak Elementary School. She’s a graduate of the Fashion Institute of Design and Merchandising and worked at malls, galleries, and interior designed homes and houses. She has three kids: Zach, Karli, and Brandy. Since she doesn’t have social media, you can look at Jami Cantor’s pictures online.

Cantor named several former and current NFL players and executives for sexual misconduct and said she was fired “for stealing clothes” in October 2016, as retaliation. She filed a lawsuit before and claimed that men, including former NFL stars Marshall Faulk, Donovan McNabb, Heath Evans, and Warren Sapp, of sexual harassment and assault in an updated complaint filed at the Superior Court of California.

According to Cantor’s detailed 30-page complaint, Faulk asked her “deeply personal and invasive questions,” groped her, asked about her sexual life, and if she dated black men.

“Instead of saying good morning, Mr. Faulk greeted [Cantor] by fondling her breasts and groping her behind,” the lawsuit said. “As time went on, Mr. Faulk became more aggressive, such as inviting [Cantor] to his hotel room, stroking and pulling out his genitals in front of her, pointing to his crotch and asking Plaintiff, ‘when are you gonna get on this already?’” the lawsuit said. “He also pinned [Cantor] against a wall, demanding oral sex while he pulled his pants down.”

As a result of the numerous allegations, the men mentioned in the lawsuit have been suspended by their employers until the matter is resolved.

“These are very serious and disturbing allegations that we were made aware of today,” a spokesman for the Bill Simmons Media Group said in a statement. “We are placing Eric on leave indefinitely until we have a better understanding of what transpired during his time at the N.F.L., and we will conduct our own internal investigation.”

These claims are the latest of sexual harassment allegations that have been reported, which has resulted in prominent men across several industries to lose their jobs.