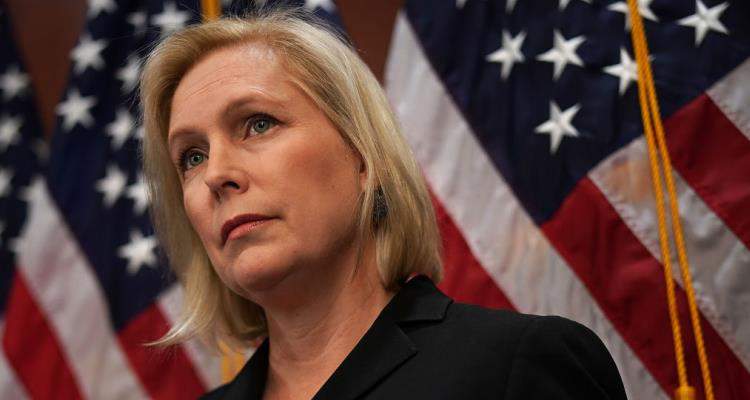 Kirsten Gillibrand’s husband is Jonathan Gillibrand and they have been married since 2001, with two sons: Theo, 14 and Henry, 9. Kirsten, 51, was born on December 9, 1966 in Albany, New York and graduated from UCLA Law School in 1991.

If you follow Kirsten Gillibrand’s Twitter, then chances are you saw her recent exchange with the commander in chief about the sexual misconduct claims.

He wrote, “Lightweight Senator Kirsten Gillibrand, a total flunky for Chuck Schumer and someone who would come to my office ‘begging’ for campaign contributions not so long ago (and would do anything for them), is now in the ring fighting against Trump. Very disloyal to Bill & Crooked-USED!”

She replied, “You cannot silence me or the millions of women who have gotten off the sidelines to speak out about the unfitness and shame you have brought to the Oval Office.”

Gillibrand has been one of the many people who have been trying to address the alarming amount of sexual assault allegations that have been happening in both Hollywood and corporate America. Democratic Senator Ron Wyden of Oregon also tweeted that the president to resign and encouraged Capitol Hill to investigate the issue.

“These women are right. If @realDonaldTrump won’t resign, Congress must investigate allegations by many, many women that he sexually assaulted and harassed them. No one is above the law,” he tweeted.

While many have been named and even fired in the recent sexual misconduct investigations, many have criticized why Trump is still able to keep his job. Democrat representative Al Franken already resigned and Trump still continues to endorse Republican representative, Roy Moore. Trump (and others) has compared these investigations to the Salem witch trials, and he denied the claims made against him.

If you’re looking for more of an inside look into what Gilibrand is doing on her crusade against Trump, or what else she’s interested in, then visit her Instagram. She’s been very vocal there and has been gaining both followers and critics on her standing against the president.

Do you think the president will resign? Let us know in the comments below!