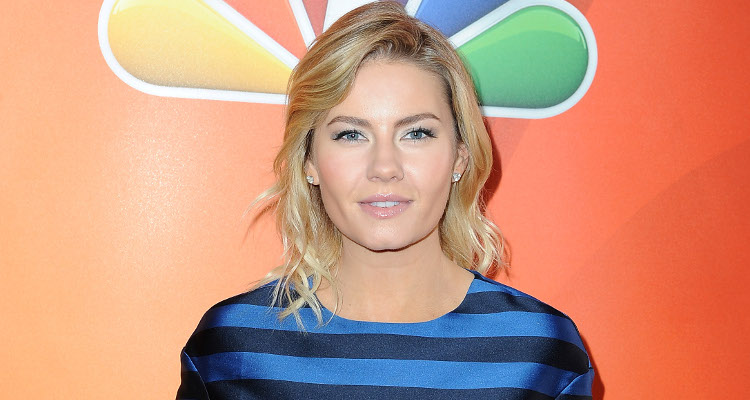 Elisha Cuthbert has been in the entertainment industry for a long time and played some memorable roles, although none of her films were really blockbusters. She is mainly recognized for her role in the TV series 24. Here’s more about the actress and what happened when some old memories surfaced on E!’s Hollywood Medium.

Hillary Clinton Invited Her to the White House

Elisha Ann Cuthbert was born in Alberta, Canada to Patricia, a housewife, and Kevin, an automotive design engineer. She lived in Quebec and Toronto before she found her calling. After graduating from school, she moved to Los Angeles at the age of 17 to pursue acting. Before moving to LA, she had worked as a model. At the age of nine, she modeled for a kid’s clothing line and worked as a foot model.

Her first acting appearance was on the kids’ horror show, Are You Afraid of the Dark? She started as an extra in the series before becoming a regular. Before this, she co-hosted Popular Mechanics for Kids with Jay Baruchel which caught Hillary Clinton’s attention. The former First Lady invited Cuthbert to the White House. She acquired more TV and film credits in Canada before moving to LA.

@entertainmentweekly and POPFEST I'm coming for you. ? watch out! makeup and hair all fancy on this beautiful Saturday Thanks 2 @derekpeterw & @kateydenno ❤️?

Soon after moving to Hollywood, Cuthbert landed the role of Kim Bauer, Jack Bauer’s daughter, in the thrilling TV series, 24. She appeared in the first three seasons and had guest roles in subsequent seasons. She also had small roles in some box office hits like Love Actually.

Cuthbert also acted in movies like House of Wax and appeared in Weezer’s music video for “Perfect Situation” as well as Paris Hilton’s “Nothing in this World.” Christina Ricci’s role in Speed Racer almost went to her, but she continued her role in 24. Her most memorable role was in the ensemble comedy, Happy Endings.

She currently stars in the Netflix series, The Ranch and her latest movie, Goon: Last of the Enforcers is expected to release this year. She is sometimes called a “has-been” actress but Cuthbert is by no means a washout. She is one of the most beautiful actresses on TV, critically-acclaimed for certain roles, and has amassed a net worth of $20.0 million.

A little throw back to a couple of my Globe moments! My favourite award show of the season. Definitely the most fun, if you can't tell by my face. ☺

She Splits Her Time between LA and Canada

The 34-year-old is an avid hockey fan and a Los Angeles Kings Season ticket holder. After dating a few actors in the past, Cuthbert began a relationship with NHL player, Dion Phaneuf. She married the professional hockey player in 2013. Cuthbert’s ex-boyfriend, Sean Avery, also an NHL player, made an absolutely crude “sloppy seconds” comment on Cuthbert’s relationship with Phaneuf.

Also Read: Hayley Erbert: Everything You Need to Know about Derek Hough’s Girlfriend

NHL took action against Avery, who was also criticized by the media and fans. Cuthbert and Phaneuf got engaged in 2012. Their wedding was in Canada, a year later with 300 guests in attendance. Her traditional wedding dress got attention for drawing inspiration from Grace Kelly’s iconic wedding dress. With her husband being an alternate captain of the Ottawa Senators, she splits her time between her work commitments in LA and attending her husband’s home games in Canada.

Hollywood Medium Tyler Henry contacted the spirit of Elisha Cuthbert’s grandmother in the latest episode which aired on Wednesday (June 14). Cuthbert’s grandma passed away alone at home and Henry said that she was okay with it.

“She had always said that like, ‘I’m never gonna go, even if something were wrong, I’m not gonna go to the hospital, I’m not gonna die in the hospital,'” Tyler told Elisha who had tears in her eyes, “She didn’t want to have to go through that process and she passed away alone at home, and she’s OK with it.”

MIND. BLOWN. @TyHenryMedium, you are beyond amazing. #HollywoodMedium can't wait to watch my reading tomorrow! pic.twitter.com/AYE9oAGtje