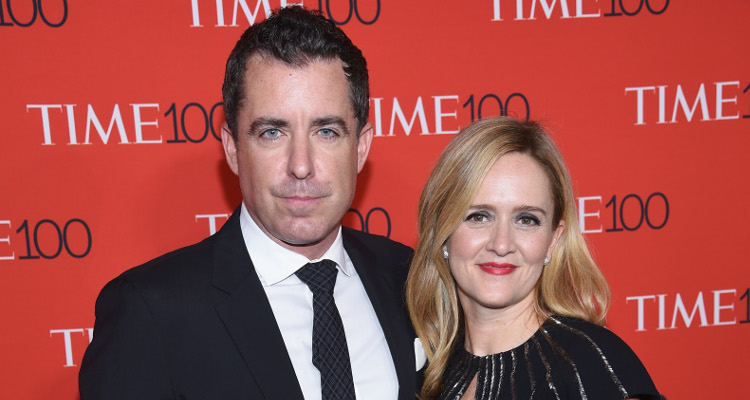 A new era may have begun for The Daily Show with Trevor Noah as its new host, but fans of the show still miss Jason Jones. The 44-year-old former correspondent was smart and incisive with his interviews and media bites. The man even traveled to Iran in search of classified interviews! Though sometimes known as Samantha Bee’s husband, Jason Jones has been in plenty of films and TV shows. For more about the actor and comedian, keep reading our Jason Jones wiki.

Jason Pierre Jones was born on June 3, 1973. He grew up in Hamilton, Ontario where he attended Hill Park Secondary School. After graduating from high school, he went to Ryerson Theatre School in Toronto. He later moved to the United States and became a citizen in 2014.

On October 13, 2001, Jones married TV personality and comedian, Samantha Bee, who was also a correspondent on The Daily Show with Jon Stewart. Together, the couple has three children: Piper Bee-Jones, Fletcher Bee-Jones, and Ripley Bee-Jones.

Jones is a wealthy actor, who has amassed a considerable wealth from various shows and movies. Jason Jones’ estimated net worth is $2.5 million.

The 44-year-old joined The Daily Show as a contributor in September 2005. He co-hosted the show with his wife, Samantha Bee, for one episode where he announced that he recently became a U.S. citizen. The two remained on the show as contributors, until Bee left in December 2005 for family leave. After her departure from The Daily Show, Jones was promoted to a full-time correspondent. His work on the show has allowed Jones to amass a significant fan following with his pieces like the Denmark cartoons, Carl Monday, and Laguna Beach. His exposé on the real values of Wasilla, Alaska remains one of the most popular pieces on The Daily Show.

His unique reporting style earning him praise from many, including comedian and fellow Daily Show alum, Rob Corddry, who said: “Jason Jones has raised the bar too high. I just can’t say the things he says to people.”

In 2015, Jones announced his departure from The Daily Show to work on The Detour, a TBS show he co-wrote and produced with Samantha Bee.

Jones covered the 2014 Sochi Olympics in Russia as a mock reporter. During his visit, he often lampooned Russian culture and its perceived police state.

Before The Daily Show, Jones collaborated with the Canadian sketch comedy troupe The Bobroom, hosted Craft Corner Deathmatch on the Style Network, appeared on the TV show Queer as Folk, and had a recurring guest role on CBS’s How I Met Your Mother.

Jason Jones has also appeared in the long-running legal drama, Law & Order twice as Len Pewels. In 2009, he had a supporting role in the movie All About Steve, later appearing in Pitch Perfect and Pitch Perfect 2 in a minor role.