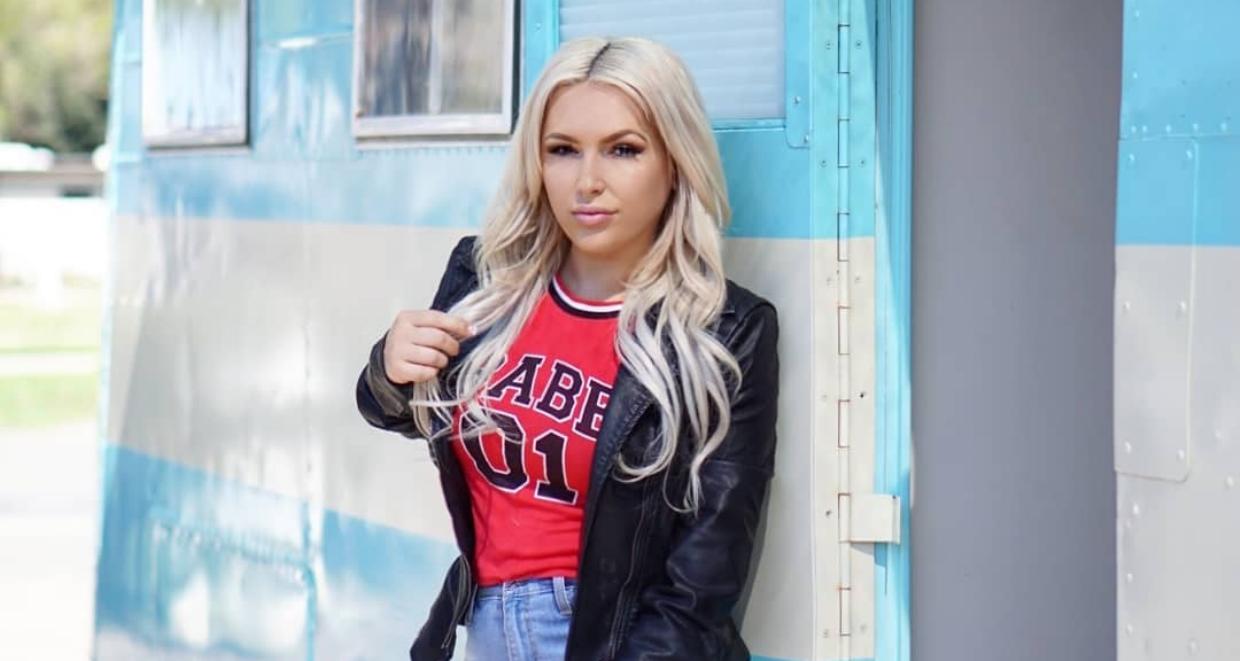 Elena Gant from Little Women: LA has been a fan-favorite of the show since she first appeared on the series in 2014! Standing at 4’4” tall, Elena Gant’s height has never brought her down. She has embraced being a little person and has had a successful run as a reality TV star. Did you know Gant first came to the USA for a “little people” conference? But what nationality is Elena Gant? And what does she do for a living? With her return to our TV screens, fans are dying to know more about her!

The woman who seems to have nothing but positive approaches on her mind has come a long way, and we mean literally! Elena is Russian by nationality, but she also became an American after she married film producer, Preston Gant.

Little Women: L.A. followed their relationship closely, from their wedding to the birth of their twin boys. These two have been fan-favorites from the start!

Born Elena Belenkaya on July 14, 1987, Elena Gant’s age is 30. Being raised in Russia by a family that had no signs of dwarfism, it’s unclear as to how Elena was born as a little person.

As mentioned, she has been married to Preston Gant since 2014, and since then, the two have welcomed twin boys. One of them has the same condition as their mother, and the other is of average height.

Elena Gant was just 16 years old when she came to the U.S. to attend a little people conference.

Elena Gant Has An Older Sister Who is of Normal Height

Elena’s mother, Guzel Belenkaya, and her sister, Olga, have been her greatest supports so far.

Her mother helps her with taking care of the twins and lives with her and Preston in their gorgeous California home.

Olga is also a mother to a baby boy, who, by the looks on Instagram is about three or four years old.

There is very little known about her father as he’s not featured on any social media accounts of the three ladies, but we do know that he passed away over a year ago. Elena took to Instagram to announce the news of his passing.

One of the highlights on the show was Elena and Preston’s wedding, as they got engaged just a couple of weeks before they said their “I Do’s!”

But unfortunately, Elena’s family could not be there. She went through a long separation from her sister especially, as Olga’s visa was rejected.

But later, the couple decided to renew their vows with the whole family present, and the wedding was showcased on Little Women: LA back in 2015. While choosing her dress with her castmates present, Elena was overcome with emotion about the vow renewal and the fact that her sister would finally be there with her this time. 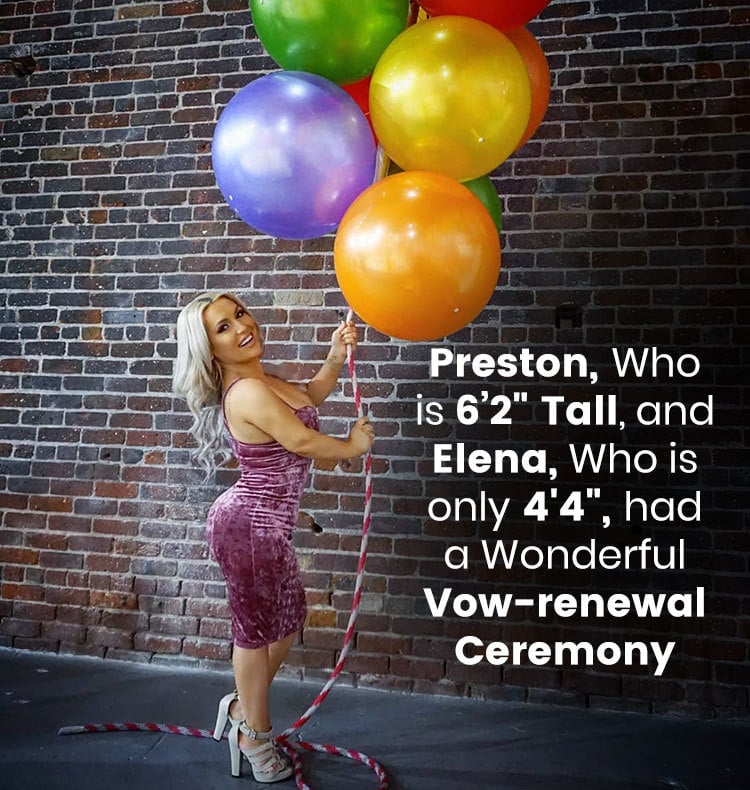 Preston, who is 6’2” tall, and Elena, who is only 4’4″, had a wonderful vow-renewal ceremony, which was held on a Hawaiian beach. Elena’s bridesmaid was none other than drama-seeker and costar Terra Jole, this time with Elena’s family in attendance.

The happy couple then welcomed twins, Kairo and Xavier, in 2016. The boys are already a year old and are featured in most of Elena’s YouTube vlogs. 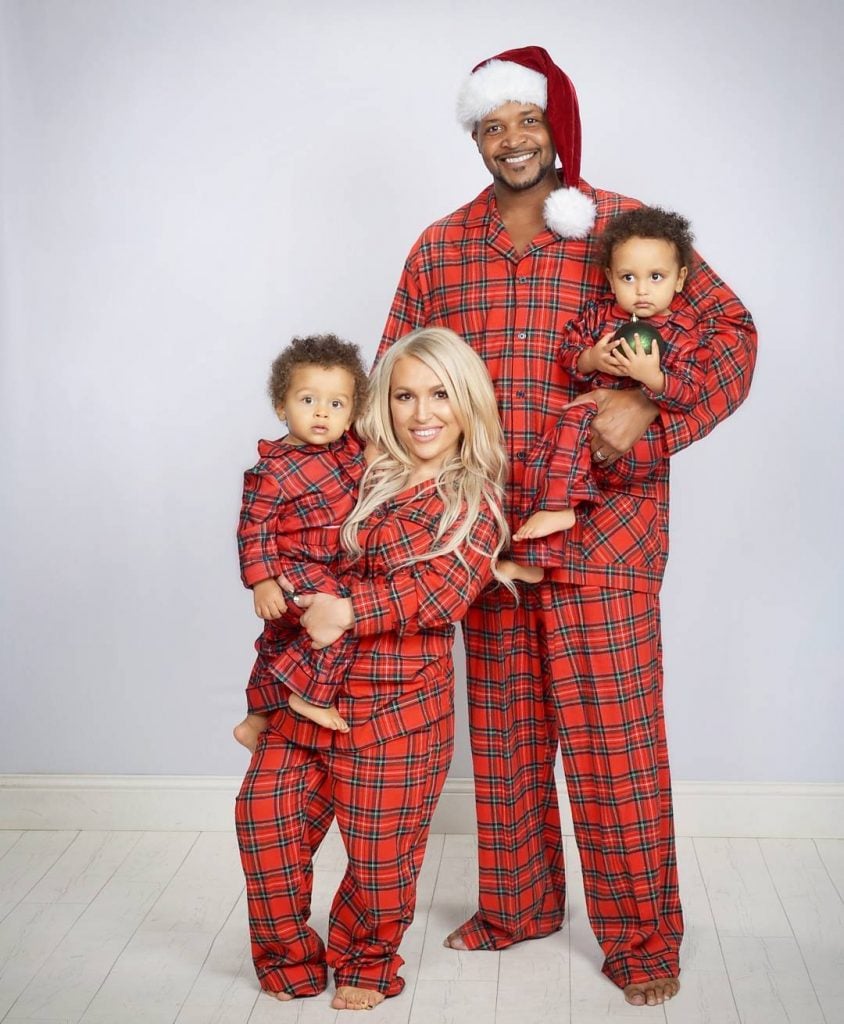 Elena Gant with her husband, Preston and kids Xavier and Kairo. Credits:Instagram/gantelena

Elena Gant is best known for her appearance on Lifetime’s Little Women: LA, but she also keeps herself busy when she’s not filming for the hit show.

Elena was only one who was an outsider when she was offered the reality TV part. The other women—Terra Joel, Briana Manson, Tonya Renee Banks, and the rest of the cast knew each other from before.

All in all, it worked out great for Elena, and she is positive that there are more amazing things waiting for her in the future.

Elena Gant has appeared on Access Hollywood, The Relapse and also as a celebrity guest on Chelsea. According to IMDB, Elena has appeared in her husband Preston’s produced movie Bloodsucka vs The Creeping Death.

She has also gained some followers on her YouTube channel titled EleGant Life, and today she has over 181k subscribers on the video-sharing website!

Elena’s makeup tutorials have also gained an impressive audience, and EG Beauty has become a familiar name among vlog lovers.

Elena is amazing at doing character makeup and she has showcased her skills by doing a Spiderman bandana look for Halloween, along with Avatar-inspired makeup. It’s easy to see, considering her own makeup is always on point!

She also does bits on her daily life, like a morning routine video and some vlogs where she lets people into the behind-the-scenes of her glamorous life.

It can be estimated that she earns an estimated $11,000 annually through her YouTube channel.

On Instagram, Elena Gant has also been very active when it comes to endorsements. She mostly promotes Flat Tummy Co on the social media platform, with an occasional mention of a show compant called Cinderella of Boston Shoes.

She also promotes Fashion Nova heavily on Instagram, and most of her stylish looks have been put together by the brand.

Elena Gant’s net worth can be estimated at about $2.0 million, and we’re sure this lovely lady is going to achieve a lot more in the coming future!

Little Women: LA season 7 is currently airing on Lifetime and you can watch the new episodes on Wednesdays at 9:00 p.m. EST!