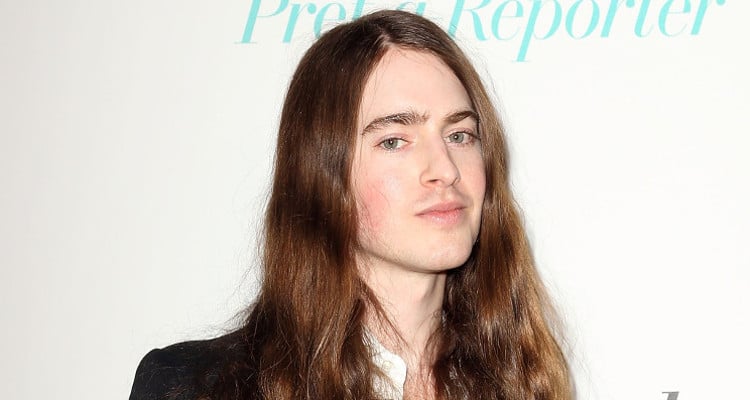 Are you a fan of the chic minimalist makeup trend? If so, you’ve probably heard of the person who started it. If you haven’t, than you need to find yourself an Edward Bess Hair Hero now! Edward Bess is the makeup boy wonder who turns Hollywood’s biggest stars into red carpet beauties.

Can we stop and talk about Edward Bess for a moment? We don’t mean the Edward Bess cosmetics brand which, by the way, is to die for. We’re talking about the man behind it, who can clearly make anyone beautiful. Edward Bess is the closest thing to a fairy godmother we have, who can make us feel like Cinderella. We simply can’t stop raving about him and his products! So, we’re bringing you our Edward Bess wiki, with everything you need to know about the makeup guru.

An Eye for Fashion

Bess grew up in Lake City, South Carolina, imparting his fashion and styling ideas to the women around him. He would style his mother and three sisters, advise them on what colors to wear, which lipsticks suited them, and so on. The ladies obliged and that helped him in the long run. He said it gave him confidence that his vision might resonate with women everywhere.

Bess was so serious about his making women look pretty, he would be honest and direct, irrespective of who the person was. He once pulled his fourth grade teacher aside and told her, “Your lipstick makes you look sick.” Ouch! He said she was so embarrassed by her “blue-based lipstick” that she took it off right away!

To say she's an inspiration still falls short of how I feel – there simply are no words to profess my unending admiration and love for the most important woman in my life: M❤️M #HappyMothersDay to mine and all the beautiful mothers

He was into Modeling and Theater

At the age of 15, Bess began modeling for some of the most famous designers in the world. Oddly enough, he was discovered while he was studying at The Professional Performing Arts school in New York. As a theater major, he read a monologue for auditions and got in. Fortunately, his parents were supportive and allowed him to move across the country.

While at school, a filmmaker took black and white photos of Bess on a rooftop. An agent saw them and this led to his career in modeling. “The first gig right off the bat after I signed with Click was a shoot with (Francesco) Scavullo. It was pretty crazy,” he said.

Tuesday felt like Monday, can Wednesday just be Friday?

At the age of 18, Edward Bess gave up a very lucrative career in front of the camera to follow his lifelong dream of making women beautiful. He was “sick” of watching women getting their makeup done wrong. This led to the birth of his makeup line.

In 2006, at the mere age of 21, he launched his first line of lip colors; Lip Wardrobe at Bergdorf Goodman. Its instant success led to his plan to expand the line further, and soon he launched his skincare range. Now, his brand has expanded to perfumes and hair care which has amazing reviews.

He divides his time between New York and LA, personally meeting the women behind his counters and advising them. His only advice is to wear minimal makeup. “Of all people to be saying this it’s funny because it shouldn’t be me —but I’m saying wear less makeup,” he said.

Hollywood’s biggest names can’t get enough of Bess’ makeup line. Courteney Cox revealed in her column how she fell for his products. “I recently was in a hurry, as usual, and popped into Neiman Marcus where I had my makeup put on by the salesperson at the Edward Bess counter. I bought everything she put on me,” wrote the Friends star. Even the young makeup artist can’t believe people like Oprah Winfrey, Kirstie Alley, and Vera Wang have declared their love for his products.

Perhaps the biggest badge of honor for this style guru is from his childhood idol, Farrah Fawcett. The late Charlie’s Angels star sent him a personal note when she discovered his line at Bergdorf’s.

While he’s a celebrated “fairy godmother” of sorts, many wonder if Bess is dating, or is perhaps married. Some wonder if he’s gay or assume so because of his long curls, slender figure, and his ability to make women look flawless in beauty. Sadly, Bess hasn’t commented on his sexuality or who he’s dating. We’ll wait for the day he does. In the meantime, one last bit of advice from the beauty guru himself:

“The most common mistake I see a woman making is wearing too much makeup and perhaps trying to cover and conceal to look like someone else. She really should be highlighting her best features so that she looks like the best possible version of herself.” We agree!

What a thing of beauty you are @brookeshields and so much fun celebrating @fragrancefdtn The Finalist's Luncheon today – my fave scent Genre is nominated for Indie Fragrance of the Year 2017!