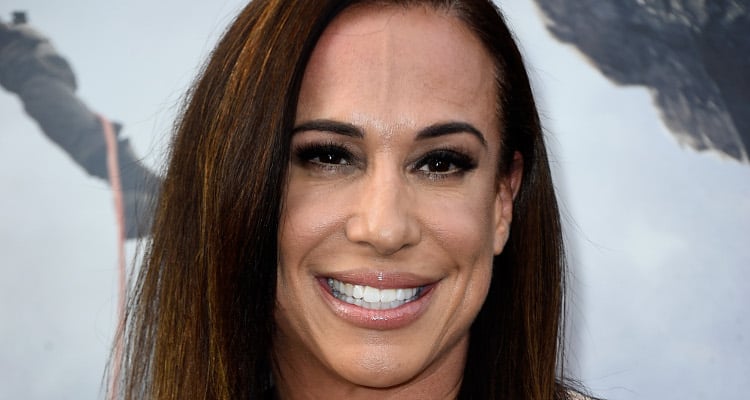 Despite being divorced, Dany Garcia and Dwayne Johnson have a close professional relationship. She is his manager and the guardian of his multi-million dollar enterprise. Garcia produced Baywatch and also has producing credits to some of Johnson’s upcoming movies. With a net worth of $70.0 million and a sharp business mindset, Garcia is a force to be reckoned with.

Dany Garcia may be Dwayne Johnson’s ex-wife, but she is also his current manager and the person responsible for his multi-million dollar enterprise. So, how does this dichotomy actually work? According to Garcia, “I was already deeply involved with his agents, I was already commenting on his scripts. It was a very natural conversation, where he just said to me, ‘I would love for you to do this full time.’” Johnson and Garcia are producing four of the actor’s newest films; the recently released Baywatch, the newly announced Jungle Cruise project, DC’s Shazam! adaptation, Rampage, and Fighting with My Family. People want to know more about the quiet force behind Dwayne Johnson’s success, so we have some details from Dany Garcia’s wiki.

A Sharp Eye for Business

Wheels up today and on our way to Boston! Tomorrow I have the pleasure of visiting the MBA students at @Harvard to discuss our @SevenBucksProd case study. Tune in to my Instagram because I'll be posting updates from campus, including a live broadcast with @AnitaElberse. #IFBBProCEO" #franklinwashington is going to Harvard!

Born on November 29, 1968 in Miami, Florida, Dany Garcia’s age is 48. She was a hyperactive kid, who had a horse as a teenager. While in high school, she was part of a band, and was a talented piano and horn player. She received her undergraduate degree from the University of Miami, before becoming the founder and the president of the Garcia Companies. Before this, she was the CEO of JDM Partners LLC. Garcia is also the founder and president of The Beacon Experience foundation.

Garcia met Johnson as an undergraduate at the University of Miami. Dwayne Johnson’s first wife tied the knot with the actor on May 3, 1997, and their divorce was finalized in 2008, but the couple stayed in touch. Dany Garcia’s daughter with Dwayne Johnson is Simone Alexandra, who was born on August 14, 2001. Garcia then married Dave Rienzi in 2014, and they are still reportedly going strong. Dany Garcia’s net worth is estimated to be $70.0 million and is sure to rise. After all, she has her own group of companies and is an active film producer with titles like Snitch, Wake Up Call and Lovely, Still to her name!

Also Read: Kenya Duke: Everything You Need to Know about Gary Owen’s Wife

Dany Garcia started her career by working in corporate finance, and worked her way up the ladder at the prestigious firm, Merrill Lynch. She decided to give up her lucrative career in favor of working full time as Dwayne Johnson’s manager. About her approach, she said, “Now, how do I build a corporation around him? How do I support him? Where is the marketing? Where are our extensions? Who are the partners who can help me duplicate? It’s like at Apple, except the technology is Dwayne Johnson.” Garcia ran a barn in New Jersey and sold business suits when she was in high school. She also worked while studying at the University of Miami. Now that Johnson’s career is reaching new heights in Hollywood, Garcia is quietly working behind the scenes and making waves in the industry.