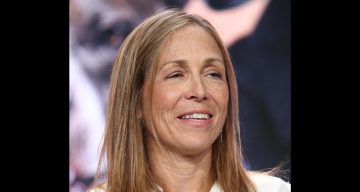 Dr. Michelle Oakley fell in love with animals at a very young age, and her passion only increased as she grew older. She decided to become a veterinarian and take care of all animals—even if some of them were dangerous. Today, Oakley is living her dream and helping treat of all kinds of animals in the Yukon area of Canada. She appears on the hit show Dr. Oakley, Yukon Vet, where viewers get a ringside view of her work as she goes about giving medical aid to often helpless animals. She’s based in Haines Junction, Yukon, Canada, where she runs her own animal clinic.

It takes an intelligent, caring, and brave woman to feel compassion for animals of the wild and take care of them her whole life. That’s exactly the kind of person Dr. Michelle Oakley is. Dr. Oakley is a veterinarian who handles and treats the various types of animals found in the Yukon region of Northern Canada. She is the only veterinarian in these remote parts and runs her own animal clinic in the village of Haines Junction.

This animal hospital is very close to her home, where she lives with her husband and three daughters. Dr. Michelle Oakley’s husband’s name is Shane Oakley, and their three daughters are named Sierra, Maya, and Willow Oakley. Even though Haines Junction has a population of only 800, it is the nerve center of operations as Oakley struggles to provide vital medical care for the animals under her watch.

Dr. Oakley Has a Hectic Schedule

Oakley also works out of Whitehorse, the capital city of Yukon, which is around 96 miles away. It’s grueling work, but Oakley has such a strong passion for treating and helping animals that she makes it work. She sometimes makes house calls that require her to drive quite a distance, but she’s also often needed even farther away. In such cases, she uses helicopters to travel by air and reach her destination quickly.

Oakley fell in love with animals at a young age, when she spent summers at her uncle’s dairy farm. Oakley was living in Indiana at that time, and was born there to parents Georgia Plantinga and Steve Plantinga.

Her Idol Was Jane Goodall

While growing up, she idolized Jane Goodall, the famous English primatologist and anthropologist, and watched her TV specials multiple times. She was fascinated by the animals she saw in the programs and how they were taken care of.

Her life-changing moment happened when she actually met her idol Jane Goodall at a book-signing event at a local zoo. Oakley was just 11 years old at that time and told Goodall that she wanted “to do what you do.” Goodall replied, “I believe you will,” and those words encouraged Oakley to pursue her dreams.

Dr. Oakley Studied to Be a Veterinarian

After finishing her high school studies at Munster High School in 1987, Oakley took up zoology at the University of Michigan in Ann Arbor, Michigan. While still a student, she signed up for a wildlife study in southwest Yukon. Little did she know at the time that she would spend so much of her future life in Yukon. She also attended the University of Prince Edward Island in Charlottetown, Canada, and earned a Doctor of Veterinary Medicine degree there.

When Oakley arrived in Yukon as an undergrad student, she found it mesmerizing and a whole new world. She was awed by the rugged wilderness of the place and the sheer variety of the animals in it, like the bison and the moose, among others.

Also Read: Eli Cuevas Wiki: Everything You Need to Know About the Veteran behind the Show Brothers in Arms

Her Husband Was a Firefighter

Oakley’s personal life also came to life in Yukon. During the wildlife study, she fell in love with a local wildland firefighter named Shane Oakley, and later married him. But love and marriage did not stop her quest for knowledge and chasing her dream. After relocating to Yukon in 1992, she continued her studies at PEI’s Atlantic Veterinary College and earned her doctorate in 2001.

She completed her internship at Calgary Zoo in Calgary, Alberta, Canada, and has kept in touch ever since, returning regularly as an educator. Today, Oakley lives an adrenaline-fueled, hectic life as a veterinarian traveling hundreds of miles in her truck to places in northern B.C., the Northwest Territories, Alberta, Saskatchewan, and other provinces of Canada.

Oakley is well-known to audiences these days because she is the star of the TV series Dr. Oakley, Yukon Vet, which airs on Nat Geo Wild and is currently in its sixth season. Her husband and three daughters have all been featured on the show over the years. Oakley says of her daughters, “They’ve kind of grown up on it.”

My babyG on the left is 20 today!! ?? So proud of you Mayamoo and the kind, capable, bright, empathetic, yukon-tough woman you have become! (Swipe to see pic her rocking the coveralls when she was little, too ??) #coverallscovergirl #dro #droakleyyukonvet #wildernessvet #petworm #droakley

Her Little Girls Are Out of the Nest

Grown up they surely are, because two of her older daughters are off completing their studies at Canadian universities. Sierra, the eldest daughter, is studying criminology in Nova Scotia, while Maya, the middle daughter, is hard at study for a pre-vet degree. Oakley is understandably proud of them and says, “They’re my right and left hands.”

Oakley has worked with a range of animals so far, including moose, coyotes, bison, bears, wild boars, grizzly bears, and the humble cat. Her work has taken her out of Canada occasionally, to places such as Alaska. She has had dangerous moments with wild and unpredictable animals several times, but she takes it in stride as part of her job.

Also Read: Jac Vanek: 4 Facts About the Host of “LadyGang”

It’s Not about the Money

Oakley said, “There’s definitely a fear factor to it, and there’s a lot of adrenaline to it, but it’s not why I do it. It doesn’t stop me. It’s what needs to be done.” Is there any money in the job Oakley is doing? Apparently, yes!

According to reports, Dr. Michelle Oakley’s net worth is around $700,000, and she receives about $15,000 per episode from her TV show. Her motive is not to just earn money, but it sure helps.

Dr. Oakley Is a True Friend of Animals

In the spirit of Christmas we had this little guy in for a neuter…just call me the nutcracker! #k-laser #Yukonvet

What really fulfills Oakley is tending to animals and providing them with medical care. Despite its hardships and dangers, Oakley cannot think of any other job she would rather do. Oakley will do this for as long as she can, and while she does, the animals of Yukon can rest assured that they have a true friend in the kind and generous, Dr. Michelle Oakley.