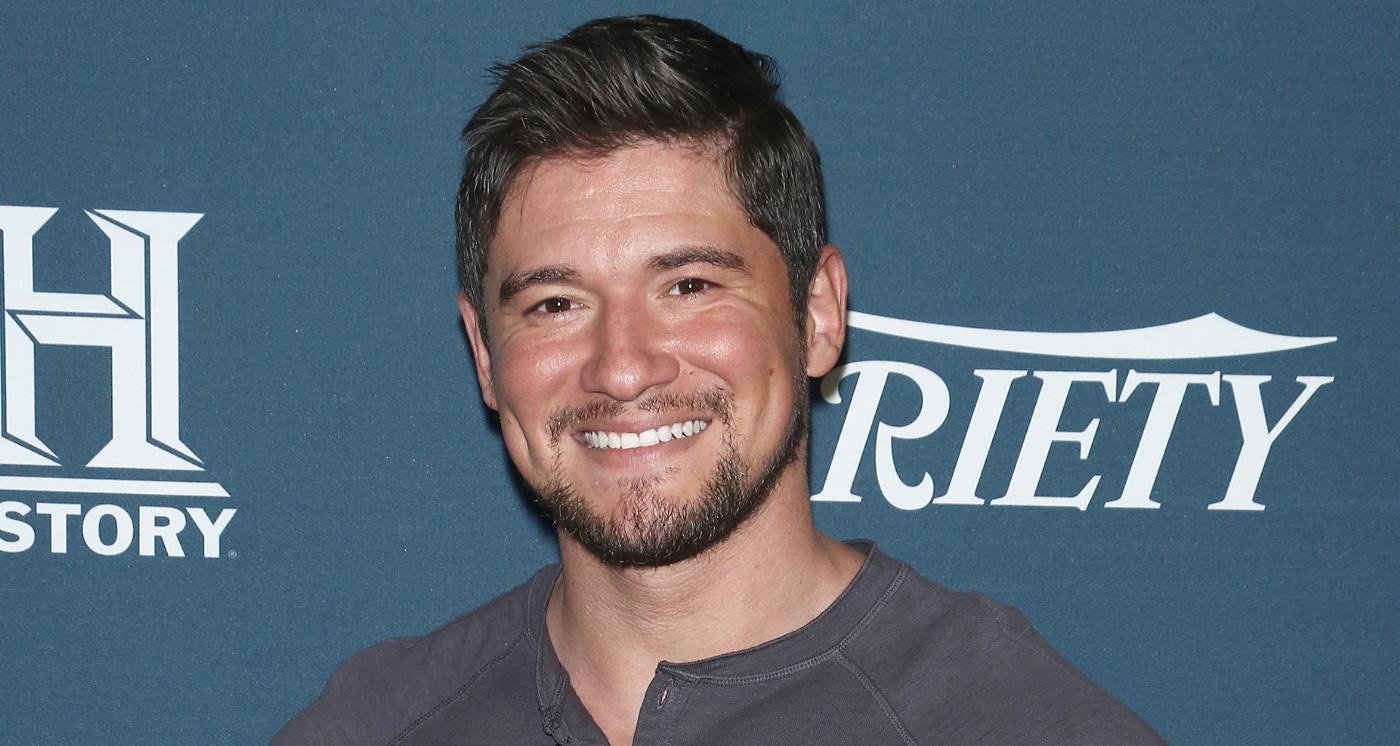 Brothers in Arms is the newest History Channel show, premiering on November 20, 2018, and one of the two cool new hosts is Eli Cuevas. You may recognize him from his fun Instagram page, which is locked and loaded with gun and other weapons videos! Before you get to watching Brothers in Arms, get to know who Eli Cuevas is, right here!

Vincent “Rocco” Vargas and Eli Cuevas are best friends who have served the country as an Army Ranger and a Squad Designated Marksman, respectively. The duo have served missions in Iraq and Afghanistan, and are well-versed in weapons and arms. Who better than them to host a new show on guns and arms? Meet Eli Cuevas in his wiki below!

Eli Cuevas hails from Crawfordsville, Indiana, and is a veteran who loved serving his country. His social media accounts are a testament to that, and now, he’s going to be on TV hosting a show that proudly displays his experience.

He also co-owns Double Tap Gear, which sells army and military clothing and accessories. The Facebook bio of the company reads, “Double Tap Gear is a veteran-owned merchandise and production enterprise. Sharing veteran stories one Drunken Debrief at a time.”

Cuevas, 33, looks like a man who keeps his personal life private. He does share some things with his fans now and then, like the fact that he has a son named Ryden and is engaged to video gamer, Instagrammer, and 1st Phorm Elite Athlete, Alex Zedra.

Epic Boner Killer Binds on Equip Finger +100 WISDOM +50 INTELLECT Requires Level 100 Use: awakens the inner power of never being wrong. Immunity to directions . I love you @alex_zedra I am so damn lucky

Looks they both live in San Antonio, Texas.

The duo is all set for the first episode, which is premiering tonight on the History Channel!

The show focuses on all types of weapons and arms, including the historic ones that the duo plan on reviving.

The promo shows off the two vets revamping and repairing tanks, cannons, handguns, and some heavy artillery, bringing them to life again so they can have one last thrill with them.

The first episode starts with a bang! Rocco and Eli plan on taking up repairs on a Cold War tank, and also a mystery weapon from WWII.

Check out a small video showing what’s to come:

Eli Is Raising a Son after Experiencing Great Loss

Eli’s Instagram may be full of heavy metal and dangerous arms, but every now and then, he posts some sweet and heartwarming pictures with his “mini-me,” Ryden. On Instagram, Eli revealed that Ryden is autistic, but that he is a very talented boy. It is unclear who Ryden’s mother is, but we’re sure his current fiancée is in full support of Eli and his son.

All I need! He always puts a smile on my face. He has his struggles but I wouldn’t change a thing about him. He has taught me so much:) #fatherandson #autismawareness #autism

It appears that Ryden is Eli’s second child, as the marksman had to say goodbye with a heavy heart to his firstborn.

The vet shared a picture of the hand and foot prints of a little baby girl back in 2010, and captioned it with a heartwarming message. The prints are of his late daughter, Brooklyn Rose Cuevas, who would have been Ryden’s older sister.

How he and his wife at the time lost the baby is unclear. “Daddy is sorry we never got to meet. But I know you are with god now and I will see you some day.I love you my lil girl. You will always be in our thoughts [sic],” he wrote as a caption.

My lil girls lil hands and feet. RIP Brooklyn Rose Cuevas. daddy and mommy love you and always will and we will never…

The future looks bright! The unconventional couple posted a funny engagement photo in December 2017. They both claim they’re not the gooey romantic types, but are totally in love. They haven’t really announced a wedding date yet, but we’re guessing 2019 might be a great year for them.

Alex Zedra comes across as a strong and rugged woman, complementing her fiancé well, and doesn’t seem to care for “girly-girl” things. Give her some guns and video games, and Alex Zedra is home!

“I won her heart with my sick ass memes, my mediocre looks, and my terrible shot group,” Eli captioned a photo of himself and Alex in what looks like a photo taken during a shooting practice.

My first photo with @alex_zedra I won her heart with my sick ass memes, my mediocre looks, and my terrible shot group. #mexican #relationship #meme