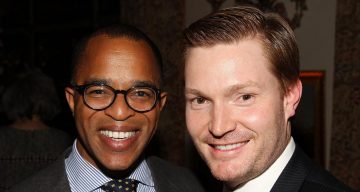 Famous journalist and TV personality Jonathan Capehart is married to former State Department official Nick Schmit. Schmit is no less impressive when it comes to his professional life. If you want to know more about Jonathan Capehart’s husband, then take a look at our Nick Schmit wiki.

Nick Schmit Studied at the University of North Dakota

Nick Schmit was born on December 30, 1980, which makes his age 37. He attended the University of North Dakota for his post-secondary education, and following his graduation, Schmit worked for the Clinton Foundation for two years. There, he was Director of Finance and worked closely with Hillary Clinton.

For a period of one year, from 2007 to 2008, Schmit worked as Travel Compliance Director for the Hillary for America presidential campaign in Washington, D.C. His work profile states about his duties, “Served as liaison between CFO and Legal Department to follow development of new Federal Election Commission and Senate Ethics Committee regulations, and designed campaign protocol to ensure compliance.”

Schmit then returned to the Clinton Foundation as a consultant for one year. In 2009, Schmit worked as an Assistant Chief of Protocol for Diplomatic Partnerships at the U.S. Department of State. He remained there until 2017.

Schmit has worked for multiple U.S. presidents and secretaries of state throughout his successful career.

He Is Jonathan Capehart’s Husband

One of my favorite moments of a memorable night. Photo by Becky Harlan for the New York Times. Here's the caption: Washington, D.C. – January 7, 2017 Former Attorney General Eric Holder officiates in the wedding of Jonathan Capehart (left) and Nick Schmit (right) in the Book Room at the Jefferson Hotel in Washington, D.C. Here, he raises his fist as he explains that the couple moved up their wedding so they could be married under the current administration, saying, "I guess that means we're part of the resisitance." #dc #thejeffersonhotel #anniversary #ericholder

Capehart and Schmit were introduced to each other by Jed Hastings and his now-husband Joe Solmonese. In 2010, Hastings reached out to Capehart and told him that his sister-in-law had a single cousin, Schmit, who had moved to Washington.

However, at the time, Capehart was in a relationship and took a pass on the matchmaking. After six months, Hastings again contacted Capehart on Facebook.

Capehart agreed and asked Hastings to send him a picture of Schmit. Capehart liked the photo, and on his approval, Hastings introduced the men in a joint message.

They connected through messages and Capehart was impressed by Schmit and his command of the English language. Schmit was also impressed to learn that the man he’d watched on TV was approachable and modest.

They quickly went on two dates. Initially, Capehart was worried about their age difference of 13 years, but Schmit turned out to be a mature soul—a homebody whose ideal night is spent curling up in bed to watch a movie.

Schmit and Capehart had been dating for over five years when Capehart popped the question to him in May 2016. Before the proposal, Capehart called up Schmit’s mother for her blessing.

Capehart spent four months planning the perfect surprise proposal for Schmit. Capehart asked Schmit to marry him just before sunrise on the roof terrace of their room with a beautiful view of the Amalfi Coast in Positano, Italy.

During the proposal, Capehart gave Schmit a handwritten note and a red box with a gorgeous engagement ring inside. Of course, Schmit said yes to his proposal.

After eight months of engagement, Capehart and Schmit were married on January 7, 2017, by former U.S. Attorney General Eric Holder Jr.

During the ceremony, Holder paused as he cried happy tears. The sweet couple was married in the Jefferson hotel in Washington, after moving up their wedding date so that they could get married under the current presidential administration.

Schmit is the third child of his mother, Jan Schmit. His sister, Sara Schmit-Krause, works at Cargill as a Supply Chain Planner. Sara is married to Greg and the couple has a daughter together.