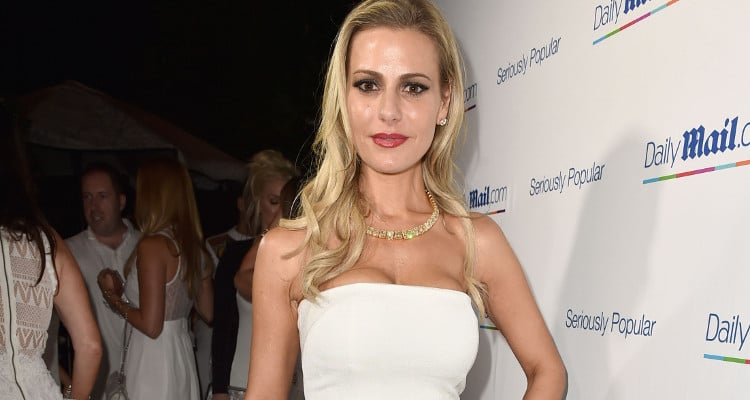 Dorit Kemsley has become a household name since she debuted on The Real Housewives of Beverly Hills season 7. Since her 2016 debut on reality television, Dorit has never failed to bring the drama and entertainment to the Bravo franchise. From her feud with Kyle Richards to ranking among the top 10 richest Housewives of the franchise, Kemsley is the complete reality star package. This Dorit Kemsley wiki traces her rise to fame.

Born Dorit Lemel on July 14, 1976, she hails from Woodbridge, Connecticut. Not much is known about her family, but she did open up about her father.

Dorit’s parents including her father, Shalom Lemel, are from Israel. She is a first-generation American born to Israeli parents.

Dorit is well-known for her multilingual background. Although fluent in Hebrew among other languages, she wasn’t raised primarily speaking Hebrew by her parents.

“My father’s Israeli but I wasn’t raised speaking Hebrew, and I wanted to learn when I was a teenager so I would insist that my father would only speak to me in Hebrew,” the reality star said.

When Erika Girardi got into Dorit’s face about her accent, she explained her unique accent is a combination of various factors. That includes her marriage to a British native, her frequent travels to Europe, and her fluency in the Spanish, Italian, and Hebrew languages.

The formerly Dorit Lemel graduated from Amity Regional High School in Woodbridge in 1994. She later acquired a bachelor’s degree in marketing, communications, and design from Quinnipiac University in Hamden, Connecticut.

According to Bravo, Dorit left her hometown to travel the world when she was 19. Her jetsetting brought her to Italy where she used her degree to work at a global swimwear organization for 10 years.

Her experience in the industry brought her back to the U.S., in New York, in 2009. Her eponymous fashion label, Dorit, began in the Big Apple with a focus on high-quality swimwear and Italian resort wear.

She is also a philanthropist who supports Safe Kids, aimed at reducing the amount of preventable injuries within the U.S.

Joining the Real Housewives of Beverly Hills in 2016 has brought Dorit Kemsley both fame and fortune. Her business and reality TV have built her an astounding net worth estimated at $50.0 million. Thanks to her millions, Kemsley ranks among the richest Housewives of the franchise.

While living in New York, Dorit Lemel met Paul “PK” Kemsley at a restaurant. British-born Kemsley is a property tycoon and former executive of the Premier League club Tottenham Hotspur. He also owns an entertainment agency that manages his good friend, Boy George.

He split his time between London and Los Angeles, but also traveled to New York often. On one such trip to New York, mutual friends introduced him to Dorit.

Paul asked her on a date, but Dorit declined because of a business trip to Hong Kong. He asked her to postpone her flight, she declined, changed her mind, and then went on a first date with him.

They’ve been together ever since. Paul even moved to New York to be with her.

On a dinner with both Paul and Dorit’s parents, Paul proposed to her. They married in a lavish wedding on March 7, 2015. Their wedding was a traditional Jewish ceremony at New York’s iconic venue, the Rainbow Room.

This is Paul’s second marriage. He has three children with his ex-wife, Loretta Gold. Gold and the children moved back to London after the divorce.