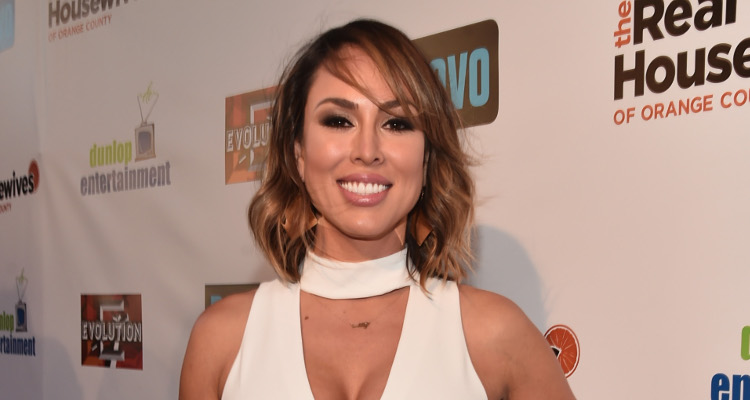 If you are a fan of The Real Housewives of Orange County, then you already know about Kelly Dodd. She knows how to bring the drama, both on and off the TV screen, and if you’re a fan of the show, you know what a firecracker she can be!

Since becoming the newest member of RHOC, the reality TV star has been through her fair share of ups and downs. Recently, Kelly Dodd’s age (which is 42) needed to be corrected in an article, because the publication incorrectly reported that she was actually two years older than she really is. (Every woman’s worst nightmare!) But there’s more to Kelly Dodd than just her age! Have a look at our Kelly Dodd wiki to learn all the details about this fierce housewife.

While everyone else knows her as Kelly Dodd, real name Kelly Meza on September 26, 1975, and is originally from Arizona. Her parents are Bobbi and Frank Meza; she has a younger brother named Eric and she is of Latin descent. According to her Bravo profile, Kelly’s heart is as big as her mouth and she loves all things fun! Though her favorite things are gossip and champagne!

She has a preteen daughter named Jolie, with her ex-husband Michael Dodd. They got married in 2006 but divorced officially in 2018. Their marriage was often a plot for them on the show where they were seen constantly fighting and trying to make it work. Dodd knew that it wasn’t right for them to be fighting in front of young Jolie, and though she tried to make her marriage work, eventually she threw in the towel. Many who watched the show saw the ups and downs of their relationship and weren’t shocked to hear of the news when it finally ended.

Kelly’s net worth is estimated at $10.0 million, making her one of the wealthiest of the Orange County housewives. Though retired now, Kelly made her own living from her days as chief operating officer (COO) of  a Newport Beach cosmetics company called Kiss Me Mirrors. Her ex, Michael, is also retired and increased her income with the money as his time as the president of educational toy company, LeapFrog Enterprises, Inc.

According to sources, Kelly purchased a home in Newport Beach for $6.25 million and later sold it for less, at $5.0 million. It’s unknown how much Kelly or any of the Orange County housewives get paid per episode, but it’s suspected to be in the six figure range. Kelly also owns a BMW and is currently renting a house in Newport Beach with her daughter.

If you ever want to see more of Kelly Dodd’s pics, then look no further than Kelly Dodd’s Instagram. She’s always posting about her family, friends and anything in general that interests her. Recently, the reality star posted an endorsement for Teami Blends, a Florida-based company that makes tea designed to cut stomach fat and promote weight loss. She posted a promotion code with her lengthy caption but so far, there’s no amount given about her paid partnership with the company.

Kelly also posted about an article in People, where they wrote her age as 44, instead of 42. Until recently, Google also stated that she was 44 but has since changed it to her correct age. (Any woman would have likely made sure to correct that mistake!)