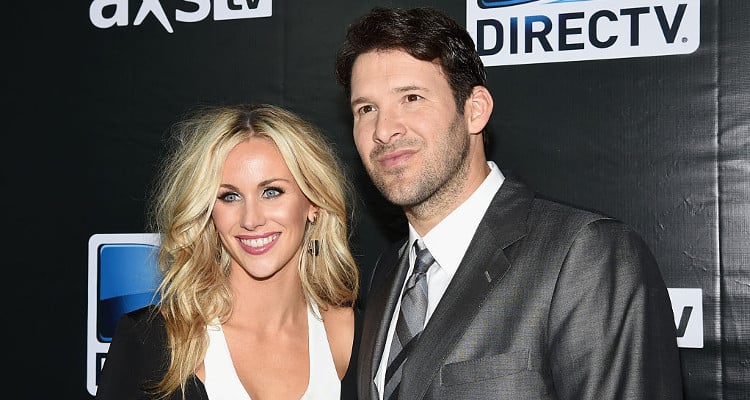 She was a beauty pageant winner and a successful reporter before marrying football quarterback, Tony Romo. Now, the mother of two is pregnant again and expecting her third child this summer!

There is good news in the Romo family! Candice Crawford (Tony Romo’s wife) is thrilled that she is pregnant again with their third child. On Valentine’s Day 2017, she told a local radio station: “We will be expecting our third little Romo offspring this August.” Crawford and Romo already have two sons named Hawkins and River and are busy preparing for the arrival of their third child. Romo recently announced his retirement from the Dallas Cowboys, after playing with the team for 14 years. Find out more about who Tony Romo is married to, as well as details from Tony Romo’s wiki, right here.

Candice Crawford was born on December 16, 1986, in Lubbock, Texas. She is the younger sister of Gossip Girl star, Chace Crawford. She graduated from Trinity Christian Academy in Addison, Texas in 2005. After high school, Crawford enrolled at the University of Missouri at Columbia, Missouri, where she studied journalism and business. While there, she worked at the local NBC affiliate, KOMU-TV as a reporter and later for the Dallas CBS affiliate, KTVT. For the latter, she worked as a reporter and covered the Dallas Cowboys on The Blitz. Crawford was also a volunteer writer for the sports blog, Midwest Sports Fans.

Not many people know this, but Candice Crawford got into trouble with the law in 2007, when she was arrested for underage possession of alcohol in Columbia, Missouri. She was 20 at the time. Crawford began dating Dallas Cowboys quarterback, Tony Romo in the summer of 2009. Things became serious pretty quickly with the couple, who married on May 28, 2011. At that point, Crawford was working for KDAF in Dallas. Ambition and hard work was instilled in Crawford, who won the Miss Missouri pageant and went on to represent Missouri at the Miss USA 2008 pageant, where she placed tenth.

While working at KDAF, she covered high school sports and the nightlife hot spots in Dallas-Fort Worth for the Up All Night segment. She co-hosted The RC Project with Roni Proter about the latest trends, and she was the host of the Dallas Cowboys’ weekend sports show, Special Edition. Even though Candice Crawford’s age is just 30, she already has a lot of achievements under her belt.

Nobody would know that the former Miss. Missouri has two kids and a third on the way. With her figure, people are constantly searching her social media pages for Candice Crawford’s hot pics. Sorry guys! Candice Crawford’s Instagram account is full of pictures of her kids and husband, who are the loves of her life. Her family is the most important thing to her, and she shows her support for them whenever and wherever she can.

Baby on the Way

This pretty much sums up our week…..This guy never ceases to amaze me. #tbt #naptimeplease

Right now, Crawford is focused on preparing herself for her third baby. About being a father, Tony Romo has said, “It strengthens your family values and your family and the love you have, which is already really strong. It’s been a great blessing from God to put us in this situation. We feel very honored.” With such a supportive husband, we are not surprised that Candice Crawford is so happy about baby number three!