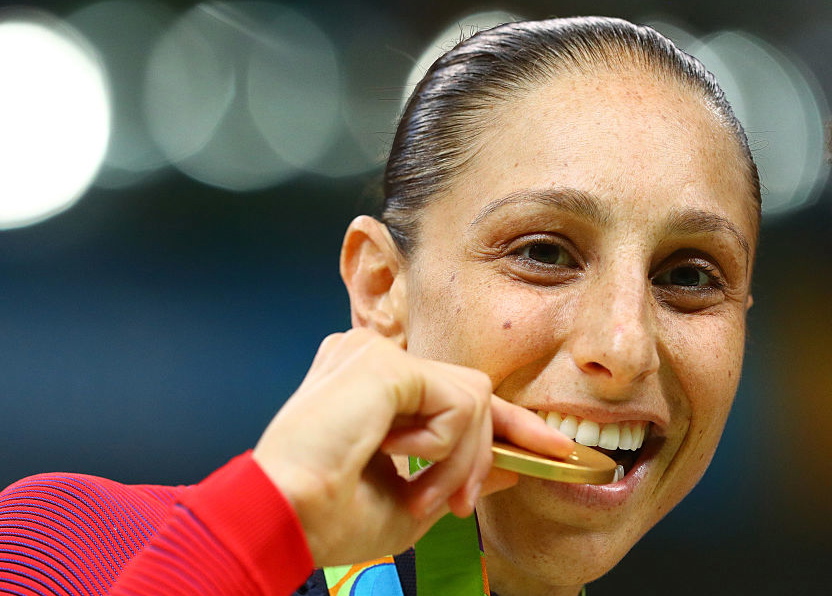 There’s a new queen of the court and her name is Diana Taurasi. The Phoenix Mercury player received a standing ovation recently from none other than the Black Mamba himself, Kobe Bryant! To know more about her, have a closer look at our Diana Taurasi wiki.

Who is Diana Taurasi?

Diana Taurasi’s age is now 35 as of June 11, but she’s been ruling the court as if every game might be her last. Not much is known about Diana Taurasi’s parents, but there’s no doubt that they are proud of their daughter’s accomplishments. They are often in the crowd at her games and they raised her in her hometown of Chino, California. She later attended the University of Connecticut.

Diana Taurasi’s net worth is reportedly $1.5 million and Diana Taurasi’s salary is $100,000 per year. After scoring 19 points in her most recent game and her overall athleticism, she’s already being considered the title of GOAT (Greatest Of All Time) and is the WNBA’s all-time scorer. For Taurasi, it’s not about the numbers on the scoreboard or her own stats, but for the love of the game, believe it or not.

“Personalities are just as important as talent on teams,” Taurasi said to ESPN. “There have been teams I’ve played on that, frankly, weren’t very good talent-wise. But everyone was on the same page trying to get the same things done, and you can live with that.

“Then there have been teams with different agendas, which ripped the fabric of just wanting to win. And then you’re too busy fixing yourself and your team, instead of working on beating other teams. That’s when things become very difficult.”

The WNBA isn’t as popular as its male counterpart and it doesn’t get as much attention, but skilled athletes like Taurasi might change that perception.

Sorry guys, Taurasi is officially off the market! Diana Taurasi’s wedding to former WNBA teammate Penny Taylor, 36, was in May 2017 and both looked amazing in white. Taurasi wore a pant suit, while Taylor wore a layered gown. They exchanged their “I do’s” in Phoenix Arizona on a beautiful Saturday afternoon.

“It was the most amazing and beautiful day of our lives,” Taurasi told People. “To be able to share our love with family and close friends meant the world to us.”

Just an amazing day, one of the happiest days we’ve ever had,” Taurasi told the Arizona Republic. “It would have been nice to follow it up with a win, but we’re just really happy. It was one of the times where all our families were together, all the people we love and care for in the city that we met and evolved as teammates and wives now. It’s been pretty cool.”

She added: [It was] everything we hoped it would be,” she told Arizona Republic. “We had all our favorite people in the world from all over the world there.

“It was the perfect timing and real celebration of everything we’ve been through and how we’ve been professionals and supportive of each other through some really tough years and challenging careers.”

LeBron James, Kevin Durant and Kobe Bryant had nothing but love and respect for Taurasi, after witnessing her new record. Durant, who recently won the NBA Playoffs, wasn’t afraid to fight off a few trolls online in honor of the record-breaking WNBA player. Taurasi is on top of the world and there’s no sign of her slowing down anytime soon!