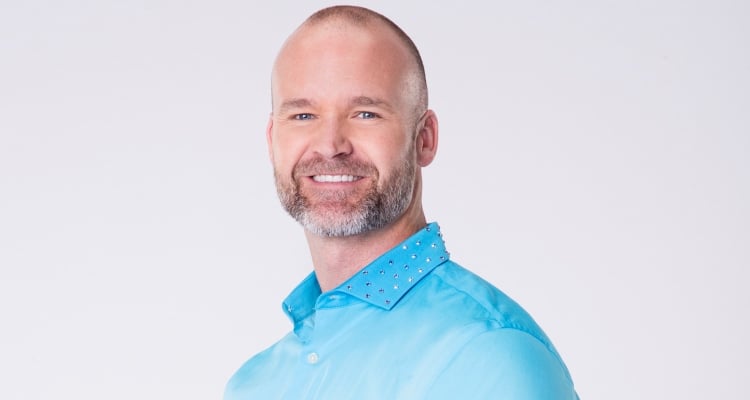 It turns out you can teach an old dog new tricks, after all! Retired Chicago Cubs catcher, David Ross is Dancing with the Stars‘ most surprising contestant, and he’s already off to a good start after just one dance! The 40-year-old retiree scored an amazing 28 out of 40 on his first performance with dance partner, Lindsay Arnold. If you’re curious to know more about the baseball veteran, then keep reading to learn more in our David Ross wiki!

David Ross was born on March 19, 1977 in Bainbridge, Georgia. He received an athletic scholarship to attend Auburn University in Auburn, Alabama, where he began his baseball career playing for the Auburn Tigers. After playing for teams such as the Atlanta Braves and Boston Red Sox, Ross made a home for himself with the Chicago Cubs, where he retired.

The Dancing with the Stars cast for 2017 is made up of some of the world’s most talented individuals and the best professional dancers, and Ross isn’t the only athlete forced to come out of his comfort zone! Olympic gold medalist, Simone Biles is also among the Dancing with the Stars cast this season, and she took home the best score of the show’s Season 24 premiere last night!

The baseball veteran (also known as “Grandpa Sexy”—which is probably a meme on Instagram by now) amazed all the judges with a blinged-out Cubs uniform as he danced the quickstep to “Go Cubs Go” by Steve Goodman. No matter where Ross goes, baseball is sure to follow and it looks like the former Cubs player is as good with his feet as he is with his hands!

Also Read: David Ross and Lindsay Arnold on “Dancing with the Stars” 2017: 3 Facts to Know

“It’s not a home run, but I’ll tell you, you got yourself to first base,” judge Len Goodman said.

With a score of 28 out of 40, Ross could do a lot worse and so far, he’s safe from elimination after his performance.

According to show producers, Ashley Edens and Joe Sungkur, there’s no real method as to who the celebrities get partnered up with.

“There’s no real science or a perfect formula behind the pairing process,” said Edens to The Hollywood Reporter. “The dancers don’t have a say in who they’re getting. Joe, myself and [casting director] Deena [Katz] who books the cast.”

She added: “Deena will know the celebrities a little bit more. Joe and I work with the dancers day in and day out so together we try and make the best pairings based on height, personality [and] dance ability or lack there of. We try not to always put predictable pairings together. You’re not seeing Witney [Carson] with the exact same type person every single season. That’s a challenge. And ultimately, we want everyone to be happy whether it’s the celebrity or the dancer. That’s at the forefront in making the strongest pairings.”

David is married to Hyla, a licensed pediatric nurse and they’ve been married for 18 years. Together they have three children; daughters Landri and Harper, and son Cole. Hyla had a C-Section because of an abruption (when the placenta is detached from the uterus). She could have bled to death, but the procedure was a success for both the mother and child. To David, family comes first and his retirement allows him to spend more time with his loved ones—when he’s not hitting home runs on the dance floor that is! 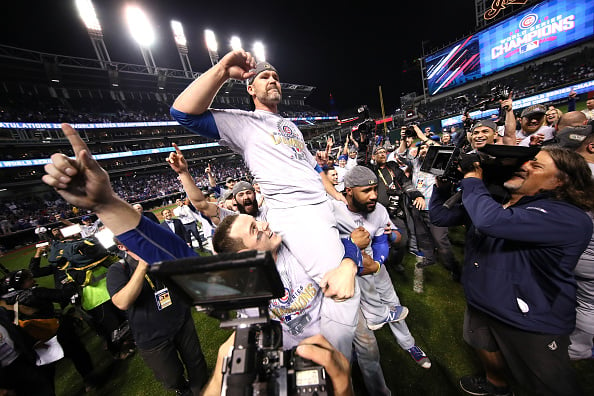 He’s Getting His Own Movie

Radar pictures is turning his memoir into a film, which means the Chicago Cubs World Series win is headed to the big screen! The film will be based on his book, Teammate: My Journey in Baseball and a World Series for the Ages. The movie will be called Teammate: My Life in Baseball. As if his stats and net worth of $5.0 million wasn’t enough, it looks like he gets to add a movie memoir to the list!

Catch Ross on Dancing with the Stars on Mondays at 8:00 p.m. EST on ABC!