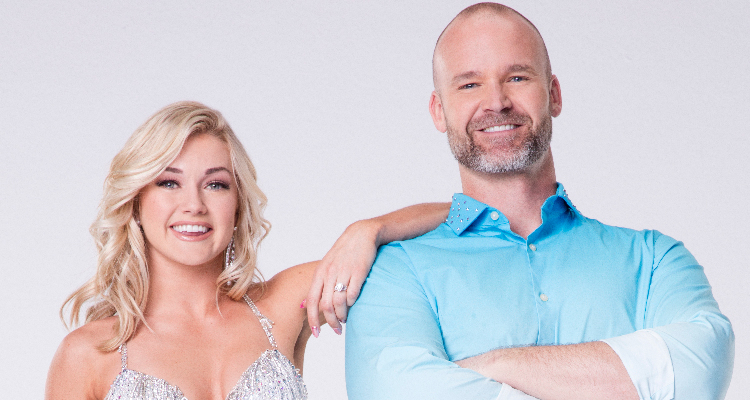 Former Major League Baseball catcher, David Ross and professional ballroom dancer, Lindsay Arnold are one of the couples on this season of the dance reality show, Dancing with the Stars. Here is everything you need to know about the power-packed pair.

Former professional baseball catcher, David Ross is one of the contestants on Dancing with the Stars 2017 and he is paired up with the sensational professional dancer, Lindsay Arnold. They have been rehearsing their first routine, and will be performing the Quickstep to Steve Goodman’s, “Go Cubs Go.” Ross is the first MLB player to be a part of the Dancing with the Stars cast.

Season 24 of Dancing with the Stars will be premiering tonight (March 20), and it looks like Ross worked extremely hard to get his steps right! If you are a huge fan of David Ross and would like to know some interesting information about him and his dancing partner, then keep on reading.

David Ross and Lindsay Arnold on Dancing with the Stars

Enjoying some @KelloggsUS Raisin Bran Crunch Apple Strawberry with my family b4 the kids are off to school. Living the good life! #ad

David Ross is a retired MLB catcher who has played for various major league teams, including the Boston Red Sox and Chicago Cubs. In 2016, he became the oldest player to achieve a home run in the World Series. Although catchers do not always get the recognition they deserve in the sports world, Ross will definitely shine on Dancing with the Stars. He will be the first-ever professional baseball player to compete on Dancing with the Stars.

Ross’ Thoughts about Coming on Dancing with the Stars

Funny, athletic, and ready to dance! We've got our bases covered with our FIRST EVER @mlb alum, @grandparossy_3, joining @lindsarnold this season! #DWTS ⚾️?

During an interview with US Weekly, Ross said, “I’m a guy that doesn’t take himself too seriously. I told Lindsay she can put me in pink and bling me out in rhinestones, it doesn’t matter! Do me up, put me in the outfit — I’m comfortable enough in my own skin that it doesn’t matter if I think other people are judging me. I think I’ll probably be harder on myself than anyone else.” Ross seems pretty confident about his dancing skills, is willing to learn anything, and will give it his best shot. He is used to being in front of millions of people, so we are sure he will be able to handle himself well on stage.

Lindsay Arnold is a Professional Dancer on Dancing with the Stars

Lindsay Arnold was born on January 11, 1994, in Provo, Utah. She is a professional ballroom dancer and has been a part of Dancing with the Stars since season 16. Arnold has been dancing since the age of four and has done her training with some of Utah’s best teachers, including Shirley and Mark Ballas. On her first season of Dancing with the Stars, she was the second youngest pro dancer on the show. She has worked with several celebrities and has helped three of them to finish in the top four positions! Former Georgia Tech football star, Calvin Johnson Jr. was her partner last season on Dancing with the Stars, and the two placed third.