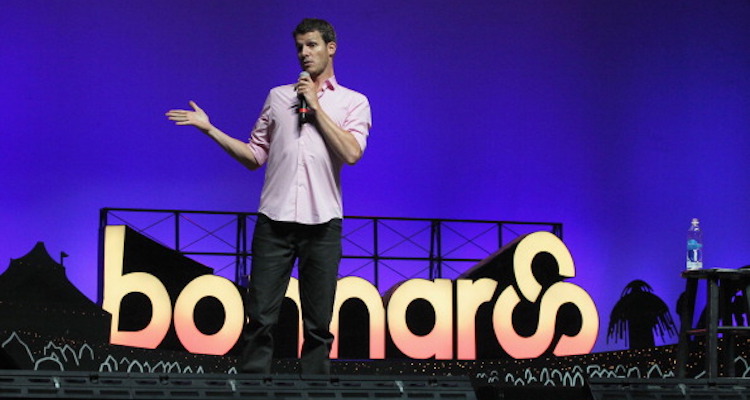 Comedian Daniel Tosh has the unique ability to joke about anything, and it’s clear that no topic is taboo for him. But he reportedly went too far with comments about his girlfriend, Megan Abrigo during his show, fueling rumors of that being the reason she left him.

If you have believed that Daniel Tosh’s wedding was over and done with, then the joke is on you. Tosh was joking when he tweeted about his marriage to his “ballerina.” There were rumors that Daniel Tosh’s girlfriend tied the knot with the comedian, but they turned out to be false. The two split in 2014, following reports that Abrigo was offended by some of the things Tosh said about her to his audience. Who is Daniel Tosh dating now? We will tell you all about Daniel Tosh’s dating timeline, right here.

His Breakup with Abrigo

Fall is officially here but no matter the season, a bikini is still my favorite outfit! 👙 @acaciaswimwear 📷 @justinmacala #fall #nyc #model #work #chillvibes

Abrigo and Tosh began dating in February 2009. The two were spotted at several places, including Gansevoort South hotel in Miami Beach, Florida. Trouble started when the Tosh.0 host repeatedly joked about Abrigo during his “Happy Thoughts” comedy special. It was reported that the couple would frequently joke about each other, but apparently the jokes went too far. Once the relationship reached its breaking point, Abrigo and Tosh were seen less in the public eye. Eventually, tabloids and the media stopped covering them, causing people to speculate whether or not they broke up.

His Marriage is a Hoax

It was said that the comedic comments proved to be too much for Megan Abrigo, who broke up with Daniel Tosh. In March 2014, Tosh tweeted about his “wife,” who happened to be a ballerina. His tweet mentioned how she made “everyday a little more beautiful” and ended with “#soblessed.” Considering his history of satire, people were understandably confused with Tosh’s tweet and wondered if he secretly got married. It turns out, the tweet was a joke! Daniel Tosh explained this in an interview with Paulduane.net saying, “I’m not gay. I am not married, and I don’t even necessarily believe in the institution of marriage as our culture currently practices it.”

Tosh is a One Man Joke Factory

Speculation at this time is that Daniel Tosh is currently single. He has set the record straight, insisting that he is neither married nor does he have any children. The comedian is also still denying rumors of being gay, though he is an avid supporter of gay rights and the LGBQT community. At this time, it looks like Tosh is on the market, which could be good news to anyone looking for a funny guy (and is not easily offended!)