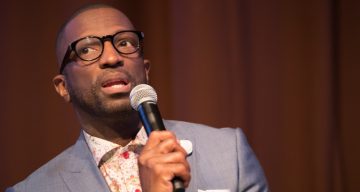 Is This Donald Trump’s Kenyan Half Brother? [PHOTO]

The unknown man’s hair is what made people wonder if president Donald Trump’s half-brother is in Kenya. How is it possible that more than one person has The Donald’s exact distinctive hair style? Is it photoshop or does the man in question really have similar hair? That seems to be the case, but it hasn’t stopped Trump haters from laughing out loud at the Internet meme. The photograph, which the comedian undoubtedly posted as a joke, has suddenly gone viral as people now question and laugh at the hilariously similar ‘do’s!

Many have gone as far as to wonder if this was an elaborate prank from a member of the Rickey Smiley Morning Show cast, but as it turns out, that’s not the case either. No one ever knows who creates all the various memes that go viral, but that doesn’t stop anyone from enjoying them. Rickey Smiley is an American stand-up comedian, television host, actor, and radio personality. He is most know for his famous prank calls in which he disguises his voice and carries on full conversations with his unsuspecting prank call recipients. The Rick Smiley Morning Show is a hip hop focused radio show with southern appeal and raw humor, so it’s no surprise that Smiley would post something as hysterical as “Trump’s Kenyan half-brother.” How could you not expect that to go viral?! 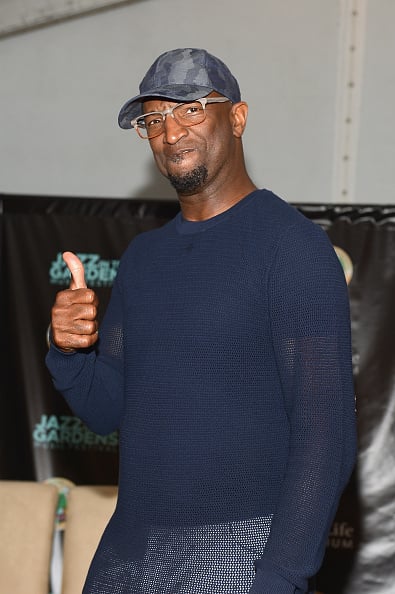 Long before Trump took the oath of office, millions have been against him for his negative choice of words and racist comments. Many have been against him for wanting to build walls, instead of bridges and wanting to break up crucial trade agreements such as the North America Free Trade Agreement (NAFTA). It seems like only yesterday when women, not just from America, but all over the world, decided to participate in the Women’s March shortly after Trump’s inauguration. Celebrities (both men and women) marched to stand up against the country’s 45th president, challenging his stance on the freedoms of others. Not even a week into the oval office and Trump has been the unwitting inspiration for memes all over the Internet, from holding his wife Melania hostage, to having a Kenyan half-brother. 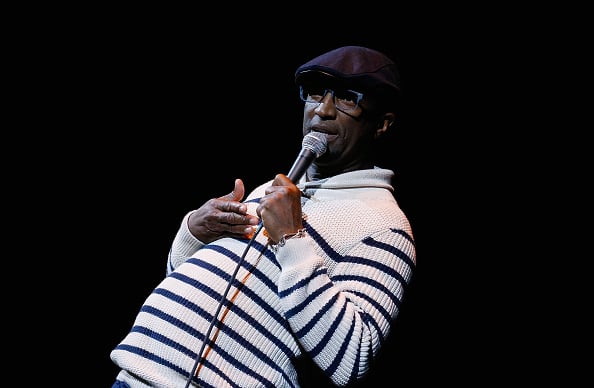 Around the same time of the false Trump-Kenyan brother meme, Smiley was busy with another headline reagarding his son’s own racist comments about black women. In a recent episode of Rickey Smiley: For Real, the 48-year-old Alabama native’s son (Malik, 15) made comments about not finding black girls attractive, after his cousin set him up on a date.

“Her face,” Malik said. “Black females are not attractive to me. I look at them like my sisters… I went to an all-white school. Sometimes, people have different tastes, and I don’t have a taste for her.”

Naturally, the comments caused an outrage among fans who blamed Rickey for not teaching his son better. Rickey responded to fans and stated that his son was set up by the producers of the show.

“Last week, my son just coincidentally [texted] me and said, ‘Dad, I made a mistake.’ He said he’s getting [blown] up on social media because of his statement about not being attracted to Black women,” he said on the Rickey Smiley Morning Show. “Sometimes, people will get into a situation with a certain agenda. If our target audience is Black women, why would we have that air? I was pissed.”

Malik responded that his original comment on the show was scripted, before it was edited.

“I really did not mean it in that way,” he said. “He gives me a script and I say exactly what’s off that script. They told me to say that. I did not say that. They must have cut this out — I said that I had bad experiences with a lot of Black females and I just want to try something different… I copied exactly what they told me to say.”

At least now the attention has shifted back to comedy, and the “Trump Kenyan Half-Brother” is still the hot topic circling the Internet today!